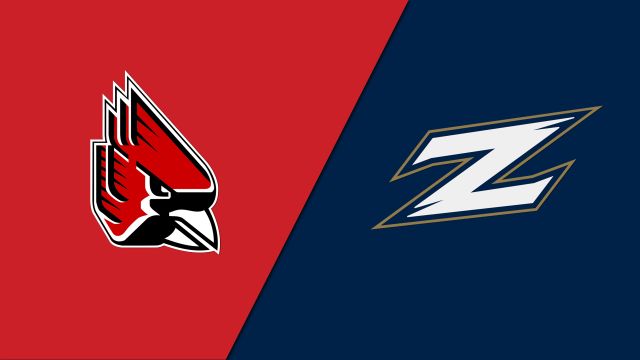 Week 10 of the 2021 college football kicks off Tuesday, November 2, with the Mid-American Conference showdown from InfoCision Stadium in Akron, Ohio, so we’re taking a closer look to bring you the best Ball State Cardinals vs. Akron Zips betting pick and odds.

The Cardinals meet the Zips for the first time since 2017, opening as massive 19.5-point road favorites on BetDSI Sportsbook. Akron is a +690 moneyline underdog, while the totals are listed at 57.0 points.

The Ball State Cardinals (4-4; 3-5 ATS) are coming off a bye, hoping to get back to the winning ways. Back in Week 8, they snapped a three-game winning streak with a 24-17 loss to Miami (OH) as 3.5-point home favorites. Before that tough defeat to the RedHawks, the Cardinals have earned two consecutive road wins over Western Michigan 45-20 and Eastern Michigan 38-31.

Ball State is scoring only 24.5 points per game (tied-90th in the nation) on 335.0 total yards (112th). The Cardinals have struggled on the offensive side of things earlier in the season mostly because of their inconsistent ground game. They average just 3.5 yards per rush, while senior QB Drew Plitt has tossed for 1,591 yards, 11 touchdowns, and four interceptions so far this season.

Akron’s defense has been awful for most of the year, surrendering 449.1 total yards per contest (115th). The Zips are yielding a whopping 5.8 yards per carry, while their opponents are converting 52.7 percent of their 3rd downs (128th).

Both Ball State and Akron have struggled to cover as of late. The Cardinals are 3-1 ATS in their last four outings, but they’ve covered only once in their previous five showings as double-digit favorites. On the other side, the Zips have been terrible, going 2-13 ATS in the last 15 games at home and 3-8 ATS in the last 11 showings as underdogs of 19.5 or more points.

The Zips’ defense is one of the worst in the country which is the main reason why I’m backing the visitors to cover. The Cardinals should easily come out on top, though covering a 19.5-point spread will be a tall task.

The Zips have allowed 34 or more points in four of their last five games overall. They’ve been horrible against rushing, so I’m expecting the Cardinals to move the ball easily. If Ball State hit a 40-point mark, we should get an over, as the Cardinals will probably allow the Zips to score some points.

Ball State has yielded 20 or more points in each but one of its eight games this term. The over is 4-1 in the Cardinals’ last five games on the road, and it is 8-2 in their last ten games played in November.