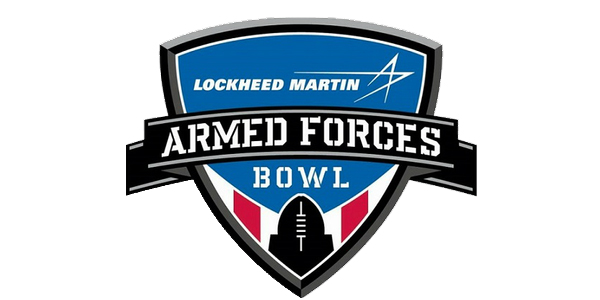 Let’s be very honest – this season has been kind of a disaster for the Mississippi State Bulldogs, although it certainly didn’t look that way at the outset. They looked like they were going to be a pain in the neck for any opponents in the SEC.

But right now MSU is sitting with a 3-7 record (4-6 ATS), which wouldn’t be eligible for a bowl under normal circumstances. And now they have a tough “out” facing them in the Tulsa Golden Hurricane, which finished as the runner-up in the American Athletic Conference.

The Armed Forces Bowl is slated for Thursday at Noon ET at Amon G Carter Stadium in Fort Worth. If you are a customer at BetOnline, you’ve got lots of props, in addition to live betting, and Odds Booster, which afford you greatly enhanced payouts on pre-selected parlays, every day of the week.

Tulsa has credentials; there is no question about that. They have lost twice – a defensive battle against Oklahoma State in which they gave up just 277 yards, and the American conference title game against Cincinnati, in which they gave the Peach Bowl-bound Bearcats a scare before losing a 27-24 decision.

They have gotten the job done largely with defense, and Joe Gillespie (the coordinator) deserves a lot of credit, because there were plenty of new starters. Tulsa (6-2 SU, 7-1 ATS) was 24th nationally in Total Defense, and gave up just 4.6 yards per play, which is eighth best.

Mississippi State is 16th in the nation in passing offense but only 109th in scoring, so obviously there is a disconnect of sorts, from the standpoint of efficiency. The fact that only two teams in the country have had a worse turnover margin may account for some of it. So can the fact that they are competing in the SEC, where they have faced the likes of Alabama, Texas A&M, Georgia and Auburn.

Mike Leach came to the head coaching job amidst much fanfare; he had high-flying Air Raid offenses at Texas Tech and Washington State, as well as his days as an assistant at Kentucky. And he came in huge, with a 44-34 win over defending champion LSU in the opener. KJ Costello, a graduate transfer from Stanford, threw for a whopping 623 yards in a performance that was shocking, to say the least.

But Costello got the shakes, it appears, after that, as he has thrown for just 660 yards, with one TD and nine interceptions since then. And he got injured against Alabama, which opened the door for something Leach has never done before – start a true freshman at quarterback. Will Rogers has completed 220 passes for 1828 yards and ten TD’s, and Leach says that he is “as far along” as any freshman he’s seen.

And maybe that makes them a little different team than they’ve been. The Bulldogs have averaged just 36 rushing yards a game, last in the nation, and that’s really not a big surprise since Leach has not run much at his other stops. Kylin Hill, who ran for 1350 yards last season, didn’t really fit in, and left the program to prepare for a possible NFL opportunity.

We are going to go against “fashion” here with this play. What we mean is that it may be fashionable for people to go with the lesser-known program so as to look like a sharpie. But let’s explain ourselves to BetOnline patrons.

Tulsa covered seven of its last eight as an underdog.But now they are in the favorite’s role, and against an SEC team no less. If you look at what the Bulldogs have done, sure they have been blown out by Alabama. But they weren’t blown out by Texas A&M. Or Georgia, Or Auburn. Don’t confuse these guys with Ole Miss, in the respect that they actually play a little defense, ranked 50th in the country.

Costello is available again, but Leach has a young quarterback he’s comfortable with; who has accuracy (just under 70%), which Leach values most, and has only seven picks in 316 attempts, which isn’t catastrophic. On the other side, Smith (56%, 12 TD, 8 INT) is a gamer, but rather unremarkable as a passer. There is no star running back who can take over a game. It’s a very winnable game for Mississippi State. And maybe Leach gets a little redemption in what has been his most tumultuous season.