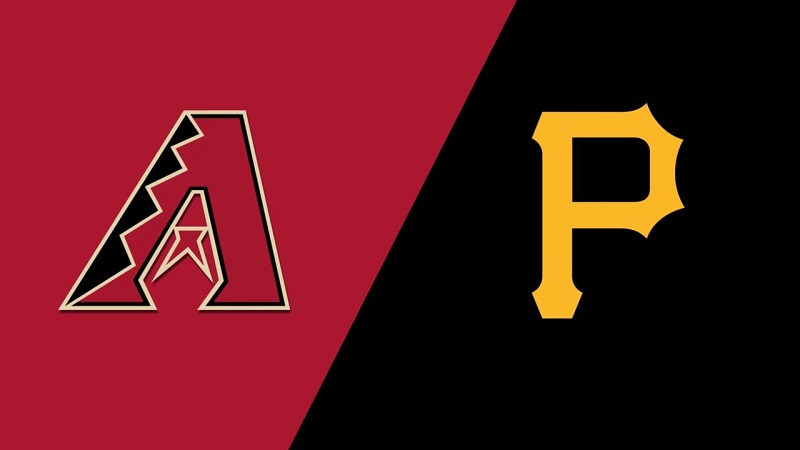 The Arizona Diamondbacks and Pittsburgh Pirates lock horns Monday night to start a three-game series at PNC Park in Pittsburgh, so we’ve prepared the best D-backs vs. Pirates betting pick and tips. They meet for the second time this season, and the Diamondbacks swept the Bucs in a three-game set at Chase Field in Phoenix back in July.

The D-backs are slight underdogs for Monday’s opener on Bovada Sportsbook. They haven’t announced who’ll get the starting call, while the Pirates will send Wil Crowe to the mound.

The Arizona Diamondbacks are not the worst team in the majors anymore, surpassing the hapless Baltimore Orioles. They still lay bottom of the National League, but the Diamondbacks haven’t been that bad as of late, winning seven of their last 14 games overall, excluding their Sunday afternoon’s road clash against the Rockies.

Over the last two weeks, the Diamondbacks have recorded the seventh-best OPS in the majors (.795) thanks to ten homers and a whopping 35 doubles. However, they’ve scored just 55 runs in that span (13 games).

Arizona will opt for a bullpen day in the opening clash against the Bucs. Caleb Smith might get the nod, though he’s tossed eight innings in relief over his previous two outings. Smith has a 4-8 record in 13 starts and 20 relief appearances in 2021, sporting a pedestrian 5.12 ERA and 1.42 WHIP. He’s registered a poor 6.85 ERA and a solid .220 batting average against over his previous seven apps (four starts, 23.2 innings).

Pittsburgh hopes to score some runs

The Pittsburgh Pirates recorded their second straight win last Saturday, outlasting St. Louis on the road, 5-4, to improve to 44-79 on the season. They’ve scored nine runs in those two wins against the Cardinals to increase their tally in August to 60.

The Bucs own the lowest-scoring offense in baseball, tallying a paltry 3.58 runs per contest. In the last couple of weeks, they’ve posted a horrible .199/.251/.316 batting line while scoring 37 runs through 13 games.

Wil Crowe will get the D-backs in the opener, and the 26-year-old righty is 3-7 with a 5.23 ERA and 1.56 WHIP in 18 starts and one relief appearance this term. Crowe has allowed ten runs (six earned) over his last three starts and 12.2 innings of work. He’s never met Arizona before.

I would stick with the totals, as picking the side bet in a matchup like this one is rarely a smart move. The D-backs and Pirates have nothing to play for, but if you like to follow the betting trends, the visitors are your team here.

Arizona is undefeated in ten straight outings at PNC Park. Also, the Diamondbacks have won 17 of their last 19 encounters with the Pirates.

The Pirates have struggled mightily at the plate all season long. However, they should get things going Monday against the Diamondbacks bullpen that owns a disappointing 5.35 ERA and 5.34 FIP in the last two weeks of action.

On the other side, Arizona will look to take advantage of the Pirates’ pitching staff. I’ve mentioned their solid form at the dish, while the Pirates bullpen has registered a 5.12 ERA and 4.88 FIP over the last couple of weeks. Furthermore, Arizona’s relievers walk 5.59 per nine frames, while Pittsburgh’s relievers allow 1.38 home runs per nine innings. Five of the last eight games between these two NL foes produced runs in double digits.

Dbacks vs. Pirates Total : Over 9