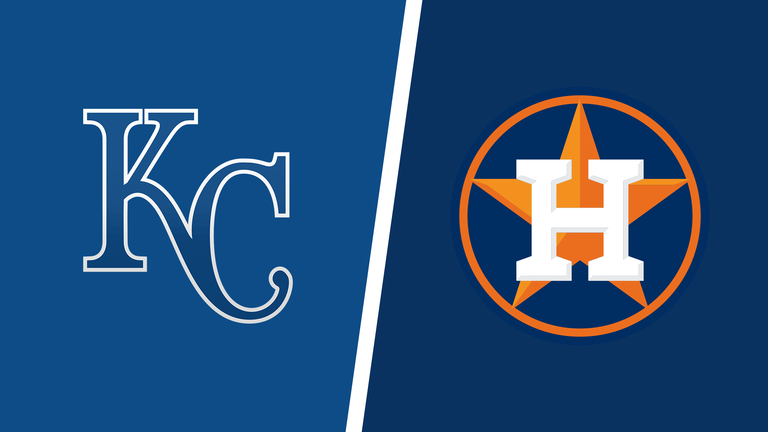 The Kansas City Royals and Houston Astros meet for the fifth time this season when they begin a three-game series starting on Monday. Kansas City won the first three meetings, outscoring Houston by just four total runs, but the Astros won the final game of the series on August 19, 6-3 in extra innings.

Houston is a strong favorite at -280 with the odds set for Kansas City at +225. Houston holds a 3.5 game lead over Oakland in the AL West division, and is looking to extend their advantage against Kansas City, who is 16.5 games out of the AL Central lead and 15.0 games behind in the wildcard race.

The Kansas City Royals entered their series last week against Houston reeling, losing three straight to St. Louis and five of their last six games. However, they have caught fire, winning six of their last seven, including taking three of four from Houston and sweeping the Chicago Cubs over the weekend.

It has been a dominant pitching staff that has come to life suddenly. While allowing six runs in the opening and closing contests against Houston last week, they have allowed eight total runs in the other five games. That has helped an anemic offense which is ranked 24th at 508 total runs scored. It is also a big move for the pitching staff, which enters this series with a 4.81 ERA, but have lowered that average by nearly half a running game during August, posting a 4.24 ERA.

The Royals will start left-hander Daniel Lynch who is 3-3 with a 5.12 ERA in eight starts. After posting a 15.75 ERA in his first three starts of the season, Lynch was sent down and he has responded with five outstanding outings, allowing eight total runs in 30.2 innings pitched. He has a 2.70 ERA this month after holding Houston to one run in seven innings in his last outing against them. The lefty has a .203 opponent batting average and 1.26 WHIP this month.

The Houston Astros will be looking to regain momentum after losing in extra innings to Seattle on Sunday. Houston had won three games in a row and was doing so behind an excellent pitching staff that had allowed seven total runs in the three victories. In fact, prior to the loss, in the five previous games they had allowed 13 total runs.

There are a lot of things going right for these Astros. They are first in baseball in runs scored at 671 and ranked eighth in home runs with 164. However, this is not just a team that can hit. Houston has the third best ERA in August at 3.00 in the fourth best ERA overall at 3.60. The Astros have a .227 opponent batting average in August.

Houston starts right-hander Zach Greinke. Greinke is on fire, 11-3 with a 3.43 ERA in 25 starts. The right-hander stepped up his game in August, posting a 1.89 ERA in three starts, allowing just four runs and 13 hits in 19 innings. It has been the one walk during that span that has been most impressive, as he has a 0.74 WHIP this month.

While Kansas City played very well against Houston at home last week, they have not fared well against the Astros in Houston, going 1-4 in the last five meetings there and are 5-12 in the last 17 meetings overall. They are getting solid pitching and Lynch has looked great, but he is going to have to put up an All-Star performance to beat Greinke.

The Astros had a little hiccup early last week, but have rebounded nicely. It is that stellar pitching staff that continues to make them one of the toughest teams to play, and the Royals will fall in this contest.

If this was May, we may be talking about a different score. However, Lynch has been on fire, and Greinke continues to shine, especially in August. I am a bit surprised that oddsmakers even set this total so high considering how well both pitchers have performed. After all, Lynch proved last week that he is not intimidated by the Astros in any way.