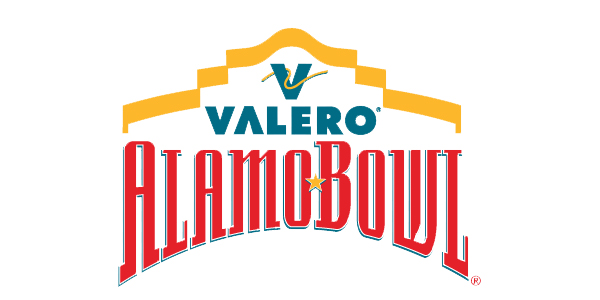 Remember the Alamo….Bowl from last season? The Texas Longhorns drew an unmotivated, unconcerned Utah Utes team that had its College Football Playoff hopes dashed in the Pac-12 Championship Game loss to Oregon.

Well, UT is back in the Alamo Bowl this season and will face a more motivated, albeit less polished and talented, team from the Pac-12 in the Colorado Buffaloes. Texas’s motivation, among other things, seems to be in question based on the line movement we’ve seen for this one. Texas is down from early lines of -13 to -9.5 at BetOnline Sportsbook for Tuesday night’s affair. The total is 63.

This line got as low as -9 before reaching a point of resistance. Will it go back to 10? Which side appears to be the right one? We’ll discuss it all in this preview.

Not much was expected from Colorado this season. The Buffaloes had a first-year head coach in Karl Dorrell, who was hired pretty late in the process, and a lot of losses on the offensive side of the ball. Quarterback Steven Montez and wide receiver Laviska Shenault Jr. topped the list, but this was a Buffs offense that was likely to take several steps back.

Even with the hire of Dorrell, Colorado kept around defensive coordinator Tyson Summers and that move seemed to pay off in a big way. The Buffaloes did give up over 30 points three times, though, so they did well on a per-play basis, but had some untimely turnovers and some special teams mishaps.

Colorado quarterback Sam Noyer was banged up a bit at the end of the season, but should be in decent shape for the bowl game. He completed 58.4% of his throws with a 6/5 TD/INT ratio. He was only sacked six times and the Buffaloes opened up some holes in the ground game for Jarek Broussard, who led the team with 6.3 yards per carry. We’ll see how much running run the Buffs get against a Texas defense that has allowed 3.6 yards per carry.

Bet Tom Herman as an underdog. That’s what we’ve always heard. Well, we don’t get that luxury here in this one, as the Longhorns are nearly favored by double digits. There were some serious motivational questions after some players opted out before the regular season finale against Kansas State and the Longhorns hung 69 points in that game.

It will be interesting to see how invested they are here. There have been lots of rumors about a coaching change, but nothing has come to fruition yet. Even prior to the 69-point outburst against Kansas State, the Longhorns had exceeded 40 points four times, so this is a robust offense with Sam Ehlinger and the athletes at the skill positions.

Unfortunately, Brennan Eagles won’t be one of them as he focuses on preparation for the NFL Draft. Fortunately, Ehlinger spread the ball around well and Texas had multiple running backs that had good seasons, including Bijan Robinson and Roschon Johnson. Robinson had 6.8 yards per carry on his 76 tries.

The defense is where you worry about Texas in this one. Joseph Ossai opted out and so did a few others, including Ta’quon Graham, Chris Brown, and Cade Sterns. Texas will be playing a lot of depth guys and underclassmen in the back seven. Some of the guys that are on the fence about playing back there are also dealing with injuries. That would seem to be a catalyst for the line move that we’ve seen on this game.

This line coming below double digits has left bettors with a big decision. There is obviously a reason behind the Colorado money. Likely multiple reasons. But, at 9.5 now, how can you take the Buffaloes with so much lost line value? On the other hand, can you play Texas with questionable motivation and a ton of opt-outs?

Perhaps the over is the way to go. The mantra from both coaches will be to go out there and have fun. That usually means putting up numbers. It means going for stats. Questionable effort typically shows up on the defensive side of the ball. Because it would seem that Texas’s offense has the much higher ceiling with a proven quarterback in Ehlinger, the Longhorns are probably the side now that we’re sitting at 9.5.