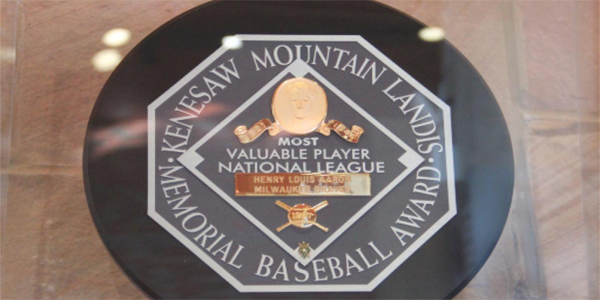 A variance-filled MLB season is on the horizon for us. As we look at the odds for the National League MVP, a lot of great players are listed and a lot of them come with some pretty attractive prices.

Unlike the American League, where even in a high-variance environment, we can point to at least 3-4 teams very likely to make the playoffs, we can point to one in the NL. That team is the Dodgers and they have two of the three shortest prices on the board with newcomer Mookie Betts and reigning MVP Cody Bellinger.

The stats should ultimately determine the winner, but there are some grey areas because of the voting process that you do want to factor into the handicap, like making the playoffs. Visibility could be another. Major market stars are going to get more run than others and insulated beat writers in their bubbles may not do as much due diligence as they should in the voting process.

Here are the odds for the NL MVP per 5Dimes Sportsbook:

I’m not entirely sure why Buster Posey, who opted out of the season, is still listed. Also Gavin Lux was just optioned to the minors so the Dodgers could manipulate his service time.

You notice a big jump from Juan Soto at +1000 to Bryce Harper at +2000. That’s probably about my cut-off for this award. A single-digit number or Soto, who I do think was poised to take a big leap this season, could very well win, but individual statistics are going to be all over the map this season. A wrongly-timed slump could turn an MVP candidate into a guy that had a good year.

Streaky players have a better chance in this format than they would over 162 games, where players not only have to amass the games and plate appearances, but have to remain consistently solid.

Betts, Christian Yelich, Bellinger, Acuna, Soto, those are all guys that would certainly be consistent and put up big numbers over the full season, but they could easily be overshadowed by somebody that goes on a 50-game tear.

It might also be in your best interest to gamble on players on high-variance teams as well. Teams that “surprise” are likely to get some more favorable opinions from the voters, especially the players that led those teams to a playoff berth or a division title.

Here are a couple players on my radar:

Kris Bryant (+2800) – Kris Bryant battled some things in the second half last season. In the first half, he slashed .297/.304/.552 with a .399 wOBA and a 148 wRC+. Similar numbers are sure to put him in the discussion this time around. Bryant is also approaching a couple of big pay days with his last year of arbitration and then free agency. Not all players are going to be fully engaged for this 60-game sprint, but Bryant has some future earnings to consider, especially with a down year in 2018 and an improved 2019.

The Cubs should have been a better team last season. They went 2-10 in their last 12 games and had some other areas of bad luck or negative variance. It wouldn’t be the least bit surprising if they were to separate themselves in the NL Central from four teams that appear to be pretty even based on the futures odds and win totals.

BET ON KRIS BRYANT TO WIN THE NL MVP AWARD

As he gets a better feel for the pitchers around the league, the hope would be that the K% goes down, but the raw metrics suggest that he could have a huge year in this sprint format, so long as he makes enough contact to support the hard hit balls and the barrels.

The odds are long, but Hiura and Yelich are the two cogs in the Milwaukee lineup and if the Brewers make a playoff push, those two are going to be front and center. Yelich would have won the award last year if he hadn’t missed most of September, so he could get the nod this year, but I would expect Hiura to be able to ride Yelich’s coattails into a bigger national media spotlight.