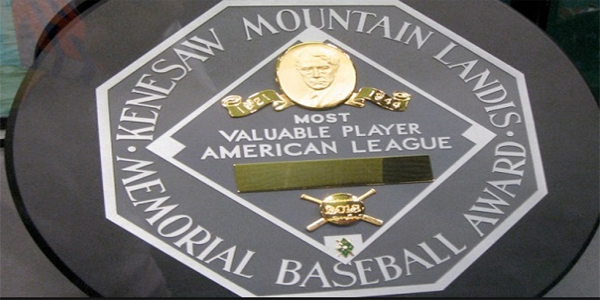 The MVP races in both leagues are going to be quite fascinating this season. Over the course of a full year and somewhere around 650-700 plate appearances, the best of the best generally outshine the rest. With basically 37% of a season coming up in 2020 thanks to the COVID-19 pandemic, players and statistics are going to be subject to all sorts of variance.

Just look at player splits across MLB. You’re going to see full months covering 25 or 26 games in which a player struggled or at least performed well below expectations. If that happens this year, that accounts for virtually half of the season. We’re also bound to see injuries, guys playing through injuries, and positive coronavirus tests. All of those are sure to affect performance or simply take away games and plate appearances.

When it comes to the American League, you won’t believe it, but the best player on the planet is the +200 favorite. That is Mike Trout, whose wife is expecting their first child in the month of August. There are a lot of questions as to whether or not Trout will even play the full season. If he doesn’t, he’ll have to put up obscene numbers to even be in the discussion.

With all futures in this shortened format, you want to look around for some long shots and some big values. There are a lot of players at very big prices in the AL MVP chase that could post exceptional numbers in smaller sample sizes. On the whole, they probably wouldn’t stack up to Mike Trout’s season-long performance, but in 60 games, posting Troutian numbers or better is a very real possibility.

Here are the AL MVP candidates as listed by 5Dimes Sportsbook:

There are a few general things to keep in mind about MVP voting. The first is that it, unfortunately, devolves into a team award. Unless you are Mike Trout, it is very hard to win unless your team makes the playoffs. You’ll have to factor that into the equation because this is an award voted on by human beings. They’re going to have biases.

Furthermore, keep in mind that regional biases are going to play a big role here. Because teams are not leaving their respective geographic areas all that much, some writers may not even realize what is happening in other markets and other divisions. Bigger markets are going to get disproportionate national coverage, so beat writers out west may end up only hearing about big-market performances from other cities.

That may be something of a stretch, but these insulated bubbles around the country could impact the voting process. Ultimately, performance will be the most important measuring stick in the voting process, but we don’t know who will put up elite numbers. We’re guessing on that.

Along those same lines with regards to voters, they are getting better and better, but there are still some archaic mindsets out there. Guys that rely on counting stats like RBI or things like batting average. This year, perhaps more than any, strikeouts could be detrimental for MVP candidates, so guys that put the ball in play a lot are likely to be better options.

Furthermore, with a limited sample size of plate appearances, you might almost want more contact-oriented guys that don’t walk as much. They have a higher risk profile in terms of batted ball luck, but they also have a higher reward profile with batting average, home runs, RBI, etc. Walks and OBP may not be appreciated as much if the batted ball fortunes aren’t swung heavily one way or the other.

With all of those things in mind, here are a few of my considerations:

George Springer (+4000) – George Springer seems like something of an afterthought on the AL MVP odds board at 40/1. He was limited to 122 games last season because of injury and still hit a career-high 39 home runs. It was his breakout season and he isn’t getting enough respect for it because of all the other guys in that lineup.

The obvious concern here is Springer splitting accolades and votes with Alex Bregman, Michael Brantley, Yordan Alvarez, Jose Altuve, etc., but this is just too big of a price. Springer plays a pretty good outfield as well and should lead off for the Astros, which means a lot of plate appearances.

BET ON GEORGE SPRINGER TO WIN THE AL MVP

Ramirez is going to get a ton of chances in the Indians lineup and will likely hit second behind Cesar Hernandez and ahead of Francisco Lindor. While Lindor is the headline guy at +1600, Ramirez is the better bet at +2800 in my estimation.

Last season, he ran an OBP of .392, which was a career high in a full season, though he was limited to 120 games. He hit 41 home runs and would have set a career high had he not missed so much time.

It seems like a stretch that a DH could win the MVP, I’ll grant you that. This is also a huge price for a guy that could benefit from what will presumably be a juiced ball again.

Maybe a better play is a Joey Gallo at 50/1 or a Eloy Jimenez at 85/1 because those guys will actually play positions, but there is a very good chance that this season is less about WAR and more about raw counting numbers because they’ll look more impressive in a smaller sample size.