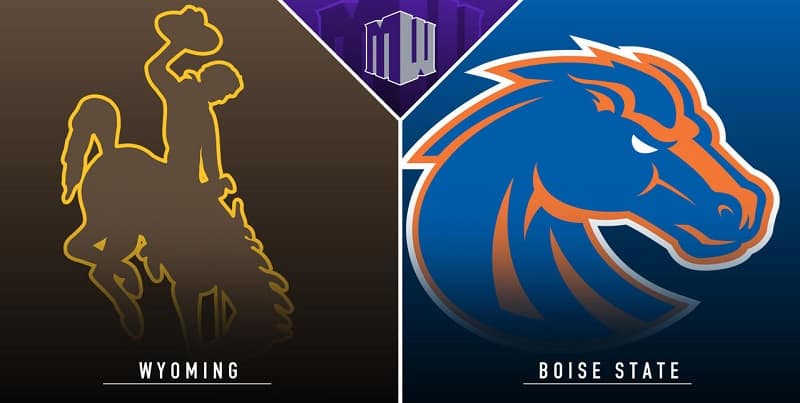 Week 11 of the 2021 college football season continues Friday, November 12, with the Mountain West Conference battle from the Albertsons Stadium in Boise, Idaho, so here’s the best Wyoming vs. Boise State betting pick.

The Broncos search for their fifth consecutive victory over the Cowboys, opening as firm 14-point home favorites with a total of 48.5 points on MyBookie Sportsbook. Last year, Boise State outlasted Wyoming 17-9 as a 9.5-point road fave.

The Cowboys smashed Colorado State to stop a four-game slide

The Wyoming Cowboys (5-4; 2-6-1 ATS) finally broke out of their slump last Saturday. They beat the Colorado State Rams as 3-point home underdogs, 31-17, to put an end to their four-game losing streak and grab their first victory in the conference play this term.

Sophomore RB Titus Swen led the way for the Cowboys last weekend, carrying the pigskin 21 times for 166 yards. Freshman QB Levi Williams completed nine of his 16 passing attempts for 92 yards and a couple of touchdowns, while freshman wideout Isaiah Neyor had three catches for 45 yards and a couple of scores.

The Broncos trounced No. 23 Fresno State in Week 10

The Boise State Broncos (5-4; 6-3 ATS) improved to 3-2 in conference play with a surprising 40-14 victory at the No. 23 Fresno State Bulldogs this past Saturday. It was their second win on the spin and third in their previous four games overall, as the Broncos dismantled the Bulldogs and upset the odds as 4.5-point road underdogs.

The Broncos played some excellent defense against Fresno State, holding their rivals to 356 all-purpose yards and forcing three turnovers. Junior signal-caller Hank Bachmeier tossed for 283 yards and a TD, while sophomore RB George Holani had 21 totes for 117 yards.

Interestingly, the Broncos are winless in three straight outings at Albertsons Stadium. They will be fired up to snap that skid, especially after an excellent performance against Fresno State on the road. Boise State is a more well-rounded team than Wyoming, so I’m expecting the hosts to win and hopefully cover a 14-point spread.

The key for the Broncos will be their run defense. If they slow down the Cowboys’ ground game, the hosts will come out on top and cover.

The under is 6-1 in the Broncos’ last seven games overall, and it is 4-2 in the Cowboys’ previous six outings at any location. Also, the under has hit in five of the last six encounters between Wyoming and Boise State.

I will stick with those betting trends and take the under. The Cowboys have to bring their best defense in order to stand a chance of upsetting the odds, and the visitors will try to eat the clock as much as they can, too.