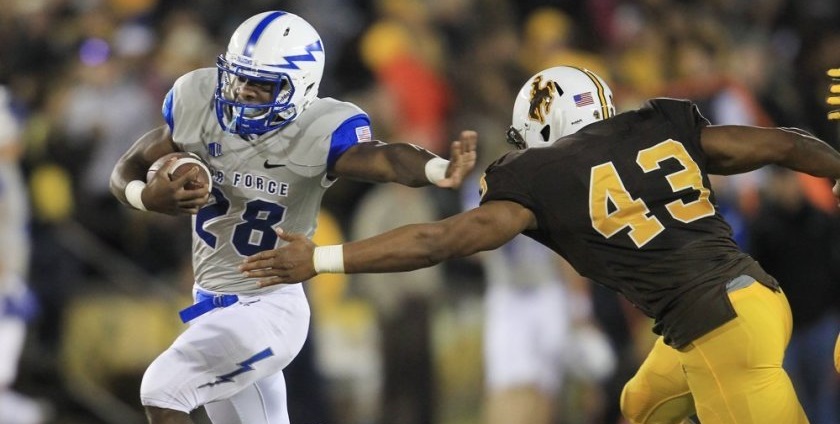 The 2021 CFB betting action continues Saturday, October 9, so we’re taking a closer look at the Mountain West Conference showdown from Falcon Stadium to get you the best Wyoming Cowboys vs. Air Force Falcons betting pick and tips.

The Falcons meet the Cowboys for the first time since 2019, and Air Force has won two of its last five encounters with Wyoming. The hosts are listed as 6-point favorites for Saturday’s clash, while the totals sit at 46.5 points on Bookmaker Sportsbook.

The Wyoming Cowboys (4-0; 1-2-1 ATS) are coming off a bye, looking to extend their winning streak to five games. They struggled mightily in Week 4 following a couple of nice wins over Northern Illinois on the road, 50-43, and Ball State at home, 45-12.

Two weeks ago, the Cowboys narrowly defeated the UConn Huskies as massive 31.5-point road favorites, 24-22. The Huskies, who are arguably one of the worst teams in football, missed a two-point conversion and a chance to tie the game with four seconds left on the clock. The Cowboys managed to overcome a 10-point deficit from halftime, and senior RB Xazavian Valladay led the way with 22 carries for 101 yards and a TD.

Wyoming is tallying 34.5 points per game (35th in the country), but the Cowboys are racking up just 368.0 total yards per contest (90th). Their ground game ranks 46th with 180.5 rushing yards per game, while sophomore QB Sean Chambers has tossed for 750 yards, five touchdowns, and three interceptions through the first four weeks.

The Falcons aim for their third straight victory

The Air Force Falcons (4-1; 3-2 ATS) put on a strong performance last Saturday and easily defeated New Mexico as 11.5-point road favorites, 38-10. They forced three turnovers and held the Lobos to only 226 total yards while racking up 441 in a return.

The Falcons ran 73 times for 408 yards at Dreamstyle Stadium in Albuquerque. Junior RB Brad Roberts had 29 carries for 142 yards and a couple of touchdowns, while junior wideout DeAndre Hughes added ten totes for 89 yards and a TD.

The Cowboys lean on their ground game, averaging 180.5 rushing yards per game, but moving the ball on the ground against the Falcons will be a problem. On the other side, the hosts will run as much as they can, and the Cowboys are yielding 148.8 rushing yards per contest (78th in the country).

Hereof, I’m backing the Falcons to win and cover a 6-point spread in front of the home fans. The Cowboys have struggled on the road lately and are only 1-6 straight up and ATS in their previous seven road games against the Mountain West Conference.

The under is 10-3 in the last 13 encounters between Wyoming and Air Force. Also, the under has hit in Wyoming’s last five showings as an underdog and six of Air Force’s previous eight outings at any location.

Both teams will run the ball and eat the clock, so I would ride those betting trends and take the under despite the low line at 46.5 points. Two of the last three matchups between Wyoming and Air Force produced fewer than 47 points in total, while their last duel saw the Falcons grabbed a 20-6 win at home.