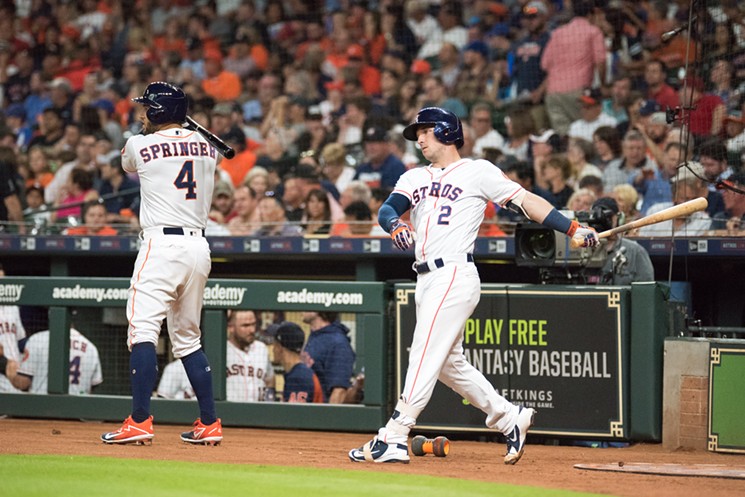 What Does The Future Hold For The Houston Astros This Season?

One thing is for certain this season when it comes to the Houston Astros—everyone is going to be watching them closely.

Opposing players and fans will watching them carefully to see if they can catch Houston player cheating again. There will be the ever-present risk of getting hit by an angry pitcher—and the Commissioner coming down on anyone he thinks does it on purpose.

Then there will be the loyal Houston fans that will be dying to talk up their team every time they win a game.

Of course, with so many eyes watching the Astros this season, there will be plenty of things fans can bet on related to the team other than World Series odds (+900 via MyBookie.ag). Odds favor the Yankees to win the AL this year.  But the Astros still have the second-best odds (+425).

They also have the third-highest win total in baseball (94.5) and are expected to take the AL West division again:

No one has really come close to challenging the Astros in the AL West for years. Texas and Oakland are promising but are probably not ready to challenge Houston just yet. The Angels have Mike Trout—but that is about it. Unless Houston implodes this year, they will win the West again.

As interesting as the outcome of the season is, MyBookie.ag has several other Astros-related wagers fans can put money on:

With the scrutiny, degradation, and trouble that the ’17 scandal has brought the franchise, it would be shocking if the team was dumb enough to try to cheat this season. Then again, the team is still employing the person that devised the ‘codebreaker’ program that started it all.

So, maybe they are that dumb (but probably not).

Several factors could come into play here. Does Manfred come down hard on pitchers targeting Houston batters? Does the player’s union let him get away with it?

If players can get away with targeting Houston batters, then it is not hard to imagine guys getting tired of it by midseason and charging the mound—which will likely encourage pitchers to do it again. But guys could also be taking big right now because they can.

When the season starts, they could choose to act like professionals instead. This one could go either way, but the smart money is probably on the under.

Bregman led the team last year after getting hit nine times, followed by Springer, Altuve, and Correa with six. If opposing pitchers are going to target guys, some are bound to get hit more than others. Bregman is a good candidate since he was one of two guys to offer a lame apology when the team finally spoke.

Altuve was the other but could also be more of a target depending on whether pitchers think he did have a buzzer under his jersey and because he won AL MVP in ‘17. Correa could get targeted for speaking out against Cody Bellinger and everyone hating on Altuve for winning the AL MVP.

Whether the Commissioner comes down hard on pitchers for targeting Houston batters will impact this one. But if you really want to put money down now, take Altuve or Correa.