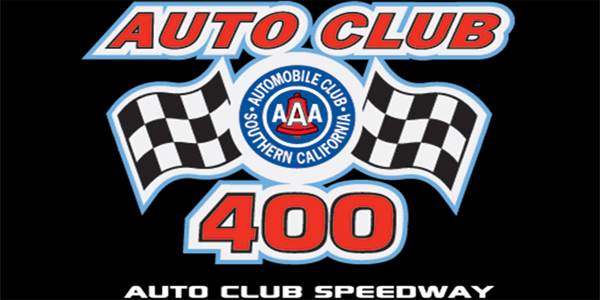 If it’s not one thing, it’s another in the NASCAR world. After a tight race with the usual wrecks at Daytona International Speedway, the Cup Series moved out to Las Vegas just to experience a bunch of tire issues. Let’s see what the Auto Club 400 at Auto Club Speedway in Fontana, California has in store.

This is the earliest date for this race since 2010, which shouldn’t matter in a place with pretty seasonable weather, but you never know how that dynamic will play out. For the third race of the season, we’ll take a look at the odds, handicap the contenders, and find some picks to make.

Is this a sign of things to come for this Cup Series season? We’ve got six drivers under 10/1 per the odds at 5Dimes Sportsbook and then only one driver priced between 10/1 and 20/1. We only have two data points for this season and one, of course, was Daytona, but there is only one driver with two top-10 finishes on the season and that is Kyle Larson, who has finished ninth and 10th.

Still, only the top guys are getting a lot of respect with these odds this week:

If we’re being honest, a race like this is more about equipment and less about the driver. This is a two-mile track at Auto Club Speedway and a race that has gone 400 or more miles in under three hours each of the last five years.

Through two races, Ford has one win and Toyota has another. Last year, we saw Ford dramatically close the gap between the two manufacturers thanks to some excellent showings from the Penske and Stewart-Haas teams. It sure seems like Chevrolet has fallen by the wayside in recent years and sits a clear third as far as the Cup Series goes.

That being said, Jimmie Johnson showed good speed at Las Vegas and Chase Elliott has three of the four stage wins so far. Denny Hamlin has the other in the Daytona 500. Maybe Chevy can close the gap and level the playing field a little bit. That would make for a really exciting season and is a development that most people would welcome with open arms.

Ford only had one win in this race in the 2010s and that belonged to Brad Keselowski in 2015. The last two races have gone to Toyota with Kyle Busch and Joe Gibbs Racing last season and Martin Truex Jr. and the satellite JGR team of Furniture Row Racing in 2018. FRR has since ceased operations.

Let’s look at the favorites and see which short price seems to make the most sense. Kevin Harvick’s lone win here came back in 2011 and he had to pass Johnson on the last lap for the victory. He finished eighth with the most laps led and a pretty strong car at Las Vegas. Three of Harvick’s last five stops at Auto Club have ended with top-five finishes. At +440, the price just doesn’t seem great for +440.

Kyle Busch is +550 and has three wins in his last six starts in this race. He missed the 2015 race due to injury, so his stretch dates back to 2013. Prior to his first win in 2013, he led the most laps in both 2012 and 2011. Of the two favorites, he looks like the preferred choice, especially with the speed that JGR can get on these big tracks.

Joey Logano likes big tracks. He usually runs well at Talladega and has past wins at Michigan. He hasn’t won here, but rides a streak of four straight top-five finishes into this one. That isn’t a bad track history to say the least. Logano is also a very aggressive racer and that could work in his favor here at +660.

With Chase Elliott, Brad Keselowski, Kyle Larson, and Martin Truex Jr. all at +880, we could have some big decisions to make as far as group wagering goes. Elliott has shown tremendous speed this season, which is a big reason why there has been some more optimism for the Chevy cars this year. Keselowski rides three straight top-fives at this track into this race and has that win back in 2015.

Larson is also a big track guy with most of his success coming at Michigan. He does have a win and two seconds here in his career. Truex has that 2018 win, but only one other top five.

All in all, among the short prices, Busch and Keselowski make the most sense to me.

Are there any long shots worthy of consideration? At +1760, Ryan Blaney really isn’t that bad of a play. He’s shown great speed at times and narrowly missed winning the Daytona 500 at the buzzer. Ford has shown great speed for the better part of three seasons.

Jimmie Johnson at +2650 actually looks like a good play as well. Perhaps his driving abilities have deteriorated a little bit of late, but his car showed some great speed last week at Las Vegas. There have been some changes to the team recently that seem to have made a positive impact with the finishes for the 48. He’s run well here before and does seem to be turning the clock back a little in what is expected to be his final year.

I’ll have a piece of Kyle Busch and Keselowski this week and then also give Johnson a look. Blaney is worthy of consideration, but I think he misses the cut for me.

What Does The Future Hold For The Houston Astros This Season?