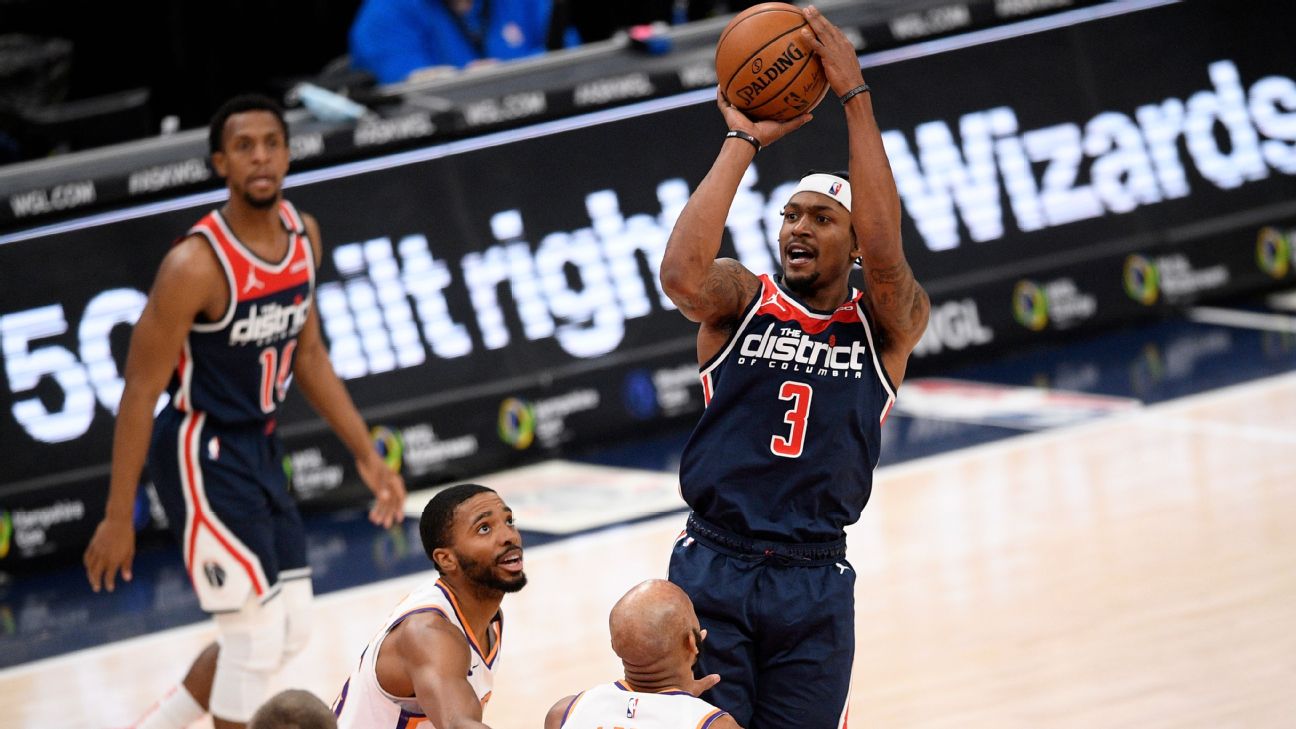 The Washington Wizards and Indiana Pacers look to be on a crash course to play each other in the NBA Playoffs as part of the play-in tournament. The #7 and #8 seeds play each other in what becomes a double elimination tournament, while the #9 and #10 seeds have to win or go home. It looks like the Wizards and Pacers could occupy those bottom two seed lines, so this is a potential preview of that play-in game on Saturday night.

NBA TV will have coverage of this one with a 7 p.m. ET tip-off. The Wizards are a 3.5-point road favorite here based on how well they have played recently to get back into the playoff hunt with a total of 247.5 at BetOnline Sportsbook.

Let’s dig into the matchup here and see if we can find a bet.

The fact that the Wizards are even in a position to make the playoffs, even an expanded postseason, is quite impressive. A lot of it has to do with the insane run Russell Westbrook is on. The Wizards were 15 games under .500 at 17-32 back on April 5. They head into this game at 31-36, so they’ve gone on a 14-4 run to put themselves above the cut line to get in.

Bradley Beal and Russell Westbrook are the reasons why. Beal has averaged 31.1 points per game this season and has been the biggest benefactor of the run that Russ is on. Westbrook AVERAGED a triple-double in April with 21 points, 13 rebounds, and 12 assists. That was after averaging a triple-double in March with 25, 11, and 12.5.

Westbrook fell one assist shy of a triple-double on May 1, but has three straight and has one in 24 of his last 30 games. I know that Nikola Jokic is going to win the MVP, but Westbrook’s run of sustained, continued success is ridiculous. He’s averaging a triple-double for the season with 22, 11, and 11.

Beal has nine games in the last month with at least 30 points, including a few 40 burgers. The Wizards have ridden those coattails to playoff positioning and could very well be a team that nobody wants to see in that first round if they can advance. Beal and Westbrook haven’t gotten a ton of help, but they haven’t really needed it either.

LeVert has only played 30 games, but he’s been a huge factor when he’s been out there as one of four Pacers to average 20 points per game. One was Victor Oladipo, who was traded early in the season. The others are Brogdon and Sabonis. Sabonis leads the team in rebounds and assists per game and is a close second to Brogdon in the points department.

These aren’t the same slow, methodical, defensively stout Pacers that we’ve seen in the past. They’re in the hunt for head coach Nate Bjorkgren because of their offense. The Pacers are top 10 in points per game and 11th in field goal percentage. They are 16th in 3P% and 12th in 2P%. They’ve also shared the ball really well with one of the highest assist rates in the league.

The Pacers are a poor team in the glass, though, especially on defense. They’ve given up a lot of second-chance opportunities. They do rank eighth in 2P% defense, which is quite amazing given how they’ve struggled to protect the rim. They have tried to force teams off of the three-point line as much as possible and it has worked. Only the Pistons have allowed fewer three-point shots per game. In today’s NBA, it’s a sound strategy.

The Wizards don’t take a lot of threes anyway. They rank 29th in three-point attempts per game. Only San Antonio shoots fewer triples. The Pacers kind of pack it in defensively to protect the rim and have done a good job of that. They are a bit of a frustrating team to play against. The Pacers have a lot of scoring options and the Wizards don’t. Is that enough to cool Washington off?

It could be, but we have two of the five top teams in pace on the floor here, so that makes an under a pretty dangerous proposition. Until somebody shows the ability to slow down Beal and Westbrook, it is hard to fade the Wizards.