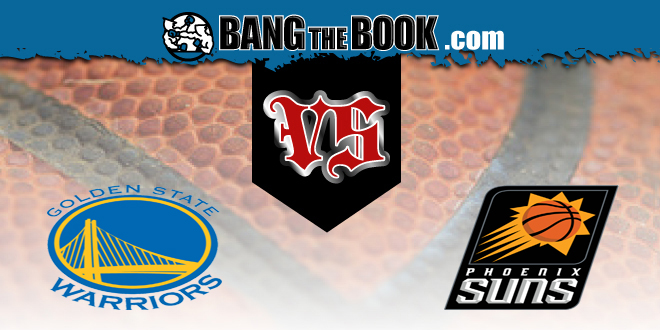 (And remember that at BetAnySports, you can get reduced juice for a better deal on the odds, in addition to real-time wagering from Sports Betting Prime)

Phoenix comes in with a 23-11 record, which is – surprise – the second best in the NBA. They had been putting together the building blocks, and the future is most definitely now. And to assume that spot right behind Utah , they beat the Los Angeles Lakers 114-104, and got there despite having lost Devin Booker about midway through the third quarter, as the high-scoring guard got ejected.

What it amounted to is that he complained about a foul and got teed up, and then when that happened he responded with some profanity that resulted in another technical foul being called.

The Suns wound up calling that a “character” game, and maybe it was. They could have folded a little with Booker out of the game, but they hung in there and actually had a 54-51 advantage in the second half, which no doubt upset those who bet the Lakers on the halftime line. Dario Saric, who has missed a lot of games and returned to the rotation on February 13, registered a season high 21 points off the bench.

So is Phoenix that good? Well, you remember that they had a head of steam coming into this season; they won all eight games they played in the bubble, and it was a shame that they missed out on qualifying for the play-in game in the West.

This year they won’t have to worry about any play-in games, as they are sailing. And they have now won 31 of their last 42 contests, counting that surge in Orlando.

Booker is always going to be a scorer; you already know that. But the real “secret sauce” was mostly added by Chris Paul, who was brought in to be a steadying influence in an offense that wasn’t necessarily without playmaking, as Ricky Rubio had been the point guard. But Paul is a great two-way player, and a leader on the floor. He’s averaging just over 16 points and nine assists per game, and he’ll be there when the All-Stars convene this weekend.

And you know what? BetAnySports customers will see Booker there as well, although he is not 100% happy about it. He was not originally named to represent the Western Conference. But he got the call as an injury replacement. Booker, who was called by LeBron James the “most disrespected player in the league,” seems to forever be playing with a chip on his shoulder, and that’s not all bad.

For Thursday night’s game, it could be that the Warriors are the wrong kind of matchup. They obviously aren’t as fluid offensively as they have been in the past, although they are re-establishing something of a defensive culture, thanks to folks like Draymond Green.

And if you look at the NBA statistics, you’ll know that Steph Curry has attempted more threes – and made more – than any other player in the league.

Well, Phoenix has allowed just eleven triples per game, and yielded just 34.3% shooting from beyond the arc, and they are second best in the National Basketball Association in both categories. So they have what it takes to keep things under control.

And we’ll say that’s especially true considering the Warriors will be sitting both Curry AND Green for this game. Green has a sore ankle. But it appears Curry is just resting up for the All-Star Game. Imagine that – a team that is battling for the eighth playoff spot in the West, where every game could make a difference, is resting a two-time MVP so he can play in an exhibition game. Such is the “culture” of the NBA, and that’s a message as to how much Golden State “needs” to win it.

In the January 28 meeting between these squads, the Suns proved to have some answers. The Warriors made just eleven treys – five of them by Curry – and shot just 29% from long range. The Suns won the rebounding battle behind DeAndre Ayton and didn’t even need to be on fire from the field to some away with a 114-93 win. And they didn’t even need Booker either; the team’s leading scorer was out with a hamstring issues and did not dress. They were also without Saric and Cam Payne.

Phoenix is rolling right now, winning 12 of their last 14, both straight-up and against the number. We think the smart play is with the Suns, who will not “set” just yet.

BetAnySports has all the NBA action you can handle, and you’ll get it with reduced juice, which gives you a better deal in the odds…… And with Sports Betting Prime, you can stay with the action throughout the game…… Lots of ways to open an account, including Bitcoin, which doesn’t require a transaction fee!