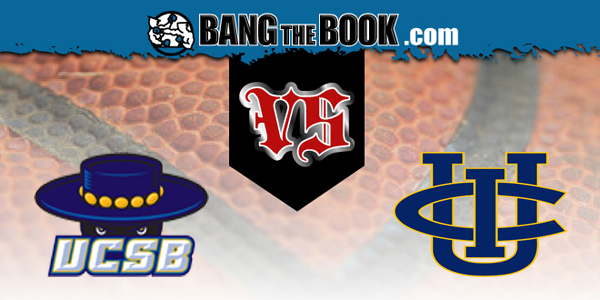 A Big West battle in Irvine is the focus for us with today’s spotlight game preview. This is the latest game on the card with Cal Poly and Hawaii canceled and one that looks like a very competitive matchup.

UC Santa Barbara has taken the money in the overnight and early-morning betting action against UC Irvine, with a line move from Irvine -1.5 to UCSB -2.5 at BetOnline Sportsbook. That is a rather significant side move to cross zero and leave UCSB a clear favorite. The total on the game has fallen a couple of points since open from 136.5 to 134.5.

We’ll head west for this preview on a game that you can find on ESPN+.

This is the front end of a back-to-back at Irvine for UCSB. Joe Pasternack’s team is off to a rather disjointed 3-1 start. They beat St. Katherine in a lay-up opener to the season and then bested Loyola Marymount by 11, only to lose to Loyola Marymount by five points six days later.

A week after that, UCSB topped Pepperdine with a really nice victory. Now, eight days later, the Gauchos will take the floor again. There is no telling what we’ll get from any of these teams with long layoffs, but UCSB has looked the part offensively in the three games against Division I competition. They’ve scored 1.067, 1.082, and 1.061 points per possession. Defensively, they had a hiccup against Loyola Marymount in the second game, as the Lions shot 28-of-53 from the floor.

This was a pretty good UCSB team last season that split the two meetings with UC Irvine en route to a 10-6 record in Big West play. The Big West Tournament got canceled, but these two teams could very well have been on a crash course in that as well.

Pacific transfer Ajare Sanni was ineligible last season, but he’s able to play this year and he’s 9-of-19 from 3 and 15-of-30 overall from the field to provide some scoring punch alongside fifth-year senior JaQuori McLaughlin. In D-I games, the Gauchos are shooting 42.2% from 3, but there are only three data points there and they’re facing an historically strong defensive team in the Anteaters.

UC Irvine has finished in the top 20 in effective field goal percentage defense each of the last eight seasons under head coach Russ Turner. They’re been in the top 12 each of the last five years. This is squad that makes a living on the defensive end of the floor. They’ve played seven games to this point, but only five against Division I competition. They’re 3-4 overall and just 1-4 in those games against D-I opponents.

That includes losses to San Diego State and USC, but also losses to Pepperdine and Loyola Marymount. Over the last two games, UC Irvine has held the opposition to .773 and .764 points per possession. They scored 1.226 PPP in the win over San Diego, but just .728 in the loss to Loyola Marymount.

This is a team still finding its way. Maybe a week’s worth of practice over the holidays will help, as UC Irvine also hasn’t played since December 19. Based on the minutes played percentages, Turner is still trying to figure out his rotations, but he’s relied heavily on senior Brad Greene and junior Collin Welp. It also looks as though freshman Dawson Baker will play a big role in the team as well.

The games between these two teams last season finished with 125 and 127 points, so it isn’t a huge surprise to see the total coming down. It would also appear that UCSB is the better team and they play at the slower tempo. Usually the better team controls the tempo. Last year’s games were played to 60 and 68 possessions. I’d expect this one to fall somewhere in the middle, at least in regulation.

Also, with both teams off of a long layoff, I’d be looking for a slower start and a feeling-out process. The first half under is a good look in my opinion, but so is the full-game under.