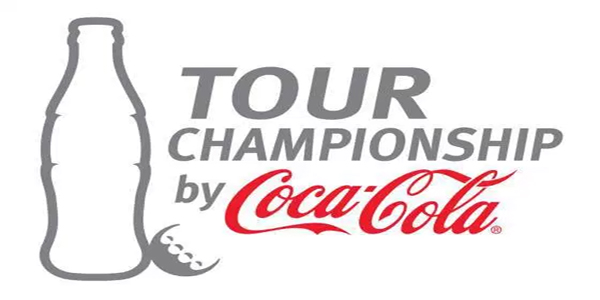 The way that Dustin Johnson has been playing lately, we may not have a whole lot of drama coming this week at East Lake Golf Club in the TOUR Championship. Johnson will start with a two-shot lead over Jon Rahm and he is the +160 favorite at MyBookie Sportsbook to take down the title.

We’ll break it all down for you, but here are the odds from MyBookie for the TOUR Championship:

As mentioned, players are given a starting score based on their standings. Johnson is the best at 10-under. Cameron Smith, Viktor Hovland, Mackenzie Hughes, Cameron Champ, and Billy Horschel all start at even par. That means that they are already trailing by 10 shots by the time they hit the first tee.

Hideki Matsuyama, Sungjae Im, Bryson DeChambeau, Harris English, and Daniel Berger start at 4-under. Collin Morikawa is at 5-under, Webb Simpson is at 6-under, and the aforementioned trio of Thomas, Rahm, and DJ are 7-under, 8-under, and 10-under, respectively.

East Lake Golf Club is another bomber’s course. After how hard Medinah played last week for the BMW Championship, I have to think that this week’s course plays a little friendlier with the playoff title on the line. East Lake checks in as a par 70 over 7,300 yards. We only had two par 5s last week at Medinah and the winning score was 4-under from Rahm after his playoff victory against DJ.

Rory McIlroy won last year. He was 5-under going into the tournament and played to 13-under over his 72 holes. He won by four shots over Xander Schauffele.

Approach shots will be a big deal here. Players that put themselves in bad spots around the green are going to have trouble and there are a lot of players that will be trying to make up strokes from the start. There are a lot of greenside hazards and chances to get short-sided on this course. That requires precision on approach. Power off the tee certainly helps so guys can swing short irons and wedges into the greens instead of longer irons that may not land as softly on what will likely be some hard greens.

GET A 100% WELCOME BONUS TO BET AT MYBOOKIE SPORTSBOOK!

Matchups are the best way to bet this tournament. Picking a winner means handicapping with those head start scores and that is a challenging thing to do. You’ll want to look for guys that either fit the course profile or have had some success here before and play them in matchups and 3-balls.

The current scoring format was new for last season, so the past finishes here are true outside of 2019. In 2019, you have to parse out the head starts that these guys received.

Hideki Matsuyama has played really well here with three top-10 finishes in his last four tries. Matsuyama is not a great putter, as we all know, but bomber’s courses are right up his alley. He was fourth in 2018 and fifth in 2016 with the old format, when this was just a regular golf tournament.

Xander Schauffele was the winner here back in 2017 and the runner-up last year. He really likes this course and seems to play well here. Rory is a two-time winner, including last year. Billy Horschel actually won this event back in 2014, but that was before the scoring change.

Justin Thomas has four top-seven finishes in his East Lake starts and would be the only player outside of the top two that I would look at to win this game. JT is 7-under to start the round and plays exceptionally well here. He has not been in good form recently, but he’s a guy that can flip the switch and win every week.

This is tough, but we’ll do the best we can here. Rory rolled over the field in SG: Off-the-Tee in this tournament last year. The only guys close to him in SG: Tee-to-Green were Schauffele and Chez Reavie. Paul Casey was a distant fourth.

Last week, Joaquin Niemann was first in SG: T2G and did really well on approach with the irons. Matsuyama was second and actually putted well, though he scrambled extremely well to give himself a chance at making more putts. DJ was third in SG: T2G.

Nobody drove the ball exceedingly well, but Jason Kokrak led the field in SG: OTT. He was tied for sixth, even though he shot even par. Kokrak is a guy that can put it out there and is definitely worth a look in matchups at this event.

Dustin Johnson doesn’t play overly well at East Lake, so he could be a vulnerable favorite, though his approach shots over the last three events have been splendid. Justin Thomas is about the longest long shot I’d look at over DJ or Rahm and he’s not even that big of a price.

Matchups are the way to look, though, and guys like Kokrak and Schauffele are fine looks this week, as Kokrak can drive the ball well and Schauffele simply plays extremely well here.

For more on the TOUR Championship, check out this video from our good friend Brian Blessing:

Odds On Who Will Win The NBA’s Eastern Conference