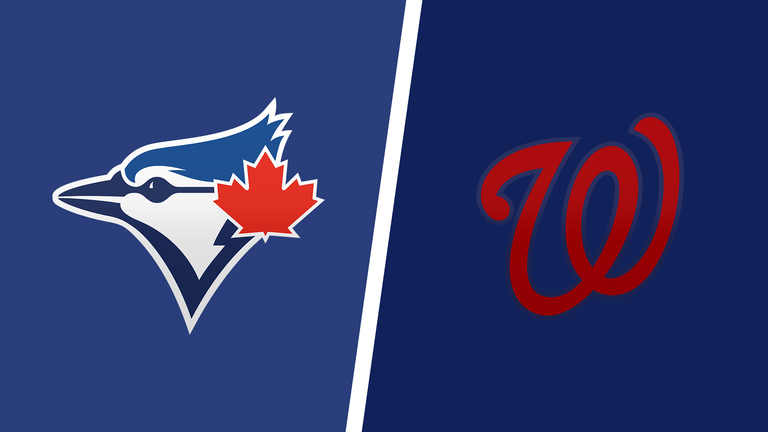 The Toronto Blue Jays square off against the Washington Nationals on Tuesday night to open a two-game interleague series at Nationals Park in Washington, D.C., so here’s the best Blue Jays vs. Nats betting pick along with the latest odds update on BetDSI Sportsbook.

These two foes split a two-game set in April, as each team upset the odds. The Jays won as +105 home dogs, 9-5, while the Nats beat Toronto as +160 road dogs, 8-2. Toronto is a firm fave for Tuesday’s clash in Washington, while the totals sit at 9.0 runs.

The Toronto Blue Jays put an end to a three-game losing streak last Sunday, outlasting the Mariners in the closing contest of a three-game series in Seattle, 8-3. Steven Matz held the M’s to one run through the first five innings, while the Jays smacked four homers to finally get things going at the plate.

Toronto has combined for just eight runs through that three-game slide. The Blue Jays have won ten of its first 16 outings in August, scoring 81 runs in the process and compiling a .265/.330/.457 batting line.

The Nats dropped seven in a row

The Washington Nationals extended their losing streak to seven games this past Sunday, suffering a 6-5 defeat to the Atlanta Braves. Paolo Espino got pounded for five earned runs in four innings of work, while five relievers surprisingly did a terrific job, but it wasn’t enough, as the Nats failed to score in the final four frames.

Erick Fedde will take the mound Tuesday against the Jays, and he’s 4-8 with a pedestrian 5.12 ERA and 1.42 WHIP in 19 starts this season. The 28-year-old righty has struggled a lot over his previous nine starts, posting a 7.43 ERA and a .322 batting average across 40 innings of work.

Interestingly, Fedde took a win over Toronto in April. He fanned seven through six frames and yielded just one earned run on two hits and three free passes.

The Blue Jays desperately need a win here. They were four and a half games behind the bottom wild card in the American League on Monday, so I’m expecting Toronto to beat Washington and satisfy -177 moneyline odds.

The visitors have so many dangerous weapons on their lineup. Their pitching staff has recorded a solid 3.45 ERA over the last two weeks of action, while the Blue Jays’ offense should hit well and hard against Erick Fedde and the Nats bullpen that has registered a 5.62 ERA so far this month.

The Nationals bullpen owns a terrible 5.60 FIP in August while surrendering 1.63 home runs per nine innings. Washington should struggle mightily on the mound in this matchup, so I’ll go with the over on the totals.

The visitors remain the best betting pick here, as the over backers will need some help from the hosts, who haven’t been at their best lately. Still, the Jays ‘pen has a 4.13 ERA and 4.66 FIP in August, so the Nats should be able to score a few runs. The total has gone over in 12 of the Nationals’ last 15 games and six of the Blue Jay’s previous eight contests overall.

Blue Jays vs Nationals Total: Over 9.0