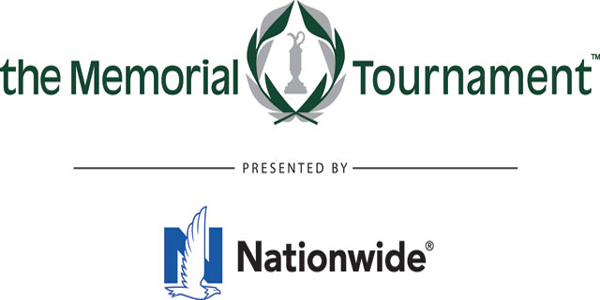 With the U.S. Open at Torrey Pines in two weeks and a great unknown down in South Carolina on the schedule next week at Congaree Golf Club, we have a field that basically resembles a major this week at Muirfield Village on the outskirts of Columbus for the Memorial Tournament.

The players attempted to tackle the Muirfield Village course in back-to-back weeks last season. The COVID-19 pandemic altered the PGA Tour schedule in a big way, so to try and limit travel and make up some events, the Workday Charity Open and the Memorial Tournament were held in consecutive weeks in Ohio.

This year, we just have the Memorial Tournament, so we’ll handicap that one with help from the odds at BetOnline Sportsbook. Those will be at the bottom of the page.

This tournament has Invitational status, which means that 120 players are in the field. Basically, if you’ve won an event, rank in the top 50 of the Official World Golf Ranking, or were in the top 70 of last year’s FedEx Cup points list, you are invited. It doesn’t take much to get in the field, but you have to some sort of standing to get in.

Jon Rahm is the defending champ and the +1100 favorite. Collin Morikawa, who won the Workday Charity Open, is a co-second favorite along with Bryson DeChambeau, Justin Thomas, Jordan Spieth, and Rory McIlroy at +1800. Dustin Johnson is about the only really big name not in the field this week.

Viktor Hovland is +2000. Patrick Cantlay and Xander Schauffele are the +2200 players and then guys like Corey Conners, Hideki Matsuyama, Tony Finau, Matthew Fitzpatrick, and Patrick Reed are all in the next set of players.

This is more or less going to be the final tune-up for a lot of players prior to the visit to Torrey Pines. Next week’s Congaree Golf Club is something of a mystery and the players may opt to head west instead of spending a few days in South Carolina.

Muirfield Village will look different this year. A major renovation took place after last year’s two tournaments, so the course will have some new characteristics. The greens have been redone. New trees have been planted. The tee boxes have been resurfaced. The irrigation has been improved, which is good because it has been quite dry in Ohio over the last few weeks.

Some holes will play longer, while others will have narrower fairways. There are a lot of changes that the players will have to contend with for this season and we won’t really know how most of them will play until we actually see some shots and hear what players have to say after the practice rounds.

The course will play about 7,550 yards in all likelihood. Weather looks dry for the most part this week, so the fairways will be bouncy and have some roll, but the greens may not be too receptive. We’ll see with the new green complexes.

WAGER ON GOLF WITH YOUR DEPOSIT MATCH BONUS FROM BETONLINE SPORTSBOOK

Looking at our horse for course section, it is worth pointing out that there will be those differences, but some guys have played really well here and others have not. When Rahm won last year, he had only played once at Muirfield Village otherwise and missed the cut, so course form may not matter a whole lot.

Matt Kuchar is maybe the best player here not named Tiger Woods, with a win in 2013 and seven top-10 finishes since 2008. He finished outside the top 30 last season and missed the cut in 2019, so his recent course form is lacking. Those are two of the better players here in the past, so that angle may not be as important this week.

As far as other guys that have played well and are in the field, Patrick Cantlay was 32nd last year, but won in 2019 and was fourth in 2018. He was seventh in the Workday Charity Open last year. Another short price, Bryson DeChambeau, was the winner back in 2018 and finished 22nd in 2019. He missed the cut here last year, though.

Hideki Matsuyama is another short price with a win and two other top-five finishes here. He was 22nd and took a MC in the two events last year. Jordan Spieth has two top-10 and five top-20 finishes at Muirfield Village, including a 13th here last year.

Rickie Fowler has actually played very well here with two runner-up finishes and a 14th in 2019. He was just outside the top 20 at the Workday, but missed the cut at the Memorial last season. Fowler is 70/1.

Phil Mickelson will take this week off, so the PGA Champ will not be on hand. Recent winners that will be on hand include Matsuyama, who won The Masters at Augusta National, Sam Burns, who won the Valspar Championship, K.H. Lee, who won the AT&T Byron Nelson, and Rory McIlroy, the winner of the Wells Fargo Championship.

As far as other guys that have played well lately, Keegan Bradley was second at the Valspar and then in the top 20 at the Wells Fargo and the PGA. Corey Conners has three top-25 finishes in his last four starts and had that strong effort at The Masters as well. Conners has a short price at +2800 and Bradley is +5000.

Tony Finau might be knocking on the door with a couple top-20 finishes the last two weeks. If he could get over the Sunday Scaries, +2800 isn’t a bad look for him. He was eighth here last year in the Memorial Tournament.

Speaking of knocking on doors, Charley Hoffman was third last week at the Charles Schwab Challenge and has three straight top-20 finishes. He actually has seven top-20 finishes in his last eight events. He was seventh in the Workday Charity Open here last year and comes in at 45/1.

Viktor Hovland had back-to-back third-place finishes at the Valspar and Wells Fargo. Patton Kizzire has that right now with thirds at the Byron Nelson and in the Charles Schwab. Troy Merritt quietly has three top-eight finishes over his last four events. He’s a long shot at 150/1. Kizzire is 110/1.

Morikawa, the winner of the Workday Charity Open, has a couple straight top-15 showings. He’s also one of the shortest prices on the board.

This is an excellent field with a lot of players capable of making some noise. Tony Finau makes the card at +2800 this week. Sure, he needs to get over that hump and win one, but he’s an easy-going guy that should roll with the punches as far as the modifications to the course. He’s also a guy that winds up in contention a lot.

Gary Woodland at +6000 is also a decent look here, as he’s improved his form recently and seems to be building up towards winning an event with a solid field.

You’d be crazy to leave off Charley Hoffman at +5000 with how well he’s been going also. One of the short prices probably wins the tournament, but there are some guys in the midrange with some great recent results.

Coverage of the Memorial Tournament will be on Golf Channel and CBS throughout the weekend.