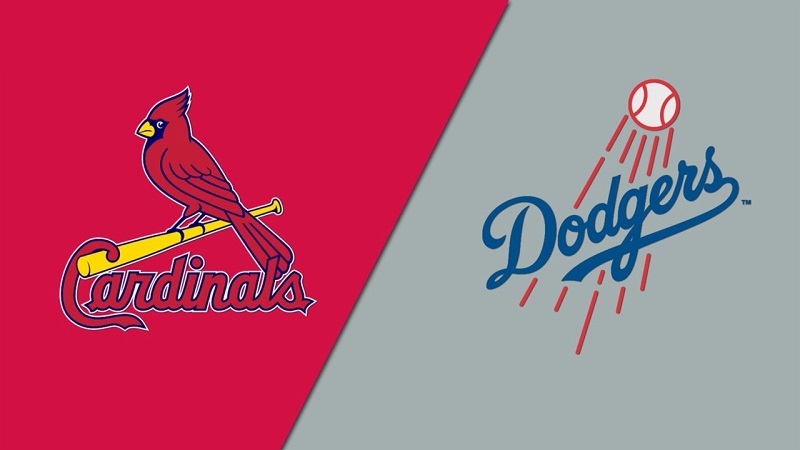 Start times are staggering throughout the day on the Memorial Day holiday for today’s baseball card. There are a few night games, though, including the matchup in Chavez Ravine, where the Los Angeles Dodgers host the St. Louis Cardinals. It is the best pitching matchup on the board with Jack Flaherty for the Redbirds and Trevor Bauer for the boys in blue and white.

Bauer and the Dodgers are a growing favorite up in the -180 range, as we continue to see money on the Dodgers and money come in against the Cardinals. Bovada Sportsbook initially had a total of 6.5 on this game, but it has since moved up to 7 with some betting activity on the over.

Bettors that had been fading the Cardinals and buying the Diamondbacks finally got one to come through on Sunday. St. Louis lost 9-2 to miss out on a four-game sweep at Chase Field. Monday’s opponent is quite a bit tougher.

Why are bettors so interested in fading the Cardinals? There seem to be a few different reasons. Looking at Pythagorean Win-Loss, St. Louis has overachieved by three wins per that standings metric, which is based on run differential. The Cardinals are 30-23 for the season, but only +5 in run differential. When looking at BaseRuns, the Cardinals look more like a 28-25 team, so they’ve played well, but not as well as their record would suggest.

Another area where bettors are expecting regression is in the HR/FB% department. Home runs are down this season as a result of the deadened baseball, but the Cardinals are not really allowing any this year. Their HR/FB% is 7.8%, easily the lowest in baseball. As a result, the Cardinals have a 3.91 ERA as a staff, but a 4.72 FIP in 465 innings across the 30 games this season. Bettors will look at their HR/FB% and say that it needs to regress, though they’ve gone all-in with trying to prevent homers.

Another element of the ongoing Cardinals fade is to go against St. Louis on the road. Busch Stadium suppresses power and offense. The Cardinals have a 4.09 ERA away from home, but much better numbers in the Arch City. As a result, bettors are trying to pick off spots to fade them away from home. St. Louis has one of the highest walk rates for the season, which you can get away with at Busch Stadium, but not as easily on the road. What’s most interesting is that the team’s HR/FB% against is actually lower on the road at 7.1%. The Marlins are the only other team in single digits in that department.

Jack Flaherty gets the call today with a 2.84 ERA, a 3.48 FIP, and a 4.02 xFIP. He’s worked 57 innings with over a strikeout per inning and solid peripherals across the board. His 69.5% LOB% is a little on the low side, yet he’s still running that sub-3.00 ERA, so bettors may be looking at that wondering what’s going on here.

The Dodgers dropped three of four at home to the San Francisco Giants just one week after completing a sweep at Oracle Park of one of their two rivals in the NL West. Prior to this current three-game losing streak, Los Angeles was 13-2 over the previous 15 games. A team this talented seems capable of simply flipping the switch whenever it’s required and that’s what the Dodgers did, at least for a while.

Their pitching failed them at home in that series, allowing 24 runs in the three losses. A loss today would tie the longest losing streak of the season for the Dodgers, which happened from May 4-7 with two walk-off losses to the Cubs in the middle. It is hard to have prolonged losing streaks with so many good starting pitchers and all of the offensive talent that the Dodgers have.

This is a team that ranks third in fWAR on the offensive and defensive sides per FanGraphs at 10.4. Only the White Sox and Astros are higher. The Dodgers haven’t hit for as much power as we would typically see, but they do have one of the league’s best walk rates, a key element to this handicap since Flaherty can sometimes get a little bit wild.

The Dodgers also have a good starter on the mound for stopping a losing streak in Trevor Bauer. Bauer has a 2.07 ERA with a 3.44 FIP in his 69.2 innings this season. Bauer has only worked 20 innings at home, but he’s also only allowed two earned runs in those 20 innings at home. He’s made most of his starts on the road and has pitched well overall, with some excellent peripherals. He does have a .176 BABIP and a 91.3% LOB%, so regression is likely to come, but not to the degree we’d see from most guys.

The move on the over makes a lot of sense here up to 7. There are some signs with Bauer’s profile that do suggest regression. I’d also be surprised if this was a good matchup for Flaherty. He throws a lot of fastballs and can end up with a lot of deep counts. I’d expect some walks and some hard contact against him going out on the road against a good offense.