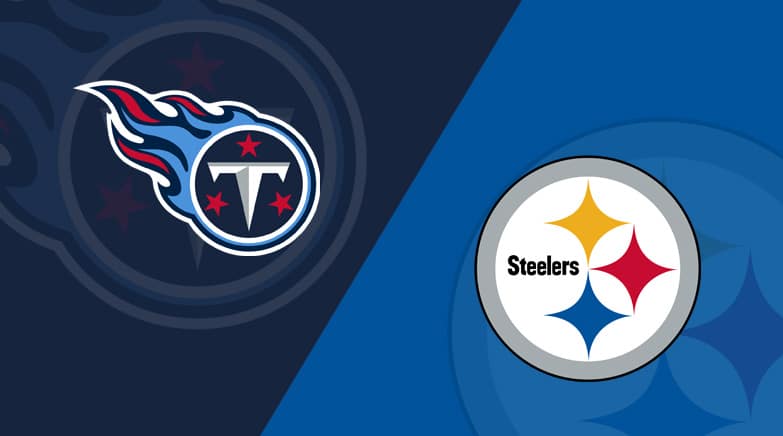 According to MyBookie Sportsbook, it’s a pick ‘em battle Sunday, December 19, 2021, at Heinz Field in Pittsburgh, so we bring you the best Titans vs. Steelers betting pick and odds. Tennessee meets Pittsburgh for the second straight season, and the Steelers aim for their fourth consecutive victory over the Titans.

While Tennessee battles for the No. 1 seed in the AFC, Pittsburgh desperately needs a victory in Week 15 to keep its playoff hopes alive. The totals sit at 43.0 points, so let’s take a closer look.

The Titans beat Jacksonville to stop a two-game slide

The Tennessee Titans (9-4; 8-5 ATS) enjoyed their well-deserved rest in Week 13. They trounced the lowly Jacksonville Jaguars 20-0 this past Sunday to snap a two-game skid. In their last two showings before a bye, the Titans got beaten by Houston 22-13 and New England 36-13.

Tennessee’s defense is certainly one of the most pleasant surprises of the 2021 season. Last weekend, the Titans recorded their first home shutout since 2000. They held the Jags to 192 total yards and picked off rookie Trevor Lawrence a whopping four times.

The Titans are yielding 22.3 points per game (15th in the NFL) on 90.9 rushing yards (2nd) and 250.7 passing yards (22nd). On the other side of the ball, D’Onta Foreman leads Tennessee’s backfield in Derrick Henry’s absence. He had 32 carries for 156 yards and a TD over his previous two appearances.

The Steelers nearly overcame a 29-point deficit in Week 14

The Pittsburgh Steelers (6-6-1; 5-8 ATS) are coming off a tough 36-28 defeat at the Minnesota Vikings in Week 14. They trailed 29-0 with 6:15 left on the clock in the third quarter when Ben Roethlisberger started his masterclass, but the Steelers eventually failed to mount the biggest comeback in NFL history.

Big Ben finished 28-of-40 for 308 yards, three touchdowns, and an interception. Chase Claypool had eight catches for 93 yards, but his 1st-down celebration in the final drive of the clash cost the Steelers 17 seconds. It was arguably the dumbest move of the season, as Pittsburgh ran out of time and suffered its third loss in the last four outings.

The Steelers’ defense has struggled during that four-game stretch. Both Chargers and Bengals have dropped 41 points on Pittsburgh that has held its opponents to 27 or fewer points through the first nine weeks of the season.

The Steelers have to beat Tennessee if they want to stay alive in the wild-card chase. Their defense needs to step up in front of the home fans, and the Steelers have surrendered just 20.2 points per contest over their previous five outings at Heinz Field.

Pittsburgh’s offensive line is another key factor. The Steelers have to slow down the Titans’ pass rush, while Tennessee allows a lot of short passes which is an encouraging sign for the Steelers’ struggling offense.

The over is 4-1-1 in the last six meetings between the Titans and Steelers, and it is 7-1 in Tennessee’s previous eight outings on the road. Furthermore, four of Pittsburgh’s last six games have gone over the total, so the betting trends are clearly suggesting the over in this one.

I don’t think we’ll see a high-scoring affair, as both teams have struggled to score as of late. Tennessee misses Derrick Henry a lot, and the Titans haven’t scored more than 23 points in four straight outings. Both Tennessee and Pittsburgh need a strong defensive performance to grab a win here.