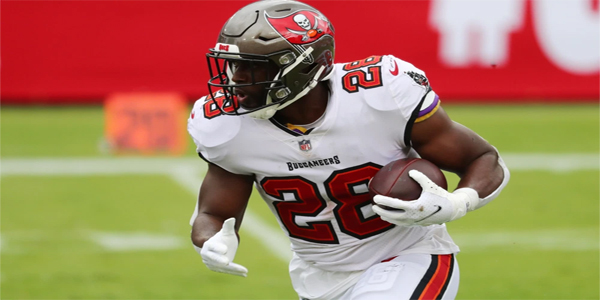 Most people are probably looking at Super Bowl 55 (gee, are we allowed to use that term?) as a duel between the arms of Patrick Mahomes and Tom Brady. And to an extent, that is what should drive things. But there are also other things to be considered. One of those may be to what extent the Tampa Bay Buccaneers may try to control the ball. How problematic could that be? Or could that be a path to great fortune?

I guess we’ll start to know that on Sunday (6:30 PM ET) at Raymond James Stadium. But we have to be able to forecast this as best we can.

Here are the latest odds on the game from our friends at BetOnline:

The Chiefs scored more than 30 points in seven of their first 10 games. but they did so in only three out of their last eight, which makes the 38 they tallied against Buffalo in the AFC Championship game to be somewhat unusual.

Some people don’t worry so much, however, about the ability of a team quarterbacked by Patrick Mahomes to score points.

Where we have seen perhaps a more significant difference in performance is on the defensive side.

Only one of Kansas City’s last seven opponents has reached 400 yards of total offense. That actually happened in what was more or less a throw-away game against the Los Angeles Chargers to conclude the season, where the team was resting starters, having already clinched the top seed in the AFC.

And consider that during this particular period, they were facing capable offensive units, including the New Orleans Saints, Atlanta Falcons and Buffalo Bills. so you have to consider that to be “progress.”

They have done a better job against opposition ground attacks as well. in the first seven games of the season, they allowed an average of 150 rushing yards. Over the next eleven, that average sank to 104. Yes, you might at first glance write this off, rationalizing that teams we usually behind on the scoreboard to the point where they eschewed the run. But Kansas City played a lot of close games down the stretch, winning only one of their last nine by more than six points.

Naturally Tampa Bay hopes that they will be able to either be in the lead or keep this game close if they aren’t. And one might expect that one of the ways they expect to do that is to “shorten” things up a bit. So the question becomes how well they can run and sustain drives, between that and Tom Brady’s downfield strikes.

Kansas City’s overall effort against the run doesn’t match what Tampa Bay has been able to do; they have allowed an average of 4.5 yards per carry. And according to the folks at Football Outsiders, who put together some nice analytics on the game, the Chiefs are 31st out of 32 teams in Defensive Rush “DVOA,” which is meant to represent a rather comprehensive efficiency rating. And incidentally, the Bucs are #1 in that category.

This would seem to indicate that Tampa Bay could reasonably expect to have more success running the football than Kansas City, even though the value of the respective backfields are comparable, particularly if rookie Clyde Edward-Helaire is closer to 100%. And if that becomes the case, it is an important factor, since it would probably favor the Bucs to limit the number of possessions for Mahomes & Co.

Needless to say, you are going to see a whirlwind of props from BetOnline leading up to the Super Bowl; you’ll have to see it to believe it, so check out the website…………… If you’re not signed up already, you can participate in freeroll poker tournaments where the top 100 players will come away with a $10 Sports Freeplay……And there are the $5,500 Props Predictor and the $5,500 Score Predictor that you can get involved with free as a customer! Also keep in mind that you have every conceivable way to be involved, including the cryptocurrencies like Bitcoin – it’s easy, so open your account NOW!

GET YOUR SUPER BOWL LV DEPOSIT BONUS FROM BETONLINE SPORTSBOOK

Super Bowl 55 Preview — KC’s Spagnuolo Thwarted Brady Before; Can He Do It Again?