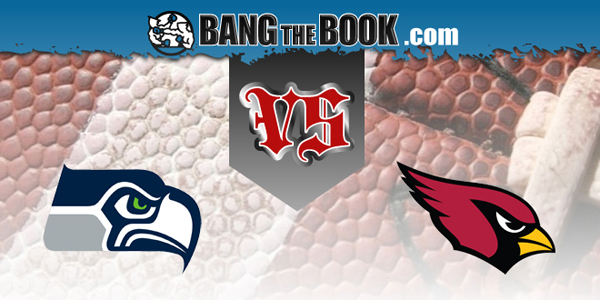 In the category of “last man standing,” we still have the Seattle Seahawks, who, at 5-0, are demonstrating that maybe it’s NOT the best thing to establish the run first. Meanwhile, over here in the other corner we have the Arizona Cardinals, who have actually put together (yikes!) balance in the ground attack. These teams are getting together on Sunday night football in, well, an unexpected turn of events. If there were fans, and they had tickets for this game, they would have to change their plans in order to see this – let’s put it that way.

No, seriously, the Seattle-Arizona game taking place at State Farm Stadium in Glendale, AZ has gone through a time change, because there was at least a little uncertainty – due to COVID-19 constraints – surrounding the Las Vegas-Tampa Bay game that was originally slated to be in the NBC slot. So we have an 8:20 PM ET kickoff for this game.

BetAnySports customers have the opportunity to get better odds by accessing reduced juice, and they also have real-time wagering enabled through Sports Betting Prime.

Okay, we mention that stuff about the running game for the Seahawks.

Only 39% of Seattle’s offensive plays and 29% of the yardage has been dedicated to the run. That’s a reduction. Yet here we are, with the Seahawks at 5-0 and while not in complete control of the NFC West, they are the only unbeaten team in the conference.

If the idea on the part of Seattle coach Pete Carroll is to put the ball in his quarterback’s hands and let him do what he needs to do with it, he has the right guy to do it with. Russell Wilson has to be mentioned in the upper rung of MVP candidates, not just because he has the sizzling 19-3 TD-INT ratio or 73% completions, but because he has accepted this greater “burden,” if you will, and thrived with it, and his offense may be better off for it.

These are the numbers on the game from BetAnySports:

There always seems to be something stunning about Seattle’s numbers. In this case we see that for a team that has not yet scored less than 27 points, these guys aren’t very good at converting on third down. In point of fact, only the Jets – yes, the winless Jets – have been worse than the Seahawks’ 32.6%.

So obviously the objective with the ‘Hawks is to GET them in third down situations. They just don’t find those very often. Seattle has fewer third downs arise than any NFL team, by a pretty decent margin (9.2). They are making first downs, in fact, on first and second downs; when you lead the league at 6.6 yards a play, that’s the kind of thing that happens.

Remember when Kliff Kingsbury took over in Arizona and said he was going to implement the Air Raid and we wondered whether they would ever run the ball, other than by quarterback Kyler Murray? Last year the Cardinals ran the ball only 39.6% of the time, which showed a lack of balance. Now they are at 46.1%, which places them #9 in the league.

That’s significant, and perhaps many saw that coming when they reached out and acquired Kenyan Blake from Miami. Now Blake is standing out in a big way. He was, in fact, a dominant figure last Monday night, as Arizona trampled the Cowboys, racking up 261 rushing yards. OUCH!

Think about this for a second – you have a team that operates under an “Air Raid” philosophy, and a lot of those kinds of teams, such as those under Mike Leach (who put Kingsbury into his Texas Tech lineup originally) hardly run at all. And the Cards, on a night where Murray completed nine of 24 passes, win by 28 points.

In case you’re following this, that’s a “positive” in their column.

Kingsbury is 14-7-1 against the pointspread in his brief NFL career. And we’ll continue to harp on this – Arizona is the NFL’s best team in the red zone. They are #1 defensively in points allowed per red zone trip, and #2 offensively in points scored for every red zone appearance. Remember that there is a difference of four points between a field goal and a touchdown.

Four of Seattle’s five wins this year – and we might add, eleven of their 12 wins in 2019 – have been by margins that were within one possession. So don’t expect them to run and hide. We’ll take the points with the resourceful Cards.

BetAnySports gives you a lot of tools to enjoy the NFL with. Access reduced juice and get a better deal on the pointspread, as well as the total, and then after the kickoff, you can keep the action going with Sports Betting Prime…… They make it very convenient for you to open up an account; simply use your debit card or credit card, person-to-person transfers or the virtual currency of Bitcoin, which NEVER incurs a transaction fee!

Deposit with Zelle, Bitcoin, CashApp, or Gift Card & Get An Exclusive Bonus from USDice Sportsbook