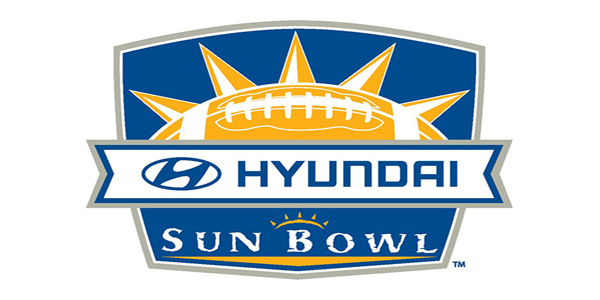 Maybe this bowl game will be grrrrrrrrrrrrrrrrreat! It has to be, right? The “Tony The Tiger Sun Bowl”? How could that game not be great? We’ll see if this game lives up to its sponsor’s catchphrase as the Florida State Seminoles and the Arizona State Sun Devils square off in El Paso, TX in the second kickoff on December 31 at 2:30 p.m. ET. Arizona State is a 4.5-point favorite with a total of 54 that has come down from 56.

Motivation really means a lot in bowl season, as you know. It is fair to wonder about Florida State’s once again. That was the case in 2017 when Odell Haggins was the interim head coach for the Independence Bowl against Southern Miss. Florida State had to reschedule a postponed game against UL Monroe just to get to six wins and keep the program’s bowl streak alive. Jimbo Fisher left for Texas A&M and Haggins, the popular defensive line coach, got his crack as the interim. Florida State won going away 42-13 as a 12-point favorite.

New Florida State head coach Mike Norvell has already announced that Haggins, who is a great recruiter and a tremendous motivator, will stay on the staff. Many people really hoped that Willie Taggart, who had excellent recruiting ties, would work out in Tallahassee, but he didn’t. The Seminoles are fortunate to be in a bowl game this season. Norvell’s early meetings with the team have drawn rave reviews.

However, changes are coming. Norvell runs a different kind of offense and will orchestrate a different kind of defensive scheme. Taggart was in place before the Independence Bowl win and Norvell is firmly entrenched before this Sun Bowl appearance. It sure seems like teams are going to be more motivated when the new head coach is in place, but a lot of times, we really are just guessing when it comes to motivation. It cannot be quantified and once those kids get between the lines, instinct takes over.

In fact, if we’re being honest, the transition and turnover at Arizona State might be worse at this point. Head coach Herm Edwards has done an excellent job in Tempe and has gotten the benefit of the doubt. Offensive changes are taking place. Offensive coordinator Rob Likens was relieved of his duties as QB coach and OC. Position coaches Charlie Fisher and Donnie Yantis are not being retained.

There are some whispers that former Browns head coach Hue Jackson would be brought in to run the offense. Prentice Gill, an assistant at USC and Oregon, is going to be added to the staff. You have to wonder about the prep going on for Florida State right now. Arizona State seems committed to figuring things out with its coaching staff and with its 2020 class of recruits. Is there time in between for bowl prep? There didn’t seem to be much when Arizona State got dominated by Fresno State in the Las Vegas Bowl. The game was not as close as the score would suggest.

Arizona State was 62nd in yards per play on offense during the season with 5.86. In fairness to the Sun Devils, QB Jayden Daniels was hurt off and on throughout the season. The Sun Devils were better in conference with 5.92 YPP than they were out of conference with 5.67. Not much will change schematically, but a lot could change in terms of production.

Of course, Arizona State will be missing the two best players in its offense. Senior WR Brandon Aiyuk had 65 catches for 1,192 yards and Benjamin is far and away the leading rusher with 1,083 yards on 253 attempts. Arizona State only managed 3.6 yards per carry and Eno Benjamin was far and away the team’s leading rusher, though it came the hard way with 4.3 yards per pop and a long of just 33 yards. Big plays in the passing game saved Arizona State this season. They won’t have Aiyuk and they won’t have Benjamin, who are both going to the NFL Draft.

With the talent in Tallahassee, the Seminoles should not finish 66th in the nation in yards per play, especially with how the ACC has fallen off in recent years. The Seminoles even padded their numbers in the non-conference with 6.45 yards per play and then just 5.55 YPP against ACC foes. In the six games against FBS teams with a winning record, Florida State managed just 5.5 YPP and won’t have Cam Akers in the bowl game.

Florida State wasn’t good enough defensively either with 5.37 YPP allowed. Neither was Arizona State with 5.48 YPP against, but that was an upgrade from last season’s 5.71 YPP allowed. Defensive coordinator Billy Gonzales has done a solid job and the hallmarks of his time at San Diego State do make ASU’s defense tough to scout with a short turnaround. This turnaround is quite a bit longer, which could help the Florida State staff.

Even with one point of HFA for Arizona State for the shorter travel and a lot more familiarity with elevation, my line is only Sun Devils -3 in this game. With the line sitting there at 4.5, it will be Florida State for me. I also wonder about Arizona State’s preparation and interest level in this game. For Florida State, it is another chance to get a win for Haggins and salvage something from the last two frustrating seasons before Norvell fully takes the reins. For Arizona State, it seems like more focus is on the future.