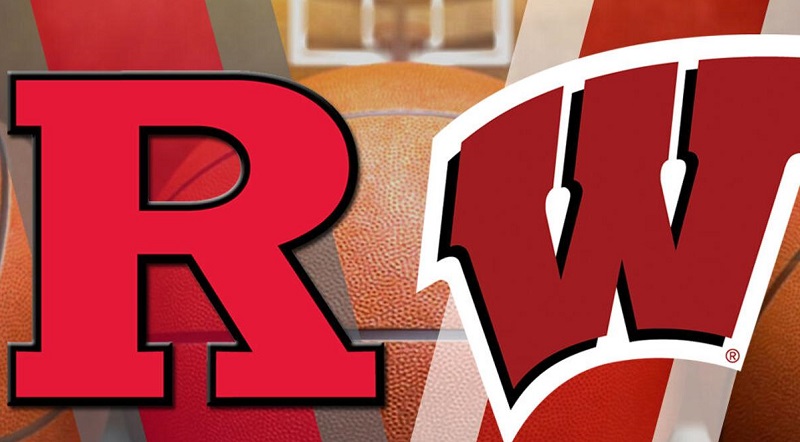 The 2021-22 college basketball season continues with another frenzy Saturday, bringing a ton of interesting markets to the bettors, so we have prepared the best Rutgers vs. Wisconsin betting pick and odds.

The Scarlet Knights meet the Badgers for the first time this season. Wisconsin is a firm home fave, according to Bookmaker Sportsbook. The Badgers search for their third consecutive straight-up and ATS victory over the Scarlet Knights.

Rutgers aims for another upset

The Rutgers Scarlet Knights (14-9; 10-13 ATS) are coming off a surprising 66-64 home victory over the No. 16 Ohio State Buckeyes this past Wednesday. Playing as 3-point underdogs, the Scarlet Knights recorded their second consecutive win and third in their previous four games overall.

After an 84-63 thrashing of the No. 13 Michigan State Spartans, the Scarlet Knights outlasted the Buckeyes on the back of Geo Baker’s 25-point performance. Senior guard also had six assists, while junior guard Paul Mulcahy added 12 points, six boards, and six assists.

Rutgers sits at the sixth spot of the Big Ten Conference standings with an 8-5 record. The Scarlet Knights are No. 92 in the NCAA NET Rankings and No. 84 in the KenPom rankings. They score 104.8 points per 100 possessions (125th in the country) and surrender 95.7 in a return (54th).

The Wisconsin Badgers (19-4; 13-10 ATS) are coming off a 70-62 victory at the Michigan State Spartans this past Tuesday. They upset the odds as 4-point road underdogs, recording their fourth win in the last five outings and second in a row. Interestingly, the Badgers also put an end to their five-game ATS losing streak.

Sophomore guard Johnny Davis had another great day in the office, dropping 25 points on the Spartans. He’s now averaging 20.8 points, 8.2 rebounds, and 2.5 assists per contest, while senior guard Brad Davison is adding 14.7 points and 4.1 boards a night.

The Scarlet Knights must be fired up following a couple of huge wins over the top 25 teams. Beating Wisconsin on the road will be a tall task, but Rutgers should have enough firepower to make this game interesting to watch down the stretch.

Both teams love to take things slowly, which is another reason to take the underdogs. Wisconsin has won four of its previous five games, but none of those wins has come by more than eight points.

The total has gone under in six of Rutgers’ last nine games overall. Furthermore, the under is 4-2 in the Scarlet Knights’ previous six outings as underdogs, and it is 4-1 in the Badgers’ last five games overall.