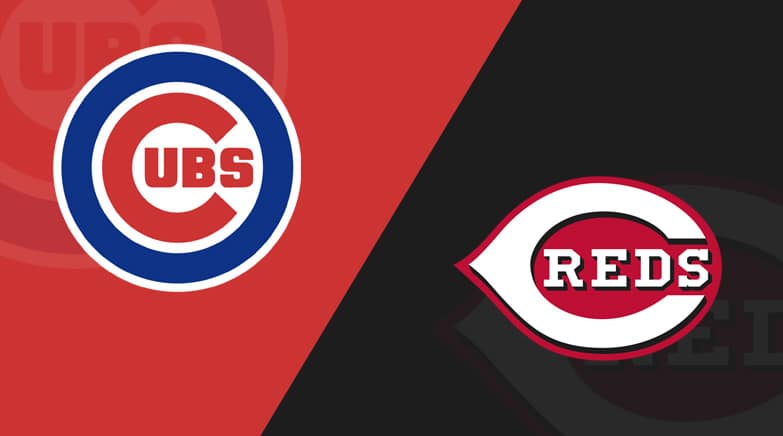 The Cincinnati Reds really needed to sweep the St. Louis Cardinals. Sunday’s setback in a big favorite role looms large as the Reds head to the Windy City to take on the Chicago Cubs. The Reds kept pace with the Brewers with Friday and Saturday wins, but missed the opportunity to gain a game on Sunday night. As this series begins, the Reds are 6.5 games back. The Cubs are 9.0 games out.

Chicago is in for a long few days as the July 30 Trade Deadline approaches. A lot of players could be on the move for a team that doesn’t really have any playoff prospects. We’ll see if the grey cloud of uncertainty has an impact on this series and on this game, as the Cubs take the field as a favorite with Kyle Hendricks on the mound. Wade Miley will go for the Reds, as Chicago is -130 at Bovada Sportsbook with a total of 8.5.

The Reds should have scored enough runs on Sunday to win, as they got a half-dozen runners to touch home plate, but the same problem Cincinnati has had all season long reared its ugly head. Run prevention has not been enough of a focal point for Cincinnati this season. The Reds are 51-48 and the only team in striking distance of Milwaukee, but they have been outscored 496-477 for the season.

The Cardinals pushed the total themselves by scoring 10 runs off of Sonny Gray and the bullpen. The Reds bullpen has been atrocious this season and has the league’s highest ERA at 5.34, up there with teams like Arizona and Colorado. That is not where the Reds expected to be, especially with one of the league’s highest K% as a bullpen unit.

Watch the line movement on this game throughout the day because the Reds are treated much differently at home than on the road. At home, Cincinnati has a .341 wOBA, which ranks fourth. On the road, the Reds have a .304 wOBA, which ranks 18th. The crazy thing is that the Reds are 25-22 on the road with a -7 run differential, but it may be even crazier that they have a top-five home offense and have been outscored by 12 runs at Great American Ball Park.

With names like Luis Castillo, Tyler Mahle, and Sonny Gray, the saving grace of the rotation has actually been the 34-year-old southpaw Wade Miley. Miley has a 2.72 ERA with a 3.25 FIP in his 102.2 innings of work this season. Miley has done well to limit walks, induce a lot of ground balls, and exhibit some outstanding command. He has a 33.8% Hard Hit% on the season, right in line with his 33.1% career mark. He’s just actually had the good luck that he deserves this season.

Kyle Hendricks will not be on the move this week. The 31-year-old right-hander is signed through 2023 and has a vesting option for 2024, so he will be a Cub for the next few seasons. Lately, he has looked more like the pitcher that we are used to seeing.

The pitching staff has been hit or miss for the Cubs this season, but the offense has pretty much been a miss. All sorts of talented hitters have either not done enough or haven’t done anything. The Cubs rank 21st in wOBA for the season at .305. Their 26.2% K% is one of the highest in the league.

Chicago has been substantially better at home, though, posting a .325 wOBA that ranks 12th. They’ve hit for a lot more power at home than on the road. A high K% still lingers, something unlikely to be a concern against a guy like Miley, but their offense is clearly stronger at home. Maybe Wrigley Field’s wonky weather conditions have been beneficial, but this is a team with a much higher projection when playing in the friendly confines.

We’ve got some home/road splits going in opposite directions. We’ve got a better Cubs bullpen and a starter in Hendricks that has been locked into a really nice groove. The Reds are also missing a big thumper in Nick Castellanos. The Cubs are definitely on pins and needles this week with the trade talk, but with an ace in Hendricks on the bump, this price is short enough to like Chicago.