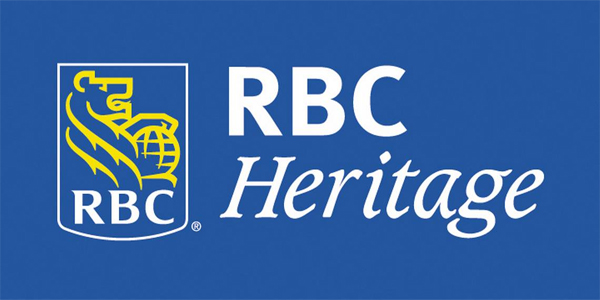 The RBC Heritage field took a little bit of a hit with the withdrawal of Bryson DeChambeau, but for a tournament immediately following The Masters at Augusta National, we actually have quite a field on hand in Hilton Head, South Carolina.

Harbour Town Golf Links is the course in question and the Invitational status for this event brings out a little bit better of a field. The cut-down field has 132 players instead of 156 and a little bit more exclusive criteria to get into the tournament. It should be a good one and we certainly have a lot to talk about.

We’ll put odds from MyBookie Sportsbook down at the bottom of the page after we go through all the particulars and the types of players that you want to pick in this field.

Dustin Johnson once again sits near the top of another odds board with his price of +1000 for this weekend’s RBC Heritage. Webb Simpson sits at +1200 with Patrick Cantlay at +1400. There are a lot of really high-class players in this event, including Collin Morikawa at +2000, Daniel Berger and Matthew Fitzpatrick at +2200, Cam Smith, Ty Hatton, and Abraham Ancer at +2500, and then Paul Casey at +2800.

Corey Conners, Sungjae Im, Sergio Garcia, Tommy Fleetwood, Will Zalatoris, and Lee Westwood are listed in the next group at +3000 or +3300.

There are a lot of players not here, like Jon Rahm, Justin Thomas, DeChambeau, Patrick Reed, Viktor Hovland, and others, but this is still an exciting field for the tournament right after a major and the short prices on the board are all guys with a chance to win.

Harbour Town Golf Links is a par 71 coming in around 7,100 yards. Like all coastal courses, wind could be a significant factor. Accuracy is preferable to distance here, as hitting fairways and good second-shot irons is the way to win. The list of recent winners here includes the reigning champ in Simpson, but then CT Pan, Satoshi Kodaira, Wesley Bryan, Branden Grace, Jim Furyk, Matt Kuchar, and others that are not prolific hitters.

Distance is never really a bad thing, so long as it comes with some accuracy. Simpson torched the course to shoot 22-under and beat Ancer by one shot, but the previous four winning scores were 12-under, 12-under, 13-under, and 9-under. It all depends on how the weather plays.

The top nine in SG: Approach per DataGolf all made the cut last year, including runner-up Ancer, winner Simpson, and top-five players Sergio Garcia and Joaquin Niemann. Short grass and GIRs are what you want to see here.

Scrambling, proximity to the hole, and driving accuracy are three pretty important stats this week.

This is our Horse for Course section, where we look at guys with past success at Harbour Town. Simpson’s win last year was his third top-10 finish and his fifth top-20 finish in Hilton Head.

Rory Sabbatini stands out at +16000. He has four top-10 finishes here in his career and was 21st last year with good metrics across the board. At 160/1, you could do a lot worse, even if the current form is a little iffy.

Kevin Streelman is +9000. He shot 2-under, but missed the cut last year. He had two top-10 finishes the two years prior.

Ian Poulter is +6000 with four straight top-15 finishes. This course does have a little Scottish/English flare to it, which would seem to play into Poulter’s game.

Kevin Kisner, who missed the cut at 3-under last year, has finished 11th or better three times in his last six starts at Harbour Town. That’s not bad for a +5000 price tag.

Branden Grace is a past winner at +8000 with three top-11 finishes. Luke Donald is +60000 with five runners-up and two third-place finishes. He’s clearly not the player he used to be, but we’re looking at course form guys.

You certainly have to like where the game is at for Corey Conners, who has three top-10 finishes and a 14th in his last four stroke play events. Paul Casey finished 26th at The Masters, but also has a couple of top-10 finishes recently. Si Woo Kim was ninth at The PLAYERS Championship, 23rd at the Valero Texas Open, and 12th at The Masters. He’s in some good recent form.

Obviously Will Zalatoris is in great form after his runner-up at Augusta. He was also T-10th at the Arnold Palmer. Cam Smith has a couple top-20 finishes in his last couple of events. Chris Kirk didn’t qualify for The Masters, but had a couple top 10s at Bay Hill and TPC San Antonio.

Charley Hoffman was the runner-up in Texas and had a couple top-20 finishes in Florida prior to that. Ancer has three straight top-30 finishes, so he’s played well of late.

I’ll be looking down the board a little bit here. Ian Poulter at 60/1 is probably my favorite play. Poulter ranks fourth on tour in Scrambling and that’s a big part of the game here at Harbour Town. He’s had some recent success and is tied for 21st in driving accuracy. His iron play has been a major issue, but he’s comfortable here and he’s scrambled well enough to make up for it.

Here’s a bomb price for you. Chez Reavie is +22500. He’s 10th in driving accuracy and ninth in SG: Approach. The wedges have let him down, but this is a shorter course with less emphasis on distance, so I’d think he could hit more GIR this week.

Take some shots in this tournament.

Coverage of the RBC Heritage will be on Golf Channel and CBS this week.

ODDS FOR THE 2021 RBC HERITAGE