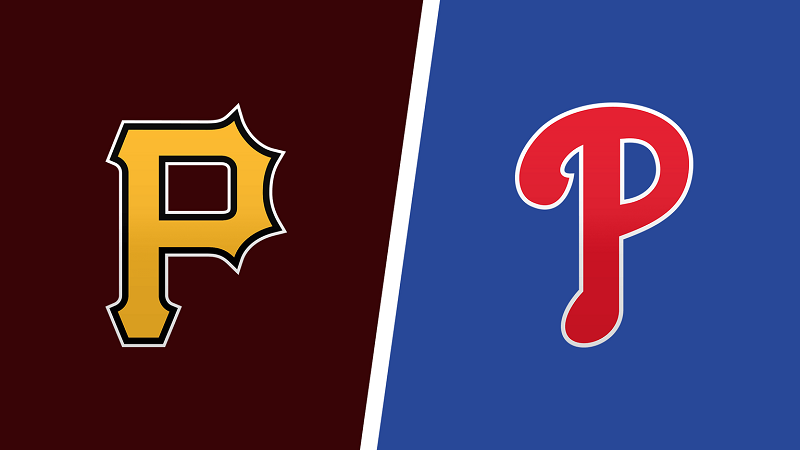 The Pittsburgh Pirates and Philadelphia Phillies lock horns Thursday, September 23, 2021, to open a four-game series at Citizens Bank Park in Philadelphia, so here’s the best betting pick for this National League showdown along with the latest odds update on BetDSI Sportsbook.

Back on the first day of August, the Phillies dismantled the Pirates 15-4 as -152 road favorites to avoid a sweep in a three-game set at PNC Park. This time around, the Phillies are heavy -235 moneyline favorites with a total of 8.5 runs, while the Bucs sit at +212.

The Pirates continue to upset the odds

The Pittsburgh Pirates are coming off a 6-2 road victory over the Cincinnati Reds this past Tuesday, stopping a two-game slide and improving to 57-94 on the season. Their Wednesday clash at Great American Ball Park was postponed due to bad weather, so the Bucs continue their ten-game road trip hoping to stay on the right track.

Wil Crowe was expected to take the mound Thursday in Philadelphia, but the Bucs decided to go for a bullpen day. Connor Overton will get the starting call, his second since joining Pittsburgh earlier this month. In three appearances with the Bucs, the 28-year-old righty has allowed just a couple of hits and one walk while punching out five across five innings of work.

The Phillies are in a must-win situation

The Philadelphia Phillies improved to 77-74 on the season following a 3-2 home win to Baltimore in ten innings this past Tuesday (Wednesday’s closer against the O’s has been excluded from the analysis). It was another disappointing performance on the heels of a 2-0 defeat to the Orioles in Monday’s opener of a three-game set at Citizens Bank Park, but the Phillies somehow managed to escape with a huge win.

Aaron Nola (8-8; 4.48 ERA) will toe the slab Thursday and get the Pirates for the second time this season. He took a no-decision on July 31, tossing six frames of a two-run ball in a 3-2 defeat on the road. The 28-year-old righty hasn’t been sharped so far this season, and over his previous four starts in September, Nola has posted a 5.85 ERA and 2.71 FIP, allowing a .383 BABIP to his opponents.

Connor Overton has tossed 58.2 innings in Triple-A through seven starts and 15 relief appearances this season. He won’t last for long, while the Pirates bullpen has registered a solid 3.45 ERA over the last weeks. However, the Bucs’ relievers have also recorded a mediocre 4.69 FIP while surrendering 1.35 home runs and 3.60 walks per nine frames.

On the other side, the Phillies bullpen has been terrible in the past two weeks, tallying a 6.43 ERA and 5.94 FIP. The hosts will need a strong display from Aaron Nola, who’s bounced back last time out, allowing just one earned run across 5.2 innings of work in a 5-3 win at the Mets. The current Pirates are slashing just .157/.238/.282 in 48 at-bats against Nola, so I’m backing the Phillies to win and cover on the back on their offense.

The last meeting between the Pirates and Phillies saw 19 runs in total, while four of their previous six encounters produced nine or more, so I’m going with the over. The Bucs have improved offensively over the last few weeks, and the Phillies bullpen will have a tall task even if Aaron Nola stays on the mound for six innings.

On the other side, the Phillies just have to hit on the Bucs’ bullpen day. That’s the only way they’ll grab a win and stay alive in the playoff chase.