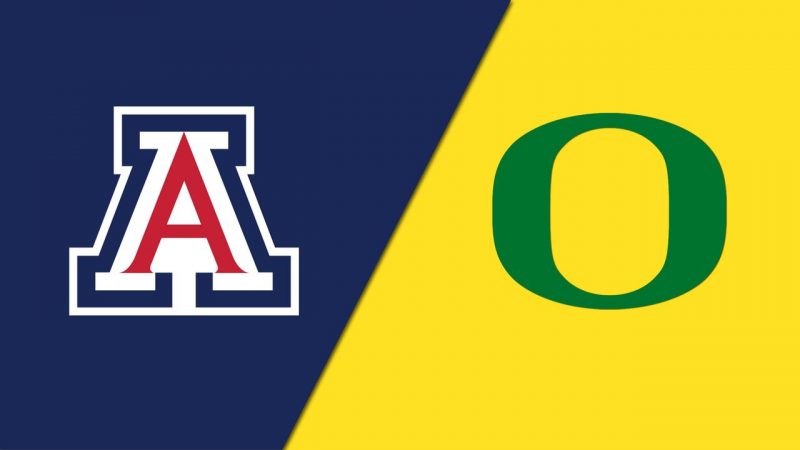 The 2021 CFB season goes on with Week 4 matchups on Saturday, September 25, including the Pac-12 showdown from Autzen Stadium in Eugene, Oregon, so here’s the best Arizona vs. Oregon betting pick along with the latest team stats, news, and betting trends.

The Ducks opened as massive 28.5-point home favorites on Bovada Sportsbook. They meet the Wildcats for the first time since 2019 when Oregon hammered Arizona 34-6 as a 27.5-point home fave.

The Arizona Wildcats (0-3; 1-2 ATS) are riding the longest active losing streak in the nation. They’ve dropped 15 consecutive games at any location while going only 3-12 against the spread. The Wildcats kicked off the 2021 season with a decent performance in a 24-16 home loss to BYU, covering a 13.5-point spread, but they’ve been awful through the next two games against San Diego State and Northern Arizona.

Back in Week 2, the Wildcats suffered a heavy 38-14 defeat to the Aztecs, playing as 1.5-point home favorites. Last Saturday, they met the FCS team as massive 26.5-point home favorites and lost 21-19 in another disappointing performance. Arizona allowed just 240 total yards to the Lumberjacks, who still had the ball in possession for 35 minutes.

Freshman Will Plummer has tossed for 309 yards and a couple of touchdowns and interceptions so far this season. The Wildcats are racking up only 79.3 rushing yards per game (2.9 per carry) while allowing 193.3 in a return (4.3 per carry).

The Oregon Ducks (3-0; 1-2 ATS) enter Week 4 as the No. 3 in the AP Top 25 Poll. They are coming off a 48-7 home victory to the Stony Brook Seawolves this past Saturday. The Ducks failed to cover a 42-point spread but had no problems outlasting the lowly Seawolves. Oregon held its opponents to 271 total yards and forced four turnovers, while the Ducks’ balanced offense finished with 173 rushing yards and 263 through the air.

Verdell also has eight catches for 70 yards and a couple of scores. Senior QB Anthony Brown has completed 59.7 percent of his passing attempts for 567 yards and four touchdowns, while senior WR Johnny Johnson III has seven receptions for 117 yards and a TD.

The hosts will win this clash easily, but covering a 28.5-point is never an easy task. Anyway, I cannot back this Arizona team that just lost to the Northern Arizona Lumberjacks as a massive home fave, so give me the Ducks to win by four touchdowns.

Oregon will torture the Wildcats on the ground and move the ball at will. Also, the Ducks shouldn’t have any problems dealing with the Wildcats’ offense, but the only troublesome thing is that the hosts will rest their starters down the stretch, for sure.

The last seven encounters between Arizona and Oregon went in the under, but the totals have been set above 65 points in each of those seven tilts. I’m still sticking with this betting trend, expecting the run the ball a lot and eat the clock while shutting down the Wildcats’ offense that has failed to reach a 20-point park through the first three weeks of the season.

Furthermore, the under is 5-1 in Oregon’s last six games overall, and it is 8-3 in Arizona’s previous 11 outings at any location.