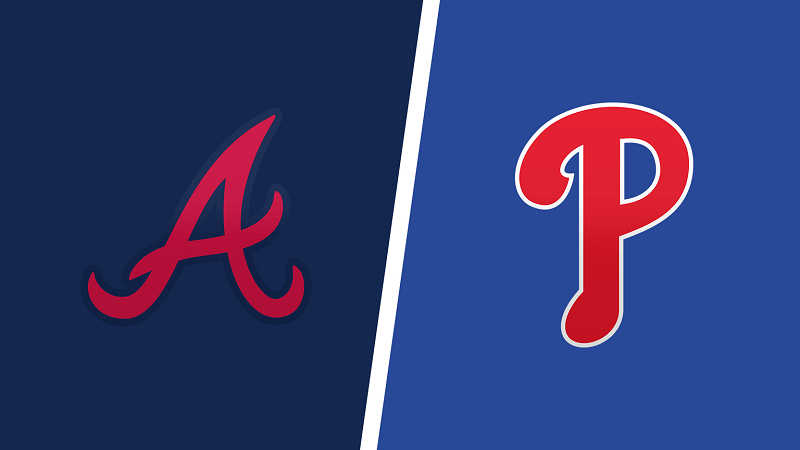 The MLB playoffs continue with Game 2 of the NLDS in Atlanta continues on Wednesday, October 12, so make sure you don’t miss out on the best Phillies vs. Braves betting pick and odds.

Philadelphia and Atlanta will play the second of a best-of-five NLDS series at Truist Park, and the Braves are -123 moneyline favorites on MyBookie Sportsbook, while the total is set at 7 runs. These NL East foes have met 19 times this season before this series, and the Braves lead 11-8. However, the Phillies opened this postseason series with a win.

Phillies edged the Braves in the NLDS opener

The Philadelphia Phillies secured the third consecutive win of the postseason. After sweeping the Wild Card series against the St. Louis Cardinals on the road, the Phillies beat the Atlanta Braves in the opening game of the NLDS. Philadelphia got to a 7-1 lead in the 5th inning, and even though the hosts tried to make a comeback, the Phillies did snatch a 7-6 win.

Nick Castellanos with three and Alec Bohn with two RBIs led the Phillies offensively in this win, while Bryce Harper, Jean Segura, and Castellanos had a multi-hit display. Ranger Suarez pitched only 3.1 innings and allowed one run on three hits with five strikeouts and five walks. Seranthony Dominguez was credited with a win.

Zack Wheeler (12-7) will start for the Phillies in Game 2 of the NLDS against Atlanta on Wednesday. The 32-year-old right-hander already started one game in the playoffs this year, and it was a no-decision against the Cardinals. For the season, Wheeler registered an excellent 2.82 ERA, 1.04 WHIP, and 163/34 K/BB ratio in 153.0 innings.

The Atlanta Braves started the defense of their MLB title with a home loss to the Philadelphia Phillies in the opening game of the NLDS. The Braves struggled and had to chase the deficit from the beginning, and although they managed to cut it to just one run, it was too late to complete a comeback.

Matt Olson hit a three-run homer in the 9th inning, but that wasn’t enough to avoid a defeat. Travis d’Arnaud had a solo homer and ended the tilt with three RBIs, while Ronald Acuna Jr. registered three hits. Max Fried struggled in his start as he pitched for 3.1 innings and surrendered four runs on eight hits with two strikeouts and a walk in a loss.

After losing the opening game of this NLDS, I am backing the reigning World Series champions to bounce back in Game 2 before it becomes too late for a comeback. Zack Wheeler dominated in his previous start as he allowed just two hits during 6.1 scoreless innings against St. Louis and he also has strong numbers against Atlanta this year. In three starts against the Braves (2-0), Wheeler registered a rock-solid 2.70 ERA over 20.0 innings. Kyle Wright, on the other hand, also posted good numbers against Philly this season; he has a 2-1 record in three starts with a 2.84 ERA across 19.0 innings. It’s going to be another tight clash, but on this occasion, I am going with the Braves to win it. Atlanta is slightly better than Philadelphia when it comes to batting against righties.

I mentioned Wheeler and Wright’s strong numbers in this matchup and I don’t think that will change on Wednesday. Following a 15-run affair in Game 1, I seriously doubt we will have another high-scoring clash here. Wright is allowing just a .159 batting average to the Phillies, while Wheeler averages .233 to the Braves, which are strong numbers. Under is 6-2 in the Braves’ last eight home games; Under is 5-1 in Atlanta’s previous six Divisional Playoff games, while Under is 5-1-1 in the Braves’ last seven playoff games.