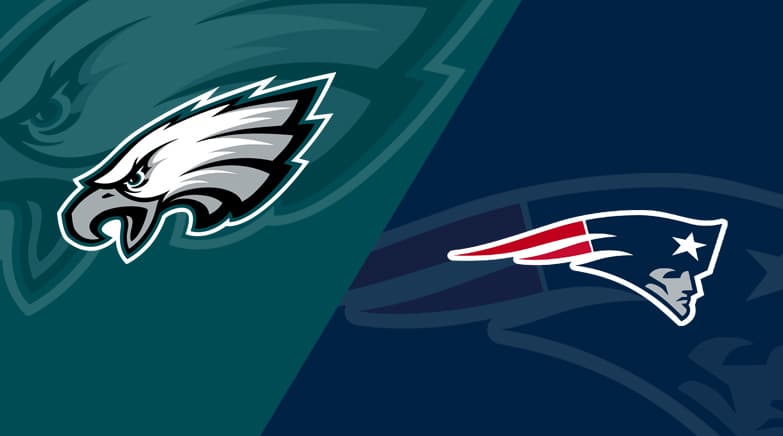 NFL Preseason Odds — Will the Eagles Have Enough “Arms” to Fly Past Pats?

Who is eventually going to be taking snaps at quarterback for the New England Patriots in the regular season? Well, as most BetAnySports customers know, that has yet to be determined. So these preseason games may go a long way toward determining that.

The Patriots saw some stuff that was encouraging out of both former MVP Cam Newton and rookie Mac Jones in last week’s win over the Washington Football Team, and now they’ll take on another NFC East team as they visit the Philadelphia Eagles at 7:30 PM ET on Thursday at Lincoln Financial Field.

You can wager on this game while it is in progress. Did you realize that? Yes, you can, with Super Lines and Ultimate Lines.

And we are following the Patriots’ situation with a lot of curiosity, because without Tom Brady, they had problems. While the widely-acclaimed “G.O.A.T.” was winning another Super Bowl in Tampa Bay, Bill Belichick was struggling with his quarterback situation. He had chosen Cam Newton as the heir apparent, and Newton had proceeded to throw just eight touchdown passes.

While Newton certainly has some usefulness in the rushing department, the strength of his arm has come into question, as it had been in his latter years with the Carolina Panthers. No, he is not the same guy who won an MVP award as he led the Panthers to the Super Bowl. But the question is whether he can win with what Belichick can put around him.

But maybe the better question is whether he’ll even get a full opportunity to redeem himself. A rookie quarterback was drafted in the first round, and that rookie is eventually going to take over the starting job. Will that happen sooner than later? As we alluded to at the top, a game like this one might help Belichick make his decision.

Let’s go over the NFL preseason odds as they are posted on this one at BetAnySports:

And so you’ve got to imagine that the two spoke at length about Mac Jones before Belichick drafted the QB in the first round. There were questions about Jones’ arm during the draft process, although it was said that the San Francisco 49ers were interested in taking him with the third overall selection, before they decided on Trey Lance.

But Jones was said to be “NFL-ready,” in terms of his ability to lead an offense. But you know, he was unusually accurate on long passes, completing 74% beyond 20 yards in the air.

It’s conceivable that as New England proceeds with two tight ends as a major staple of its offense, that will play into Jones’ strengths, although Belichick is hoping this will help Newton too.

And since BetAnySports patrons know that the Pats like to run the ball – indeed, NEED to – it was significant that they got big plays out of fourth-round draft pick Rhamondre Stevenson, who rambled for a 91-yard touchdown against Washington. It’s going to be a committee in Foxborough, and he’ll be part of it.

We’re not sure what to expect out of the Eagles, except that if they’re healthier, they could be better than last season. There were so many injuries. Then there was drama. And now there’s a new coach (Nick Sirianni, who was the offensive coordinator with the Chargers last year).

The chances for the Eagles pretty much comes down to how much Jalen Hurts can progress. Will defenses concentrate on his running ability and make him beat them with his arm? Whatever the case, Hurts’ teammates are reportedly, to a man, enamored with him.

But the second and third-team defenders were not stellar last week against Pittsburgh. They made Dwayne Haskins look like an All-Pro. That wasn’t a good look.

Remember that Jones (13 of 19 last week) is a quick study, and that Bryan Hoyer and Cam Newton have had time in the offensive system. On this end, we favor the Patriots minus the points.

Get all of your preseason NFL action at BetAnySports, where they give you lots of ways to play, including live action through Super Lines and Ultimate Lines!……… Make your deposits by way of credit cards as well as Bitcoin, the digital currency that incurs NO transaction fees!