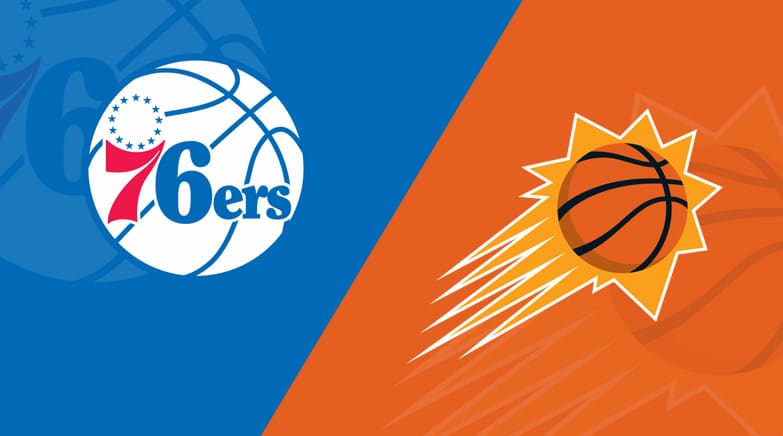 The 2021-22 NBA season continues Sunday, March 27, with the interconference showdown at Footprint Center in Phoenix, Arizona, so we bring you the best 76ers vs Suns betting pick along with the latest team stats and news.

Phila meets Phoenix for the second and final time this regular season. The Sixers are winless in five straight encounters with the Suns following a 114-109 defeat at home on February 8. Phoenix is a 5-point home fave for Sunday’s contest, while the totals sit at 230.0 points on BetDSI Sportsbook.

Last Friday, the 76ers routed the Clippers to extend their winning streak to three games. James Harden tortured LA for 29 points, 15 rebounds, and seven assists, while Joel Embiid posted a 27-point, 10-rebound double-double in just 28 minutes on the floor.

The Sixers have gone 5-1 straight up and 3-2-1 ATS over their last six outings at any location. They are tied with the Milwaukee Bucks for the No. 2 seed in the Eastern Conference, trailing the top-seeded Miami Heat by half a game.

The Suns shoot for their eighth straight W

The Phoenix Suns (60-14; 41-33 ATS) are coming off a 140-130 victory at the Denver Nuggets this past Thursday. Playing as 1-point road dogs on the second night of a back-to-back set, the Suns extended their winning streak to seven games and finished a three-game road trip in style.

Devin Booker went off for 40 points at Ball Arena in Denver. Chris Paul returned from a five-week absence caused by a wrist injury and accounted for 17 points and 13 assists, while Mikal Bridges had 22 points on 8-for-9 shooting from the field.

The Suns clinched the No. 1 seed in the Western Conference. They own the best record in the NBA, too. Phoenix is tied with Atlanta for the second-best offensive rating in the league (115.6 points per 100 possessions) and ranks third in defensive efficiency (107.1).

The 76ers have a lot on the table in this clash. They are fighting for the No. 1 seed in the East, while the Suns have already clinched the home-court advantage throughout the 2022 NBA Playoffs. Also, the Sixers have to prove their worth, so I’m backing them to cover.

Joel Embiid and James Harden will have to step up and lead the way for the Sixers, who need to bring their best defense if they want to upset the reigning vice-champs. Over their last eight outings, the 76ers have recorded the third-best defensive rating in the NBA, surrendering 110.3 points per 100 possessions.

Phoenix has scored 125 or more points in seven straight outings. The over is 7-1 in its last eight games overall. On the other side, the over is 4-2 in the Sixers’ last six contests overall and 8-1 in their previous nine showings on the road.