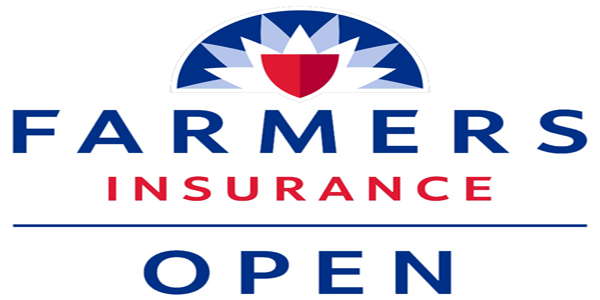 The Farmers Insurance Open is a tremendous test for the PGA Tour players. Both courses at Torrey Pines are a challenge, but the South Course is one of the toughest on the calendar for the players. This course is feisty enough to host a major and, oddly enough, it will with the 2021 US Open in San Diego for the first time since 2008.

We’ll be able to talk more about that major down the line, but the Farmers Insurance Open is the event in the spotlight for now. As the premier event of the early-season “west coast swing”, the field is actually a little bit disappointing because the European Tour event in Dubai has taken some players out of the equation.

We’ll take a look at the odds from MyBookie Sportsbook this week to handicap the event. We’ll post the full list after the body of the article, but we’ll refer to the odds as we name the players that should be under consideration over the course of the preview.

This field is terrific, even though the Omega Dubai Desert Classic is also happening this weekend. That event took away Tyrrell Hatton, Tommy Fleetwood, Collin Morikawa, Matthew Fitzpatrick, Paul Casey, Sergio Garcia, and Justin Rose, among others. It is a little bit surprising that some of those players would opt to be in Dubai instead of at the site of the 2021 US Open.

Rather than focus on who isn’t here, let’s focus on who is. Jon Rahm is back after bowing out of The American Express last week. He is the favorite at the top of the odds board here alongside Rory McIlroy, as they are listed in front of guys like Hideki Matsuyama, Viktor Hovland, Sungjae Im, Harris English, and Jason Day. Jordan Spieth will also hit the course for the first time this year. Brooks Koepka is also back in the field this week after a MC at PGA West last week.

Seven-time winner Tiger Woods is out indefinitely after undergoing another back surgery.

Between new equipment and players that hit the ball farther than ever before, it will be interesting to see how the scores go at Torrey Pines moving forward. We know that more and more players can shorten courses like these. It will make the US Open even more interesting this year, that’s for sure.

BET THE BEST BETTING ODDS FOR GOLF AT MYBOOKIE SPORTSBOOK

Our Horse for Course section sheds some light on the guys that have played well here in the past. There are a lot of guys that have a lot of history here. We’ll look back to 2010 in terms of the player histories for this event.

Jason Day and Brandt Snedeker are two-time winners here. Day is playing for the first time in over two months. Snedeker has missed both cuts in 2021. Snedeker won in 2016 and 2012. Day won in 2018 and 2015. Day also has three other top-10 finishes since 2013. Sneds has five others since 2010, including a third last year after two years outside the top 10.

Rahm won here in 2017 and has finished second and fifth the last two years. He was seventh at the Tournament of Champions before skipping the last two weeks. McIlroy has back-to-back top-five finishes. He came in third last year.

Tony Finau has four straight top-15 finishes here and another top-20 in 2016. He hasn’t finished outside the top 25 in this event, but after another rough Sunday last weekend, he is a tough bet t make.

There really are a lot of players with some good results here. JB Holmes had a run of three top-six finishes from 2015-18. Charles Howell III has five top-10 finishes since 2010. Patrick Reed was sixth last year for his best finish. Patrick Rodgers has two top-10 finishes in the last five years around three missed cuts. Bubba Watson won here in 2011. He returned for the first time in five years to finish sixth last year.

Gary Woodland has five top-20 finishes in the last seven years. Billy Horschel, who is in pretty good form, has a couple of eighth-place finishes. He’s made each of the last five cuts.

Tons of guys with some great course form in their careers. Recent form is harder to come by. Si Woo Kim won last week and was 25th two years ago. Cameron Davis had a top-five finish last week along with Finau, Doug Ghim, and McIlroy.

One player that is really interesting this week is Xander Schauffele. He played really well in the Tournament of Champions, but he has not played well here back at home. The San Diego State product has missed four of five cuts in this event. He’s got a short price because of his name and how well he has played over the last couple seasons, but it is tough to back him.

One player I do like this week is Ryan Palmer. Palmer was disappointing at the Sony Open a couple of weeks ago, but played well at Kapalua. He’s also finished in the top 25 all three times here, including a second in 2018. At +5000, he’s not a bad look.

Bubba Watson is coming off of the shelf here, but he was excellent in last year’s tournament. He led the field in SG: Tee-to-Green. He putted pretty well, too, but not nearly as well as tournament winner Marc Leishman. Watson is risky with the long layoff, but he returned to this event last year for a reason and played really well. He’s +4000.

Look for guys like JB Holmes and Corey Conners in some matchups, group matchups, and maybe some top-20 or top-10 props. Both guys hit the ball a long way. Holmes has had some success here with four top-20 finishes in the last six starts at Torrey Pines.

Conners also could be shaking off some rust, but he’s a big-time hitter that had two top-10 finishes towards the end of 2020. He only has one start here, but the big ball striking is a bonus.

Coverage of the Farmers Insurance Open will be on Golf Channel and CBS throughout the week.