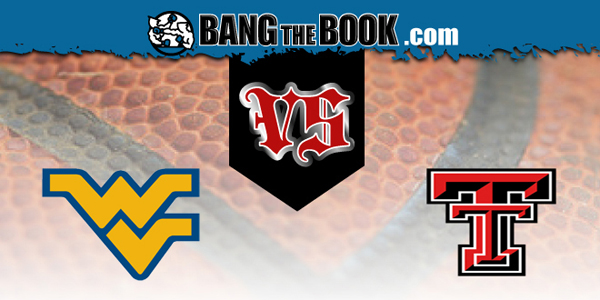 The West Virginia Mountaineers and Texas Tech Red Raiders have both been hurt by the COVID-19 pandemic. And that may be a factor as they clash as part of ESPN’s “Big Monday” coverage. It’s a 9 PM Eastern time tip-off at the WVU Coliseum in Morgantown, and if you are a BetAnySports customer, you will be able to get reduced juice for better odds. Then, after the game begins, Sports Betting Prime will give you the opportunity to do real-time wagering, thus enhancing the experience.

Here are their college basketball betting odds on this game:

Texas Tech, carrying an 11-4 record (6-9 against the spread) is ranked 12th by the Associated Press. The Red Raiders were delayed by the postponement of a couple of games, and as a result last played nine days ago, when they lost a 68-60 decision to second-ranked Baylor at home.

West Virginia is 10-4 straight-up and 7-7 against the number. They are 14th in the AP rankings. And they were also a victim of postponements of games, and sat out two weeks before coming back with a 69-47 win over Kansas State.

There are those who would say that Texas Tech is bound to be a little rusty coming into this one, having had to stay out of competition for the previous eight days. And there is a point to be made there. But this would probably be a bigger problem if the Red Raiders were a team that relied on perimeter shooting.

Everybody is going to shoot threes in this day and age. But that constitutes less than a third of their field goal attempts and less than a quarter of their total points (the national average is quite a bit higher).

Fresher legs help with the overall defensive effort, we’re figuring, and Texas Tech is fourth in the nation in Adjusted Defensive Efficiency (according to KenPom).

Aside from that, they have known that West Virginia was going to be the next opponent since Thursday, while the Mountaineers had to play Kansas State on Saturday.

But BetAnySports patrons should know there are “two sides” to that one as well. West Virginia was able to shake off some rust after two weeks off due to – you know what – but at the same time they have really had only a day to come up with a game plan to deal with the team that, interestingly enough, is the reigning national runner-up, if such a term actually exists.

Against Kansas State, West Virginia forced 28 turnovers. The Mounties took a blow at the start of 2021 when Oscar Tshiebwe, the sophomore forward who is a formidable rebounder and defensive presence, announced that he was leaving and transferring to Kentucky. And the idea of “Press Virginia” isn’t necessarily all the way alive, as WVU is just 70th in defensive turnover percentage. Is the K-State effort an outlier? Or is it an approach they are taking with the loss of Tshiebwe?

The Mountaineers are playing a little “smaller” these days, with four perimeter players in the lineup. And one of the objectives is to be quicker on the defensive end. Maybe that works better. Either way, T-Tech isn’t all that turnover-prone.

Actually, pressure is more the Red Raiders’ game. They are seventh nationally in TO percentage on the defensive side. They’re going to force West Virginia to shoot from the outside, because they collapse and do a great job inside the arc. Huggins’ team is about average out there.

Texas Tech has allowed just 59.9 points per game, indicating that they play the “pace” game successfully as well. Defense enables them to compete on the road; they have scored victories at both Oklahoma and Texas – two teams that beat West Virginia by a slim margin.

WVU’s offensive rebounding effort is going to suffer without Tshiebwe, a beast who pulled down 3.8 offensive boards per game. That swings an important edge to Texas Tech, particularly if the Mountaineers can’t shoot lights-out. We’ll take the points.

BetAnySports is your headquarters for college hoops, with reduced juice for better odds and Sports Betting Prime for exciting real-time action during the game…… Make your deposits with a debit card, credit card, person-to-person transfers or the virtual currency of Bitcoin, which is fast and easy with their automated system, and NEVER incurs a transaction fee!