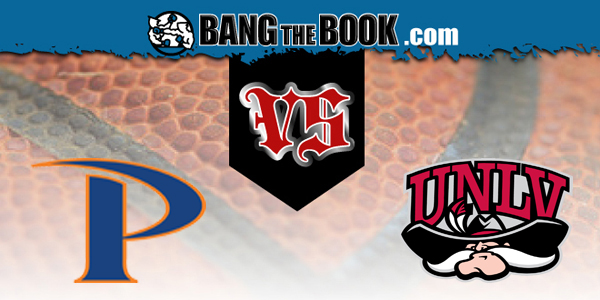 It is a pretty quiet Monday on the college basketball side. Only two ranked teams are in action and only a handful of games are scheduled to be played.

Most watchful eyes will be on Marquette vs. Creighton, at least those bettors that aren’t watching Ravens vs. Browns. We have our sights set on a different game for Monday. The non-conference matchup between Pepperdine and UNLV is the spotlight game for us this evening.

It also happens to be the latest game on the card, which doesn’t hurt so that our fine readers have more time to check out the preview.

Pepperdine is up to a 2.5-point favorite with a total of 149 with our good friends at BetOnline Sportsbook. This line opened Pepperdine -1 so bettors are, ahem, riding the Waves of the line move thus far.

Let’s see how this one stacks up for college basketball action on December 14:

The end of Lorenzo Romar’s tenure in Washington wound up being very underwhelming, especially with how the Huskies started with three tournament appearances in a row from 2009-11 in Romar’s second, third, and fourth seasons at the helm. Romar took the Pepperdine job in 2019 and the Waves went 16-18 with a 6-10 mark in conference. Last season, Pepperdine was 16-16 and 8-8 in conference with a double overtime loss to Saint Mary’s to end the season in the West Coast Conference Tournament.

This looks to be Romar’s best squad yet in Malibu. The Waves are only 3-3 and one of their wins came against lower-division St. Katherine, but they played right with San Diego State on the road in a 65-60 loss and fell to UCLA in triple overtime. They’ve been a plucky team to open the year and have given some big boys a scare. They also beat Cal by 12 at home.

Pepperdine’s opponents have collectively shot 25.6% from 3, which is a big reason why they’ve been able to have success. In the five-point loss to SDSU, the Aztecs were just 2-of-19 from 3. In the win over Cal, the Golden Bears were 5-of-24.

Offensively, Pepperdine is shooting 56.5% inside the arc and 85.7% at the free throw line. Junior Kessler Edwards and senior Colbey Ross barely leave the floor, but Pepperdine rotates in a lot of other players and has gotten contributions from Pitt transfer Kene Chukwuka right out of the gate.

It will be interesting to see how Pepperdine bounces back. Following the good win over Cal, Pepperdine lost to a really bad Cal State Northridge team by five at home in a game that was played to 76 possessions but featured 173 points. Northridge was 29-of-46 on two-point shots and that has been a problem area for the Waves. Opponents have shot 53.6% from 2.

Will they fare better in this one?

The Rebels are off to a disappointing start this season at 1-4. The Rebels went in spurts last season under then first-year head coach TJ Otzelberger. They lost eight of 12 to open the season, then won six of their first seven Mountain West games before losing five of the next six. Then they won five straight going into the MWC Tournament before bowing out in the first round against Boise State.

On a game-to-game basis, there was no telling what UNLV was going to do or how they were going to play. So far in 2021, UNLV has lost in blowout fashion to Montana State, UNC, and Alabama. The Rebels also lost by four to Davidson in a game where the Wildcats paraded to the free throw line with 25 makes on 31 attempts.

Then last time out, UNLV pulled a mild shocker with a 10-point road win at Kansas State. To this point, UNLV has let the opposition dictate the pace. They’ve struggled badly to defend both the interior and the perimeter. Opponents have shot nearly 38% on threes and nearly 52% on twos. Meanwhile, UNLV is shooting 35.7% from 3 and 47.9% from 2. That won’t get it done.

In fairness, there are a lot of new faces in Vegas. There is freshman Nicquel Blake. Iowa State transfer Caleb Grill and South Dakota State transfer David Jenkins Jr. have been dialing it up from distance, but have struggled on the defensive end. UNLV is missing Elijah Mitrou-Long, Amauri Hardy, and Donnie Tillman from last year’s squad.

This profiles as a team that should get better as the season goes along, but does that help tonight?

These are two teams that should march up and down the floor tonight with minimal resistance. UNLV is playing to the opponent’s pace and Pepperdine will be happy to push the ball up the floor. Pepperdine’s three-point defense will regress and UNLV isn’t playing very good defense at all.

This looks like an over bet at the Thomas & Mack Center to me.