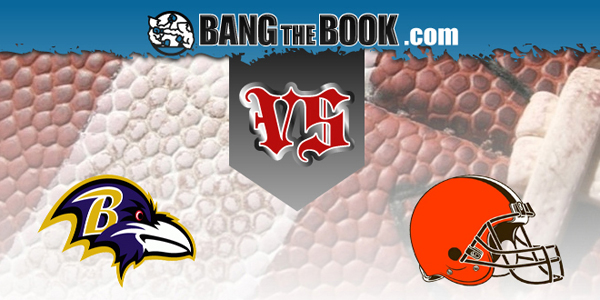 As some BetOnline patrons probably know, the Cleveland Browns have encountered a few speed bumps on the way to becoming a contender in the AFC. But here they are.

There are some things to prove, however. And one of them is that they can beat higher-echelon teams, and those in their own division. The Baltimore Ravens fit that description, and so the task at hand is difficult as they line up for the Monday Night Football showcase at 8:15 PM ET at their ball-yard (FirstEnergy Stadium).

Everyone is aware that the Browns have gone through about a million coaches since they got their franchise back. The latest, Kevin Stefanski, is having some success early. Under the former Minnesota offensive coordinator, Cleveland is 9-3 (5-7 against the spread), and unless they collapse, they could well be headed to the playoffs.

And it may even be better than that.

With a loss by Pittsburgh on Sunday night, Cleveland can close to within one game of the Steelers in the AFC North if they win. And they play the Steelers in the season finale, following back-to-back games in the Meadowlands against the Giants and Jets.

Like the Steelers, however, there are people who question whether Cleveland is anywhere near as good as their record. You may remember Bill Parcells in his famous words – “You are what your record says you are.”

Well, not if you’re talking about the game within the game – the game of handicapping.

This season, the Browns have been outscored by 15 points – and according to the Elias Sports Bureau, that’s the only time in NFL history where a team that had won nine of 12 games was at that kind of deficit.

In the Monday Night NFL betting odds posted on the game at BetOnline, the Browns are actually the home underdog:

You’d like to think that with a team closing the gap on the division lead on a #2 seed, there would be some value in the points at home. But in the metric of “Expected Wins,” which is derived from that point differential, they are at 5.7. That’s for a nine-win team. So that definitely creates the impression that things aren’t as good as they look.

In fact, Cleveland has been smacked around by a few good teams – the Steelers (38-7) as well as the Ravens in the first meeting on opening day (38-6). And they were beaten 16-6 at home by the Las Vegas Raiders. That’s why it was important to see them post a win last week against the Tennessee Titans.

Baltimore (7-5 SU, 6-5-1 ATS) put forth a commendable effort in a Wednesday game against Pittsburgh, where they had to start Robert Griffin II at quarterback and had almost twenty players out with COVID-19 concerns. Then they did what they had to do against Dallas, and then some, with a whopping 294 yards on the ground. They are much closer to full strength now, although Pro Bowl tackle Ronnie Stanley is out of action.

Cleveland’s Odell Beckham is out for the year with an ACL tear, but we wonder whether he had much of a rapport with Baker Mayfield. The Browns will miss Austin Hooper, the only tight end who produced anything, who is out with a neck injury. And a calf ailment has sidelined All-Pro cornerback Denzel Ward, which is never a good thing.

Mayfield seems to be coming on; he hasn’t thrown an interception in his last five games. And over his last six, he has averaged 8.6 yards per attempt.

He went wild with four TD passes in the first half last week, when the Browns beat a very credible opponent in the Titans. They led 38-7 at the half and kind of coasted home.

Cleveland, though, is 0-4 ATS in division play, so this will require a 60-minute effort.

Ground and pound should be a big part of the game plan; the Ravens run the ball at a rate that is the highest in the NFL, and Cleveland is third.

Lamar Jsckson had a huge TD run against Dallas, and that is one area where the Browns have to hold him in relative check. Opponents have, by and large, been doing a better job in preventing him from going nuts with the ball. The wide receiver group is the least productive in the NFL. And hey – the Ravens are just 24th in yards gained per drive, so this has not been a juggernaut.

For my money, I would rather have the Browns’ duo of Kareem Hunt and Nick Chubb (6 ypc!) in the backfield (over Mark Ingram and JK Dobbins). They’ve combined for 1538 yards. And whether you believe it or not, Cleveland is the more dangerous team when it comes to these explosive running plays. According to the metrics gathered by Football Outsiders, they are second best in the NFL in “Open Field Yards” and #1 in “Second Level Yards.” Translated, you don’t want Chubb and Hunt getting too far beyond the line of scrimmage, because it could be off to the races.

So despite the “Expected Wins” figure not being their friend, we’ll put some funds behind an expected cover for the Cleveland Browns in this Monday Night encounter.

Enjoy Monday Night Football at BetOnline, with a load of props to enjoy……. And don’t forget that with Odds Booster, you’ll get terrific payouts on pre-selected parlays every day. Just call it “parlays on steroids.” ……. And they accept every payment method imaginable, including Bitcoin. So have a great time!