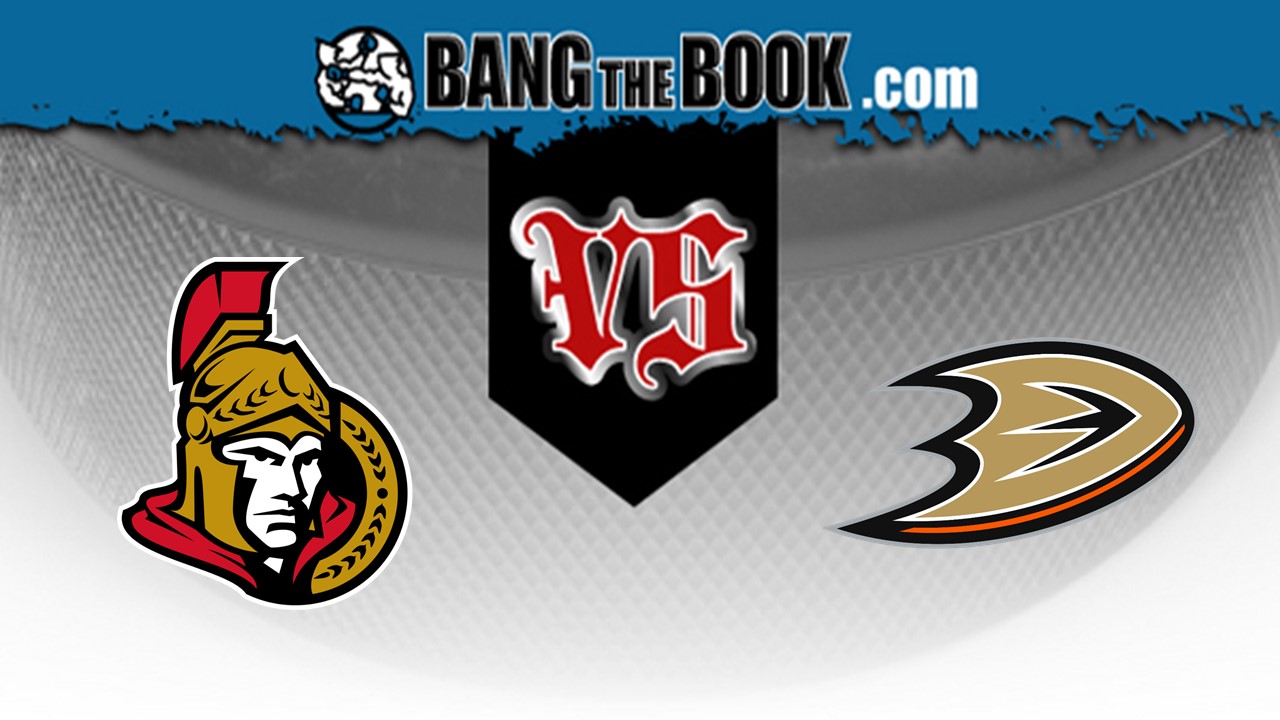 Two of the most heavily-penalized clubs in the league, the Ottawa Senators and the Anaheim Ducks collide at the Honda Center. This cross-continent matchup will get underway at 10 p.m. ET on Tuesday, March 10 and it will air live on Prime Ticket.

Anaheim is 28-41 straight up (SU) and has punished moneyline bettors to the tune of -9.2 units so far. That early-season winning percentage hasn’t moved much from what the team managed during the 2018-19 season (35-47). Through 69 regular season contests, 37 of the team’s games have gone over the total, while 31 have gone under and just one has pushed. The team is 15-19 SU at home this year.

The Ducks have converted on just 13.7 percent of their power play chances this year, a mark that’s ranked 32nd overall in the NHL. On the other hand, their penalty kill is ranked 29th overall, and they’ve successfully killed off 76.2 percent of all penalties.

Averaging 27.5 saves per game with a .904 save percentage, John Gibson (20 wins, 31 losses, and five OT losses) has been the top goalkeeper for Anaheim this year. If Anaheim decides to give him a breather, however, the team may turn to Ryan Miller (9-13-13 record, .904 save percentage, 3.16 goals against average).

Ryan Getzlaf and Rickard Rakell will each spearhead the attack for the Ducks. Getzlaf (42 points) has tallied 13 goals and 29 assists and has recorded multiple points on eight different occasions this year. Rakell has 14 goals and 26 assists to his credit and has recorded a point in 29 contests.

On the visiting bench, Ottawa is 25-44 straight up (SU) and has lost 11.6 units for bettors taking the moneyline this year. A total of 37 of its outings have gone over the total, while 31 have gone under the total and just one has pushed. As the visiting team, the Senators are 7-25 SU.

The Senators have converted on just 14.8 percent of their power play opportunities this season, a figure that’s ranked 30th in the NHL. On the other hand, its penalty kill unit is ranked 26th overall and it’s successfully killed off 77.0 percent of all penalties.

Craig Anderson (26.7 saves per game) has been the primary option in goal for Ottawa. Anderson has 11 wins, 22 losses, and two OT losses to his credit, while registering a .901 save percentage and 3.26 goals against average this year.

For the visiting Senators, much of the offense will be facilitated by Connor Brown (16 goals, 26 assists) and Brady Tkachuk (20 goals, 21 assists).

Power-play opportunities could prove to be even more critical than usual in tonight’s matchup. The Senators are 8-17 in games where they serve fewer penalty minutes than their opponent and 16-21 when they’re in the penalty box for fewer than 10 minutes, in total. The Ducks are 7-16 when the team serves fewer penalty minutes than the opposition and 14-23 in games where they’re in the box for less than 10 minutes.

Ottawa is 1-5 in games decided by a shootout this season while Anaheim is 5-1 in shootouts.

The game went over the total in three of the past five matchups for each of these teams.

Anaheim skaters have averaged 10.4 giveaways over its last five home games, right in line with its season average of 10.2 giveaways per game (ranked 18th in the league).

This game features a couple of the tougher teams in the league. Ottawa skaters have accounted for the league’s third-most hits per game (27.9) and the Ducks have registered the 10th-most (22.5).