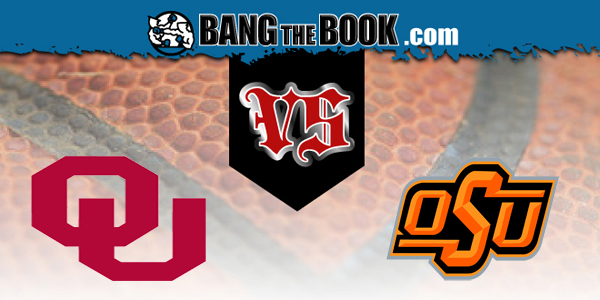 Utah State gave us a Sunday winner, so it was another week on the plus side with the spotlight game previews. The Month of Madness is here, which means conference tournaments and the NCAA Tournament. There should be a lot of great betting opportunities to finish out the regular season as well.

We begin the month by taking a look at the spotlight game of the night across the board with a rematch between Oklahoma and Oklahoma State. Oklahoma State is +1 at Bovada Sportsbook with a total of 141.5. These two teams just played an instant classic over the weekend with Oklahoma State winning 94-90 in overtime in Norman. Now the two meet in Stillwater with a ESPN broadcast crew on the call and a 9 p.m. ET tip-off.

Oklahoma was -6 for Saturday’s game that went to extra time and saw 34 points in the overtime period. It was a 75-75 game at the end, so it was over the total in regulation and then the teams exploded for one of the higher-scoring OTs you will see. Neither team really lit it up offensively, though. Oklahoma State had 1.12 points per possession to 1.072 for Oklahoma, but the game was played to 84 possessions.

It was a back-and-forth game to say the least, as there were lead changes late in regulation and throughout overtime. It was Oklahoma’s second 2OT game in as many weeks, as they beat West Virginia in double overtime on February 13. Oklahoma once again has a solid team for Lon Kruger. The Sooners take terrific care of the basketball and have done a good job limiting scoring opportunities on two-point shots for opponents.

Oklahoma’s 15.3% TO% is the best mark in conference action, but the Sooners take the third-highest rate of threes and are only shooting 31.7% on those attempts. They are third in 2P% at 50.9%. I wouldn’t put too much stock in Oklahoma for the NCAA Tournament, but our focus is on this specific game tonight.

Oklahoma State heads into this game having played back-to-back overtime affairs. The Cowboys also went extra time with Texas Tech a week ago. They’ve won four in a row and also had a 2OT win over Texas back on February 6, so it has been a good month for Mike Boynton’s team.

Oklahoma State does turn the ball over a fair amount with a 21.2% TO%. That would seem to be the one clear advantage for Oklahoma in this game. The Cowboys did have 20 turnovers to Oklahoma’s 15 in the meeting on Saturday, but Oklahoma State also outscored the Sooners by nine at the free throw line to offset some of the cost. They also had 13 offensive rebounds to just seven for Oklahoma.

Oklahoma State is in the top 30 in eFG% defense at 46.4%. They are second in league action at 46.5% and are also third in eFG% offense at 50.7%. This is a sneaky good team that has had some consistency issues, but has a bona fide star in freshman Cade Cunningham. The problem is that if Cunningham has an off night, the Cowboys don’t really have another player that can take over the game. Kalib Boone is the next best option, but the 6-foot-9 sophomore has also had his ups and downs.

The Cowboys are first in 3P% defense at 31.6% in league action and are second at 46% in 2P%. Defense travels and the Cowboys are 8-4 in close games, which are games decided by six or fewer points, so they look to be a pretty dangerous team now that Madness Month is here.

I also like Oklahoma State with the better defense if the game is played to their tempo, even with the turnover concerns.