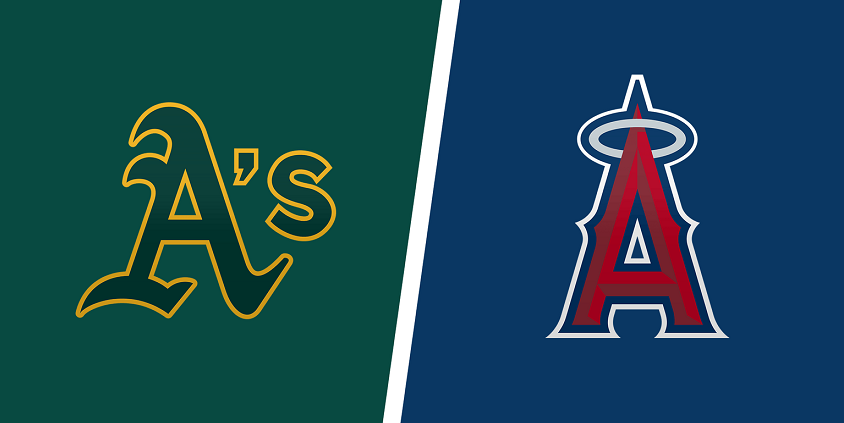 Night games are in short supply on Thursday, but we’ve got a good one in Anaheim between the Oakland A’s and the Los Angeles Angels. The pitching matchup looked a lot better heading looking ahead, but the Angels will turn to Dylan Bundy for this one because Alex Cobb is dealing with a blister. The A’s will still roll with Frankie Montas.

There was no line early this morning on the game with the pitcher swap for the Angels. We’ll see the A’s as a road favorite in this one with Bundy on the bump and sportsbooks should be pricing in the -130 range with a total up around 9.5. With a limited number of night games and some big favorites, it was best to write about this matchup.

The A’s won’t have Starling Marte in the lineup in all likelihood for tonight’s game, as it takes a bit of time to get from Miami to Oakland and have all of the logistics squared away. When Marte does land in the lineup, the A’s will have a nice upgrade with a terrific defensive outfielder and a guy having a career year at the dish with a .353 wOBA and a 140 wRC+. Marte also has 22 steals in just 64 games, so he’ll add another dimension to the offense in that way.

Oakland once again has a solid defensive ballclub, so Marte will fit right in. The Oakland offense ranks 15th in wOBA, so right in the middle of the pack, but when you factor in the park adjustments, this is a team that grades 2% better than league average by wRC+. The A’s are a little stronger on the road than at home and they’ll be playing at The Big A tonight, which has averaged over 10.6 runs per game this season.

It will be up to Frankie Montas to keep a potent Angels offense at bay. Montas has a 4.34 ERA with a 3.77 FIP in his 112 innings of work. He’s struck out 25.3% of opposing batters and walked just 6.2%, which is why his FIP is so favorable. Montas’s LOB% is a little on the low end at 70.9% and his BABIP of .314 has also been a contributing factor to the heightened ERA.

Montas has allowed a ton of hard contact this season and he has very much earned that high BABIP. He has a 45.2% Hard Hit%, meaning that over 45% of his batted balls have been hit at least 95 mph. He also has allowed 32 Barrels this season, nearly as many as he has allowed in the last three seasons combined.

The Angels offense is quite good, even though Mike Trout has been out seemingly forever and Anthony Rendon hasn’t been healthy for most of the season. Imagine where this offense would be with normal seasons from those two guys. There is nothing normal about Shohei Ohtani, who cranked his league-leading 36th home run last night in the win over the Rockies. Ohtani and guys like Jared Walsh have really carried this offense in the absence of Trout and Rendon. Walsh was recently placed on the IL.

The Angels are eighth in wOBA at .325. They don’t walk much, otherwise they would rate higher. This is a team that has given back a lot of its offensive gains by playing atrocious defense, though. The Angels are the worst defensive team in the league according to the all-encompassing Def metric at FanGraphs. That is why they rank 11th in runs and are still effectively a .500 team.

Dylan Bundy has not made a start since June. The Angels yanked him from the rotation after he threw up all over the Yankee Stadium mound on June 28. Literally. Bundy has made four relief appearances since June 28, so he has not pitched much and is unlikely to work deep into the game here. That means a steady diet of the Angels bullpen, which is probably an upgrade to Bundy, who has a 6.69 ERA with a 5.53 FIP in his 70 innings this season.

The Angels bullpen has posted a 4.85 ERA and a 4.55 FIP on the season. A high walk rate and a below average strikeout rate have been two root causes for concern. The Angels bullpen is a bit tired. Closer Raisel Iglesias blew the save last night, working for the fourth time in six days. Steve Cishek has also worked 4-in-6. Tony Watson threw 21 pitches yesterday. Austin Warren, recently recalled from Triple-A, will likely serve as the long man for the Angels tonight.

While there was not a line at time of writing, everything in this game points to Oakland. The Bundy & Bullpen Variety Hour is not a good thing for the Angels. Frankie Montas is having a solid season and the A’s lineup lost another key cog with Walsh going down with a strained intercostal. The Angels should be sellers and that mindset may leak over into today’s game.