Uriah Hall and Sean Strickland may not carry the weight as Derrick Lewis and Ciryl Gane, literally and figuratively, but this week’s UFC on ESPN 28 card has the chance to be a good lead-in to the next big pay-per-view card coming up on August 7.

Before we get to that point, we have this week’s UFC Vegas 33 card at the Apex. There are 13 fights scheduled for this card with that Hall vs. Strickland main event. Coming off of an outstanding card with a great main event and some questionable judging, we’ll have to see what the July 31 card has in store for us.

To do that, we’ll use the odds from BetOnline Sportsbook to break down the 13 matches on the card this weekend and spend a little extra time on the main card fights.

Sign up now at BetOnline Sportsbook and claim your exclusive deposit bonus.

Phil Rowe lost his first fight under contract to Gabe Green back in February. He was a Dana White Contender Series winner over Leon Shahbazyan in August 2019, but it took a while for his first fight. That came at UFC 258. He’s now the opener of this card against Orion Cosce, who has been waiting for his first contract fight after beating Matt Dixon on DWCS this past August.

Cosce’s win pushed his record out to 7-0. He’s giving up a lot of size here, but seems to be the better striker. Rowe has fought at higher levels and has a better ground game. It’s a tough fight to call.

Trevin Jones slots in as a late replacement for John Castaneda in this one. Jones is technically 2-0 in UFC, but his win over Timur Valiev was eradicated because of a positive pot test. Jones faces Ronnie Lawrence here, as Lawrence looks to improve to 8-1 in his career. His lone loss came in Bellator back in 2016 and he was away from MMA for a while after that.

Lawrence returned in February 2019 and just scored his first UFC contract win back in February. Jones got his first official one the first week of March. This fight would seem to be a closer call than the line indicates, as Jones has gotten better with age.

The judges made a lot of questionable decisions last week, but they may be called upon here with heavy over juice in the fight between Jinh Yu Frey and Ashley Yoder. Frey, a former champ in Invicta, is just 1-2 in her three UFC fights. Yoder has lost three of her last four, but at least they’ve all been against UFC competition.

With a decision likely in the smaller Octagon, Yoder’s big size edge might be the difference here. Neither fighter has fared well lately, so that seems like about all we can go on for this one.

Danny Chavez is 1-1 in his two UFC fights to this point, as he topped TJ Brown and lost to Jared Gordon. Kai Kamaka III is 1-2, with losses in each of his last two fights, including one to Brown as a common opponent. The two losses for Kamaka come on the heels of a six-fight winning streak that included stops in Bellator and LFA.

Chaves had won four in a row. Neither guy fought great competition on the way up the ranks and this fight does seem as even as the line suggests. Neither guy has a lot of paths to victory either. This is a tough fight to find an edge.

This is a big fight for 35-year-old Chris Gruetzemacher. He is just 1-3 in his last four UFC fights, including a loss in October to Alexander Hernandez. It was his first fight since April 2018. Maybe he’ll be in a better spot with a shorter turnaround here against Rafa Garcia, but the heavy line suggests that he won’t be.

The 26-year-old Garcia was one of several recent Combate Americas fighters to head to the UFC. He lost his debut fight to Nasrat Haqparast by unanimous decision in March, but it came with a 13-month layoff. He should be in better shape here, making him a solid money line parlay piece.

Collin Anglin was impressive enough in his Dana White Contender Series win back on September 15 to get a crack here against Melsik Baghdasaryan, a 29-year-old Armenian who fought a couple weeks prior in his own Contender Series match. That win was the first for Baghdasaryan to not come via knockout, as he needed to full 15 minutes with Dennis Buzukja.

This is a very interesting fight because we have two 5-foot-9 knockout artists in the smaller UFC Octagon at the Apex. The under 2.5 at plus money is screaming for a bet here, given that both guys had finished their previous four fights by KO/TKO because tightening up a bit on the Contender Series. With contracts in hand, we should see some more aggressiveness.

Wu Yanan came to the UFC with quite a pedigree and a lot of promise. She also had a record of 10-2. She has lost three of her four UFC fights and was badly outclassed by Joselyne Edwards last time out. She’ll try her luck with Nicco Montano here. Montano has not been able to stay healthy. The TUF 26 winner has only fought once since that December 1, 2017 match. It was a loss to Julianna Pena.

This is a big price to put on Montano, who has been suspended for a banned substance, hospitalized after a weight cut, injured, and has had travel issues. It has been a litany of things for Montano. As much as Yanan has struggled, how could you lay the -240 here with the odyssey that has been Montano’s UFC career?

Jason Witt will try to climb to even in his UFC career with the opener on the main card against Bryan Barberena. Witt is 1-2 after losses to Takashi Sato and Marcus Semelsberger. His lone win came back on Halloween over Cole Williams. The 34-year-old Witt is on the last fight of his contract and his two losses have been by knockout in 66 combined seconds.

He’ll need to show something here as a big underdog to Barberena. Barberena has not faired well recently either, as he is just 2-3 in his last five fights and beat a nobody in late replacement Anthony Ivy last time out. It took him the full three minutes to do it as well. Neither one of these guys seems to be worthy of your money, but Barberena is the pick.

Zarrukh Adashev is 0-2 in UFC after losses to Tyson Nam and Su Mudaerji. The 28-year-old native of Uzbekistan takes on Ryan Benoit here in search of his first UFC victory. The line is pretty close, as Benoit was originally supposed to fight Adashev back at UFC 262, but Benoit had major issues with the weight cut and was taken off the card.

He even came in three pounds overweight for that fight. Benoit had lost two in a row and three of four prior to that bout getting canceled. Now he hasn’t fought in over a year. The health and state of Benoit seems to be a major question with a similar weight cut here. Adashev hasn’t been great in the UFC, but he has to be the pick here.

A late switcheroo gave us this fight, as Mounir Lazzez could not secure a visa to fight Niklas Stolze. It will be Jared Gooden that takes the fight on short notice and serves as the favorite. Stolze lost his UFC debut to Ramazan Emeev just over a year ago. Gooden comes in having lost both of his UFC fights. This seems like a pretty optimistic line for a guy that has not fought good competition throughout his career.

Gooden has lost to Alan Jouban and Abubakar Nurmagomedov. Stolze isn’t exactly experienced at the top levels either. There is no major size advantage. There is only one combined stoppage loss between the two. It is hard to see an edge in this fight, other than to say that Stolze was at least preparing for one.

These two 26-year-olds have a big opportunity here. Buys, who at least had a stop in LFA, seems to have fought better competition on her way up. Neither fighter was aggressive in those recent losses. As crazy as this line is, it looks like the over 2.5 at -350 is the play here. Parlay it with Rafa Garcia on the undercard to cut down the vig a bit.

We haven’t seen Kang since December 21, 2019 when he beat Liu Pingyuan for his second straight split-decision triumph. Yahya has fought twice since with a win and a draw. For all of the submission wins that these two have accumulated, they’ve each only lost by submission once. That has to bring the over 2.5 into play.

The resurgence of Uriah Hall may come to an end here against Sean Strickland. At least that’s what the odds say. Hall has won four in a row, though his most recent fight will be remembered more for the devastating knee injury suffered by Chris Weidman. We don’t know what would have happened the rest of the way, but Hall had won his three previous fights as well.

Sean Strickland, who checks in at 23-3 here, rides his own four-fight winning streak into this bout. The 30-year-old Strickland has a few years on the 36-year-old Hall, who is coming back in four months from that Weidman fight. He can do that because of the circumstances, but this is the first time since 2018 that Hall has fought twice in a year.

Strickland went the full 15 with Krzysztof Jotko on May 1 and won that fight by unanimous decision. This is his fight to lose, especially with the championship rounds in play. 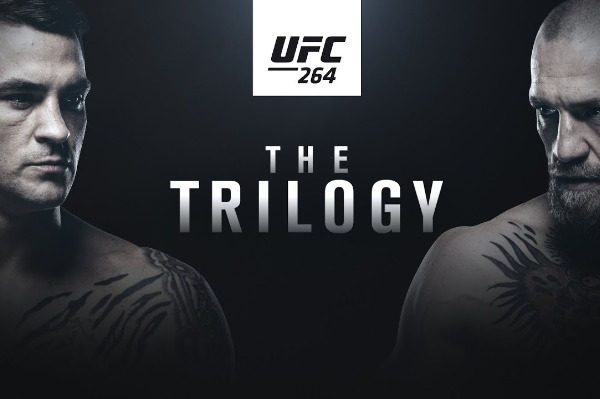