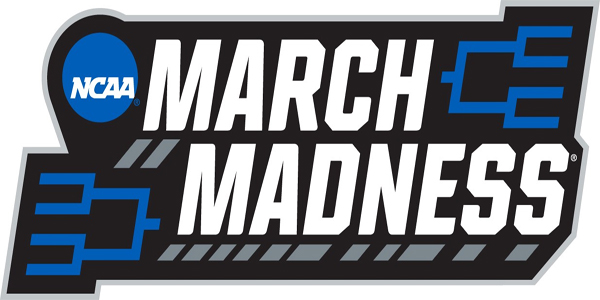 The Viejas Arena in San Diego, California, will host the Men’s Basketball Championship – West Region – 2nd Round game, and here you can read the best Notre Dame Fighting Irish vs. Texas Tech Red Raiders betting pick and odds. The game will tip-off at 7:10 PM ET on Sunday, March 20.

According to Bovada Sportsbook, the Red Raiders are strong 7.5-point favorites with the total being set at 132.5 points. The winner of this duel will face Michigan State or Duke in Sweet 16.

Notre Dame comfortably beat Alabama in the First Round

Following a super-exciting First Four double-overtime win over the Rutgers Scarlet Knights, the Notre Dame Fighting Irish (No. 47 seed overall) had an easier job against the Alabama Crimson Tide. The Irish secured a 78-64 win thanks to an excellent shooting from the field (53.7%) and fantastic from the perimeter (62.5%), while they kept Alabama to 33.3% from downtown. Notre Dame covered a +4.5 spread with ease, the sixth time in eight games they covered to improve to a 19-15 ATS record.

The Fighting Irish have the 127th defense in basketball that allows 67.3 ppg, while their offense averages 73.1 ppg (120th). Notre Dame is 77th in the country in defensive efficiency with 97.8 points per 100 possessions, while the Irish are 27th in offensive efficiency with 112.7 points per 100 possessions. Notre Dame is No. 53 in the NCAA NET Rankings and No. 40 in the KenPom rankings.

Texas Tech had no trouble with Montana State in the opener

The Texas Tech Red Raiders (No. 12 seed overall) dismantled the Montana State Bobcats 97-62 in the First Round of the NCAA Tournament. It was evident that the Red Raiders are going to secure a massive win already in the first half, which they won by 27 points. Texas Tech was unstoppable from the floor (66.7%) and shot even 60.0% from beyond the arc. They were also better in every other segment of the game. The Red Raiders easily covered a -15 spread, the second time in seven games they managed to cover to improve to a 22-13 ATS record.

The entire starting five scored in double figures in this win. Junior guard Terrence Shannon Jr. led the bunch with 20 points, six assists, and two blocks, while Bryson Williams was shoulder to shoulder with him with 20 points.

The Red Raiders have the 11th defense in basketball that allows 60.4 ppg, while their offense averages 72.4 ppg (143rd). Texas Tech is 1st in the country in defensive efficiency with 84.8 points per 100 possessions, while the Red Raiders are 45th in offensive efficiency with 110.8 points per 100 possessions. Texas Tech is No. 9 in the NCAA NET Rankings and No. 6 in the KenPom rankings.

They called them Fighting Irish for a reason, and there is no way Notre Dame is going to wave the white flag without a fight. Texas Tech is a stronger team and will likely reach the Sweet 16, but I don’t think the Red Raiders will make it there smoothly.

The Red Raiders haven’t been particularly good when it comes to covering the spread of late, unlike the Irish, while Texas Tech is not playing well against the ACC rivals. That said, Notre Dame will certainly get a chance to cover here, and perhaps make another upset after defeating Alabama.

The Red Raiders do have a premier defense that is close to the best ten in the country, but Notre Dame’s games have been quite efficient in terms of points lately, so I expect to see a high-scoring affair on Sunday.

The total has gone Over in eight of Notre Dame’s last ten games, while the total went Over in four of the Fighting Irish’s previous five games against an opponent in the Big 12 conference opponents.