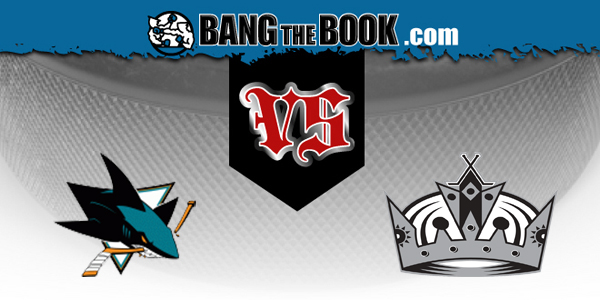 Everybody knew this was going to be a rather bizarre NHL season, if for no other reason than that the whole format is different as the league tries to minimize travel. But there is one team that hasn’t done anything BUT travel this season. That’s the San Jose Sharks, who have yet to play a home game. On Tuesday night their road trip continues, as they go to the Staples Center to take on the Los Angeles Kings in a game that begins at 10 p.m. Eastern Time.

At BetAnySports, you’ll get a lot of great betting options in the NHL, including reduced juice, which gives you a better deal on the odds. And do not forget that once the puck is dropped, you can continue to make wagers in real time using what is available through Sports Betting Prime.

It has to be tough on this San Jose crew, as restrictions on contact sports activities in Santa Clara County required them to train in a remote location. They went to Scottsdale,AZ, and only recently have they been allowed to return home for workouts. And Bob Boughner thinks that was very therapeutic for them. They will ultimately be able to play at home, but now they have to stick around in the LA area after splitting a pair of games with the Anaheim Ducks.

One thing you really have to admire about this club is the fact that it has won four games on the road under these circumstances. However, they would certainly like it if they could generate some more offense on the power play, where they have converted only once in their last 27 opportunities. They are absolutely leaving goals on the table.

But the Kings may help them a little, as they often get stuck in their own end, and don’t get off to auspicious starts. Well, not always; their first two shots on goal in Sunday’s game against the Vegas Golden Knights went into the net. Nonetheless, they lost a 4-3 decision, bringing their record to three wins and eight losses.

in the NHL betting odds that have been posted on this game by the folks at BetAnySports, the Sharks are the slight favorite as the routine:

The Kings have gotten behind the eight-ball, to a certain extent, as they have lost a couple of defensemen – Matt Roy and Sean Walker – to injuries. They do like the young talent they have at the position, but they need time to develop.

This has been an opportunity to put a number of rookies to work, including Mikey Anderson, Tobias Bjornfot, and Kale Clague. but of course, when you have a backline that is dominated by rookies, you’re going to have mistakes. You are also going to have a lot of pressure on your goaltenders.

Indeed, Los Angeles has allowed four or more goals in six of its 11 contests. For Cal Petersen, there has been a lot of praise, as he has been able to hold up pretty well between the pipes. Not so much with his colleague, 13-year veteran Jonathan Quick, who has a less-than-impressive 4.05 goals-against and .867 save percentage.

It should be mentioned that they’ve been aided by a pretty good penalty-killing unit, which is currently ranked fourth best in the NHL. So given the woes the Sharks have experienced recently with the man advantage, it doesn’t appear their luck will change in that regard on Tuesday night.

You would have to excuse the San Jose defensemen, as they are a little exhausted. Both of those games in Anaheim went through overtime and resulted in shootouts, and over the past four games, the Sharks have allowed 150 shots on goal. So we can’t necessarily consider them the most reliable option.

We have also considered the “over” here, and we might make that a small recommendation, but we’re not sure Los Angeles can hold up its end, having scored just 31 goals in eleven games (that’s less than three per contest).

One statistic that really sticks out to us is that the Kings have been outscored by a whopping 17- 6 in the very first period. At least Devan Dubnyk, who will be in goal for San Jose, has really stood out lately, with a .934 save percentage in his last four games. With Quick, as we mentioned, it’s kind of shaky. So perhaps concentrating on the first period prop is the most judicious way to go here. And it gives us value, as San Jose is priced at – 115 to win it.

BetAnySports has some sensational NHL possibilities for you, including props on every game, reduced juice, and Sports Betting Prime, which allows you to stay very much in the action even after the opening faceoff…… Remember that you can make your deposits in a number of different ways, including your debit card, credit card, person-to-person transfers or the virtual currency of Bitcoin, which is fast and easy with their automated system, and never incurs a transaction fee!