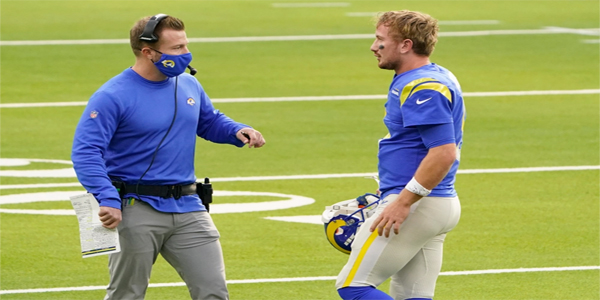 As this game approaches, the biggest question on everyone’s mind is whether Jared Goff, who has had surgery for a broken right thumb, will be making the start.

And it appears Rams coach Sean McVay wants to play it coy, making the media, and the Seahawks, guess as to whether he’ll sit his starter and insert John Wolford instead.

Wolford was a respectable 22-of-38 last week against Arizona, with 231 yards through the air and 56 on the ground. So he’d present more of a run threat than Goff. And now he does indeed have a pressure start under his belt. But let’s be honest – if Arizona hadn’t lost Kyler Murray very early in that game, we might be talking about a different first-round playoff matchup here.

Do you want my opinion, for what it’s worth? I highly doubt that McVay is going to move into this game without Goff as the quarterback, and he will have Wolford in reserve as need be. At the same time, I’m surprised Blake Bortles’ name hasn’t been mentioned more, since he knows this system and has at least been on the winning side of a playoff game before (with the Jaguars, of course).

But to extend that opinion, if the thumb injury was bad enough that Goff, after surgery, had to sit out in a game his team had to win, then it’s got to be stretching it to believe that he is going to be ready to air it out the way he’s used to.

Either way, the Rams will be facing a rejuvenated Seattle defense. Consider that in the early weeks of the season, we were talking about the Seahawks as if they were going to set all kinds of records as far as yardage and points allowed. And only the fact that they were scoring a ton of points themselves kept them winning.

In the first six games, they had allowed 479 yards per game.That’s the kind of figure you could easily see from a winless team. And they had surrendered a little over 30 points a game over the first half of the regular season schedule.

HOWEVER, in the last six games, they have given up just 290 yards a contest and 16 points a game in this last eight-game stretch. That is transformation, at the very least. We can credit people like safety Jamal Adams (questionable here with a shoulder, but he isn’t sitting out) and Carlos Dunlap (key pickup from Cincinnati), but it is obviously more than that. They’re doing something different, and it shows.

Seattle has played seven of its last eight games under the total, and defense is naturally one reason. Sure, they have been running the ball a tad more, now that Chris Carson is healthy. But they have tailed off on offense, despite the presence of 1000-yard receivers DK Metcalf and Tyler Lockett. The Seahawks scored more than 30 points in seven of their first eight games, but have topped 28 points in only ONE of their last eight.

The Rams won’t be all that accommodating. They had, by a considerable number of barometers, the top defense in the NFL, ranked #1 in the league when it came to yards AND points allowed per drive, which is not a bad measuring stick. They were also known to put some pressure on the quarterback, with the NFL’s second-best “sack percentage.”

And they didn’t seem all that fazed about going up against Russell Wilson this season. Sure, Wilson had 40 TD passes and 69% completions. But in two games against the Rams, he was held to one touchdown pass and was sacked eleven times.

The last three meetings between these two have resulted in totals of 29, 39 and 40 points. Regardless of whether it’s the inexperienced Wolford or a compromised Goff in for the Rams, we think the most judicious way to go is to move with an UNDER here, in spite of the low threshold.