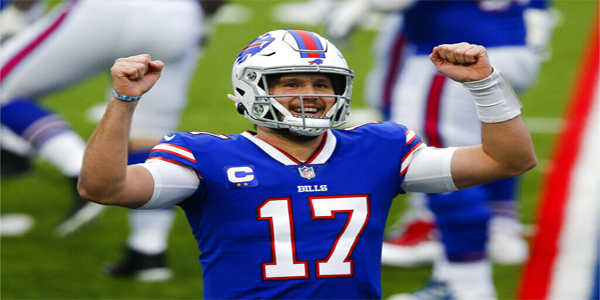 Coming into this game, Buffalo is the “hot” side, with nine wins in the last ten games and eight consecutive covering efforts.

The greater strength with the Colts as far as their defense is concerned lies in their ability to slow down opposition ground attacks. They have, in fact, allowed just 90.5 yards a game and a nifty 3.7 yards a carry.

And that is all well and good, except for the fact that Buffalo, which used to have a very ground-centric offense (well, at least when Rex Ryan and Anthony Lynn were over there), is now throwing the ball extensively, if not necessarily exclusively.

The Bills have, in fact, gone to the air on 60.2% of their plays, which does not indicate overload, but definitely a less conservative approach than Sean McDermott had been used to taking.

And why not? Josh Allen, who’s been taking lessons from passing guru Jordan Palmer (yes, brother of Carson) and simply learned a lot while taking his lumps over two seasons in the league, blossomed in 2020, with 4544 yards and 39 touchdown passes. And what is extraordinary is that while he covers a lot of ground (throwing 8.5 yards on average beyond the line of scrimmage), he also has a 69% completion rate, which compares favorably with that of counterpart Philip Rivers (26th among NFL QBs in ‘Intended Air Yards’).

And with the addition of Stefon Diggs (listed as questionable, but should play), he’s got a receiver that was arguably the most productive in the NFL (127 catches, 1532 yards). Then add the likes of Cole Beasley, the short-range guy (967 yards) and speed demon John Brown, and you have an offense that might be as threatening as any, with only a couple of exceptions.

Indianapolis is not one of those exceptions. Rivers does not have receivers who get down the field and stretch a defense like the Bills do. TY Hilton used to be one of those guys, but not any more. What the Colts have to do is kill the clock. And that means heavy doses of rookie Jonathan Taylor, who appears to be peaking right now (253 yards last week). But we doubt that the Colts are going to win simply by running the ball, even though Buffalo has allowed 4.6 yards per attempt. The Bills could stack up against the run, and even though it is a small sampling, the results show that when Rivers has to throw the ball 40 or more times, Indy loses (three out of four, in fact).

And now let’s talk about the Colts’ perceived edge on the defensive end for a second. We could see that fundamentally this team was very sound. But we also knew that the schedule was going to get more challenging as the season progressed.

In the first nine games of the season, Indy gave up just 17.8 points per game. Over the last seven games, that average was 26.4, and that’s quite a jump.

And if you want to look at some advanced metrics, when it comes to yardage allowed on a per drive basis, the Colts and Bills are only one place apart in the NFL rankings. And for what it’s worth, it’s Buffalo that is ahead in that category.

Because of this slide on defense, the Colts played nine games over the total. And the Bills have just been an “over” team all year (10-4-2 to that side). That’s one way we’ll go.

But we also see the Colts having a problem trading here, even if Frank Reich is able to come up with an industrious game plan. So we would lay the points as well, as Allen shows he’s learned some lessons from last year’s collapse in the overtime playoff loss to Houston.