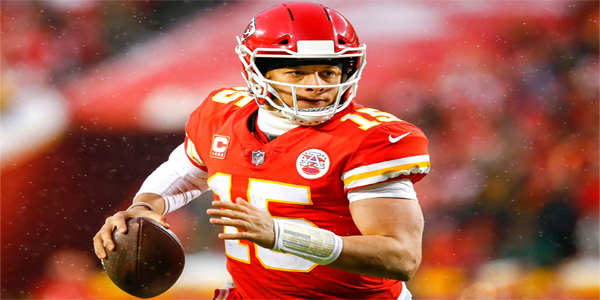 The New York Jets are a disaster area. Oh, we’re sorry – did you know that already? Well, as they prepare for their next predator, the rumors continue to swirl. It’s a near-impossible assignment for them this week, as they take on the defending champion Kansas City Chiefs, in a game that is set to begin at 1 PM ET at Arrowhead Stadium.

Are you joined up yet with BetAnySports? If you are, you will be able to enjoy reduced juice, not to mention real-time wagering through Sports Betting Prime.

For the Jets, it’s obviously been a frustrating season, especially for the defense, which actually hasn’t done such a bad job. Last week these guys prevented the Buffalo Bills from reaching the end zone, instead settling for six field goals. But as usual, the offense failed, and the guys in green came in on the short end of an 18-10 defeat.

It was actually the story of two halves of football. Adam Gase, who has been under an incredible amount of fire, decided to do something a little different, as he surrendered play-calling duties to Dowell Loggains, the offensive coordinator. In the first half they totaled 186 yards and scored all ten of their points.

In the second half they had a total of FOUR net yards.

The Jets are dead last in a number of offensive categories, including yards per drive, yards per game, and red zone efficiency (both in terms of points and touchdowns). They have converted 29.8% of their third down chances. All of this with a head coach who is supposed to be an offensive “guru” and a quarterback they spent a #3 overall draft pick on.

So it is safe to say that things aren’t working out.

And they are getting huge points from the Chiefs this week, as it is currently posted at BetAnySports:

You know, last season, when Sam Darnold was injured, the Jets found themselves a 21-point dog to New England in the season’s third week. They covered in that game, and now they have Darnold healthy. But we’re not sure what kind of difference that really makes.

They have already released Le’Veon Bell, who actually wound up with the Chiefs. And they traded defensive lineman Steve McLendon to Tampa Bay, and unbelievably, he played a game for the Jets while he knew his contract was property of the Bucs. How the NFL allowed that, we don’t know. Darnold is the subject of trade rumors, because we have a deadline coming up.

Bell will see a lot of activity here, and he’ll get it with a chip on his shoulder. He knows that Gase didn’t really want him around. And let’s face it – being with Andy Reid and Chiefs is a healthier situation for him.

We know all about what Patrick Mahomes and the Chiefs can do on offense. But defensively, under Steve Spagnuolo, they are top five in passing yards allowed, not to mention completion percentage, and they are #6 in yards per attempt. We don’t want to bombard you with stats, but simply illustrate that there are some things they do well on defense.

We know the Jets are going to fight on defense for Gregg Williams, who should probably be the head coach. And they are one of the NFL’s best at thwarting the run (only 3.51 adjusted line yards allowed per carry). But there’s nothing supporting it on the other side. Yes, this is a big number, and we’re not sure we want to play with it. But on totals, it usually takes two to tango, and we think this might be a solo effort on KC’s part. We’ll go UNDER.

BetAnySports makes NFL betting a lot more pleasurable. But that goes without saying ……. When you access reduced juice, you get a break on the odds, and then Sports Betting Prime allows you to place wagers as the game is in progress……. Open your account with a debit card, credit card, person-to-person transfer or the virtual currency of Bitcoin, which is fast and easy with their automated system and NEVER incurs a transaction fee!