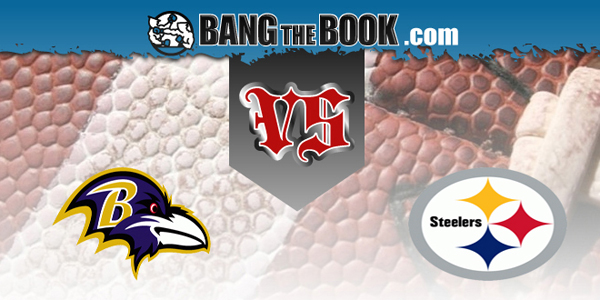 The folks at BetOnline are undaunted. Originally scheduling the Thanksgiving Score Predictor for the game between the Pittsburgh Steelers and Baltimore Ravens, they have continued to move that back as the game was rescheduled. So it is still in effect for this AFC North contest that is now set for Wednesday at 3:40 PM ET at Heinz Field on NBC.

The Ravens have been hit with a load of COVID-19 cases; they had 19 people on their reserve list because of it, last we looked. And so their hopes of gaining any ground in the AFC North race are diminished.

There were reports of the threat of a wildcat strike among Ravens players if the game was not moved back. And that would have touched off all kinds of conflicts between the NFL and the Players Association, because it is clear that the league is bound and determined to get this game in.

The Ravens, by our calculations, had 20 players on their COVID-19 reserve list by the time they boarded the flight to Pittsburgh on Tuesday for this Wednesday game that perhaps should not even be played. There are certainly absences on both sides of the ball, but the offense may be hit harder, because the reigning league MVP is not going to be part of the starting lineup.

Lamar Jackson has been declared out of this game, as has running back Mark Ingram, wideout Willie Snead and tight end Mark Andrews. There are absences on the offensive line as well.

Taking Jackson’s place is another Heisman winner, Robert Griffin III, who is certainly not unfamiliar with this kind of offensive scheme. So there will be some continuity along those lines, although you’ll see a notable firepower difference. More on that in a minute.

Pittsburgh does not necessarily look like a total wrecking crew, as you might expect out of an undefeated team. But they can operate with a high level of efficiency on offense. It is true that James Conner, the starting tailback (645 yards) is going to be a COVID-19 casualty. The ground game has admittedly not been Pittsburgh’s best friend; the Steelers topped 100 rushing yards in each of the first five games, but they have totaled only 340 over the last five.

However, Ben Roethlisberger (67%, 2534 yards, 24 TD’s, five INT’s) has done a great job of distributing the ball around. Just look at his receivers’ yardage totals:

The problem with quarterbacks who operate like Jackson are that at this level (the NFL), it catches up to you sooner or later. At some point, defensive coordinators wise up to what they are doing and if they can’t stop him, they can at least contain him, putting more stress on what he can do with his arm.

This has been reflected in a couple of ways. One is that the Ravens, who were second in the NFL in total offense last year, are now 26th in yards gained per drive. And that is quite a difference. And Jackson has been vocal in his remarks about what he called the “predictability” of the offense; that opponents somehow knew which plays were coming and were able to call them out from the other side of the line.

That’s totally believable; it is likely that offensive coordinator Greg Roman has built a simplified offensive scheme around Jackson in much the same way that the Redskins did it for Griffin in his rookie season of 2012. So we are mentioning this for obvious reasons.

What the offensive staff in Washington – which included the likes of current NFL head coaches Sean McVay, Matt LaFleur and Kyle Shanahan – found was that Griffin did not know how to read defenses, so they had to create something very simple to hide his weaknesses and emphasize what he could actually do.

My expectation is that this isn’t so much different than Jackson has gone through. What is different about the situation now is that while Griffin has never stood out as a dropback passer – he just doesn’t have an accurate enough arm – he has never been able to approach what he could in the running game since he blew out his knee at the end of his rookie season.

So what you have here is a guy who, years ago, was a lot like Jackson, but now slower and less elusive, and has considerably less weaponry around him. And, we might add, no time to really prepare, since the Ravens’ only practice in a ten-day period was shut down by the NFL because of virus concerns. Pittsburgh gave up 475 yards in the first meeting and benefited from four Baltimore turnovers. They’ll be charged up, and their pass rush will have some success. I’ve simply got to lay the points.

Again, don’t forget that you can get in on BetOnline‘s Thanksgiving Score Predictor by predicting the final score of this game. Up for grabs is $10,000 in prize money…… And remember that with Odds Booster, you can get greatly enhanced payouts on pre-selected parlays every day of the week!

25 Days of Poker in December at BetOnline