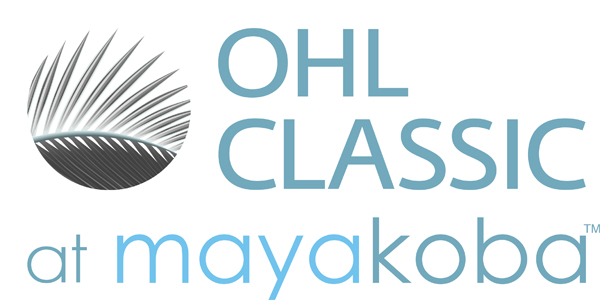 The calendar year will come to a close for the PGA Tour with this week’s OHL Classic at Mayakoba. With the last event until after the New Year, we have a far stronger field than anything we’ve ever seen at El Camaleon in Playa del Carmen. A lot of players will pull double duty this week with a vacation and a golf tournament and those are never a bad idea in the month of December.

Dustin Johnson decided to back out of the event, but we still have an outstanding group of players on this par 71 track south of the border. This will be a good weekend of golf with a lot of players motivated to head into the holidays with some extra cash and some more FedEx Cup points as we hope for more normalcy in 2021.

We’ll break this one down with odds from MyBookie Sportsbook, where you can get a 100% Deposit Match Bonus and a free NFL Futures Bet if you sign up through us at BangTheBook.

With a big field, we’ll save the odds for the bottom of the page, but we will use in-text odds for the players being discussed.

JT and Berger have not played this event since 2015. Koepka hasn’t played since 2014. Marc Leishman is here for the first time since 2017. Alex Noren has never played this event. The calendar is certainly pushing some guys to be here at El Camaleon with the last tournament of 2020.

Playa del Carmen is in the state of Quintana Roo, which is a very popular vacation destination on the shores of the Gulf of Mexico on the tip of the country. This has mostly been a scorer’s course with winning scores of -20, -22, -19, and -21 the last four years. As a coastal course, wind can obviously play a big factor.

Like most coastal courses, hitting the ball a mile isn’t really a prerequisite. A lot of fairways and greens are very reachable. That’s not to say that big hitters can’t get a leg up on the field, but the winners since 2013 when it stopped being an alternate event are Todd, Matt Kuchar, Patton Kizzire, Pat Perez, Graeme McDowell, Charley Hoffman, and Harris English. There aren’t many big hitters in that bunch.

This is a very lush and green course. It is in a very moist part of the country with dense mangroves and tropical jungle. Really errant tee shots could become a problem, but this Greg Norman design features a lot of margin for error.

Seven of the 18 holes played over par last year, most of them par 4s. The par 5s are good scoring holes and most of the par 3s play as good birdie holes.

The horse for course section is really interesting this week because the field is a lot stronger, but there are some regulars that play really well here. Pat Perez, who won back in 2017, has finished eighth and sixth the last two years. Harris English won in 2014 and then struggled for five years before finishing fifth last year. Abraham Ancer has back-to-back top-10 finishes.

Carlos Ortiz was second last year and ninth in 2015. Billy Horschel was eighth last year after finishing 21st in 2018. Joel Dahmen has two top-25 finishes here, including a T-6th last year. Harold Varner III has a couple top 10s over the last five years. Russell Knox was ninth, third, and second from 2018-16. Adam Hadwin had top-10 finishes here two years ago and four years ago.

Brice Garnett is probably the most accomplished here with five straight top-25 finishes and four in the top 11. He hasn’t won here, but he plays extremely well here.

Recent form may trump course form, as a lot of the guys in the field this week have not played overly well of late.

100% WELCOME BONUS TO BET ON GOLF AT MYBOOKIE SPORTSBOOK

Accuracy is a big deal on this course. The only way you really get in trouble is to spray a tee shot or find a bunker. Greens are very reachable in regulation and there are a lot opportunities to make birdies.

Of the short prices, Harris English at +1600 is a good look with a well-rounded game, but it would be nice to get a bigger number on him, which you can probably do with in-tournament wagering.

Another short price worthy of a look is Corey Conners at +3300. This course may not totally fit him because he hits it a mile, but he is a great ball striker. These greens aren’t too terrible and Conners has three top-10 finishes in his last four events. I think we’ll get a chance to take him early in 2021, but I’d be wary of taking him here.

I’ll look down the board here a bit instead. Joel Dahmen is +6600 as a guy that graded very well last season in the ball striking metrics, but had some putting issues. He was 31st in SG: Tee-to-Green and 44th in SG: Approach. He was 41st in SG: Total, but he’s not a super long hitter, so most courses are a bit of a challenge. Dahmen was 38th in driving accuracy percentage last season. He hasn’t been quite as accurate or polished this season, but the putter has been better and he scored a top-10 finish here last season.

Russell Knox has quietly played well this season. He’s 50th in SG: Approach over 13 measured rounds and 55th in SG: T2G. Knox has had major putting issues, but he must like the surfaces here at El Camaleon because he’s made the cut all seven times and has three top-10 finishes. He missed the cut last time out, but was 15th and 16th prior to that. He plays pretty well at coastal courses and has that European Tour background to play well in wind. At +8000, he’s a good gamble.