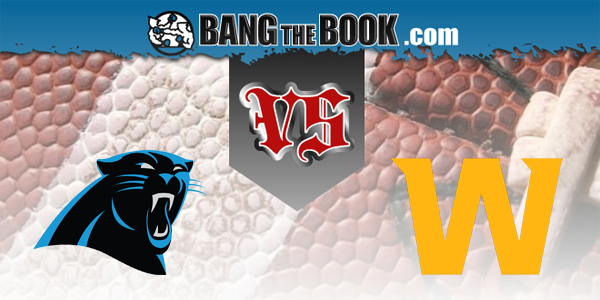 Injuries are a big part of the story line as the Carolina Panthers pay a visit to the nation’s capital (or reasonably close to it) to face the Washington Football Team in a game that is more important to the home team from a playoff standpoint. Kickoff is at 4:05 PM ET at FedEx Field in Landover, MD.

There had been some hope that Alex Smith could start at quarterback for the “Football Team,” and there was still that possibility on Sunday morning. But the likelihood isn’t there. Smith has a calf injury, and concerns linger as to the complications it could cause for his leg. So they want to be careful.

Dwayne Haskins would be the quarterback in his stead, and he has been adequate at best. Last week against Seattle, Haskins threw for 295 yards, but it took him 55 attempts to do it. So as he’s moving along at a putt-putt rate (6 ypa), this perhaps puts additional pressure on the defense.

The word is that Haskins isn’t going to be kept around for next year. They just don’t like his immaturity, and this latest incident where he was in a strip club without a mask was just another nail in the coffin. So this would function as an audition for a future employer, and under genuinely pressurized circumstances. At the moment Washington has a 6-8 record (7-5-2 ATS), and that is good enough to be the leader in the NFC East.

It is likely Haskins will have to work without Terry McLaurin, the team’s best receiver and a teammate from Ohio State, who is doubtful with an ankle injury.

We have, on more than one occasion, praised the Carolina coaching staff for making this team competitive in a transition season, and for the most part, without running back Christian McCaffrey, who is doubtful with various ailments, including a thigh injury. Joe Brady, the young offensive coordinator, has been able to figure a way to get the ball moving despite only having perhaps the top backfield weapon in football for only three games. The Panthers are seventh best in the NFL in yards gained per drive, an unusual state of affairs for a team with a 4-10 record (8-6 ATS).

The tough combination for Carolina is their inability to convert red zone opportunities into touchdowns. they’ve done so on only 52% of their opportunities, and that means only the Bengals, Giants and Jets have been worse. Meanwhile, when you look at this Washington defense, only the Denver Broncos have been stingier when it comes to keeping opponents out of the end zone when it comes to those red zone situations, and it’s been neck-and-neck.

In other words, while Teddy Bridgewater & Co. might be able to move the ball well between the 20s, that might not sustain itself the rest of the way.

The current strings for the Panthers are six consecutive road covers and eight covering efforts in their last nine as an underdog. That’s strong. But not sure the oddsmakers are being too generous with them in this instance. Remember that the “FT” has covered five straight games, and a couple of those have been with Haskins at quarterback. Over that period they have surrendered just 77 points (15.4 per game).

And these Washington players know this is a meaningful game on a personal level for Ron Rivera, who was fired by the Panthers with four games left last season in what came as a big surprise to him. A little payback maybe?

Yeah, maybe. A vote for the Daniel Snyders in this near- pick’em game.

BetOnline brings you down the home stretch in the NFL with the best of everything, and that includes any props who can imagine playing on this weekend’s games…….. And you most definitely want to check out Odds Booster, which offers greatly enhanced payouts on pre-selected parlays every day of the week…….. Open up an account using every possible payment method, including the digital currency of Bitcoin, and have an amazing time!