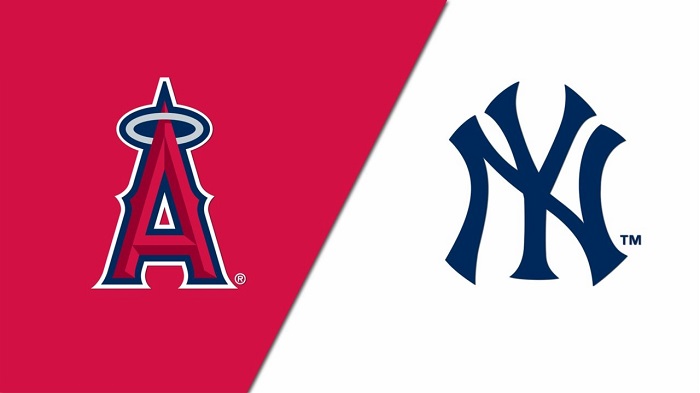 With only a month to go in the regular MLB season, the race for the postseason is heating up, and we have a hot AL duel on Wednesday, August 31, so make sure you don’t overlook the best Yankees vs. Angels betting pick and odds.

New York and Los Angeles will play the final of a three-game series at Angel Stadium of Anaheim, and the Yankees are -195 moneyline favorites on BetOnline Sportsbook, while the total is set at 7.5 runs. These American League foes have faced three times this season before this series, and the Yankees won all three in New York. However, the Angeles opened this series with a win, while Game 2 will be played on Tuesday night, at the time of writing.

Yankees are again on a losing streak

The New York Yankees managed to put a bad sequence of results behind them with five consecutive wins, but they returned to losing ways. The Yanks suffered a couple of defeats to the Oakland Athletics, which is quite disappointing, and then fell short to the Los Angeles Angels in the opening game of this series in L.A.

Aaron Judge blasted his 50th home run of the campaign, but that didn’t help his team to avoid a 4-3 loss to the Angels. Anthony Rizzo also hit a solo homer, but the Yankees didn’t have a single individual with more than one hit. Frankie Montas dropped to a 4-11 record after allowing four runs on eight hits with six strikeouts and no walks.

Angels edged the Yankees in the opener

The Los Angeles Angels are out of the postseason picture, but if they played like this for the majority of the campaign, they would likely be among the top six teams in the AL. Los Angeles won the last four games, which is only the second time this year they are on a four-game winning streak. They managed to sweep the Toronto Blue Jays on the road, which was rather shocking, and then opened this series with a W over the Yanks.

Luis Rengifo, Mike Ford, and Shohei Ohtani hit a home run apiece, while Mike Trout and Matt Thaiss had a multi-hit game as the Angels beat the New York Yankees 4-3. Jose Suarez improved to a 5-6 record after surrendering two runs on three hits with six strikeouts and three walks over 6.0 innings. Jimmy Herget earned his 4th save of the season.

Normally, I would back the Yankees to get a win here, but given how they are playing of late in combination with the Angels’ current form, I will avoid that bet. Although he lost two of his last three starts, I have to say that I am impressed with Patrick Sandoval this month. The 25-year-old lefty has a sublime 1.07 ERA in August after allowing just three runs in four starts. I know that the Yankees are very good against southpaws, but I am pretty sure Sandoval will keep them at bay for the first five or six innings. I am not saying he will lead the Angels to victory, but I am saying the hosts will stay close in this one.

Cole did experience a couple of disastrous starts in August and lost three out of five games (1-3), but he is one of the best pitchers in the game and I am sure he will not have another meltdown on Wednesday. Gerrit allows only a .170 batting average to the Angels batters throughout his career and just two homers and four RBIs in 94 at-bats. With Sandoval’s form right now, it’s hard to expect a high-scoring tilt here. Under is 4-1 in the last five H2H duels, Under is 17-5-1 in the Yankees’ previous 23 overall, while Under is 4-0 in the Angels’ last four on grass.