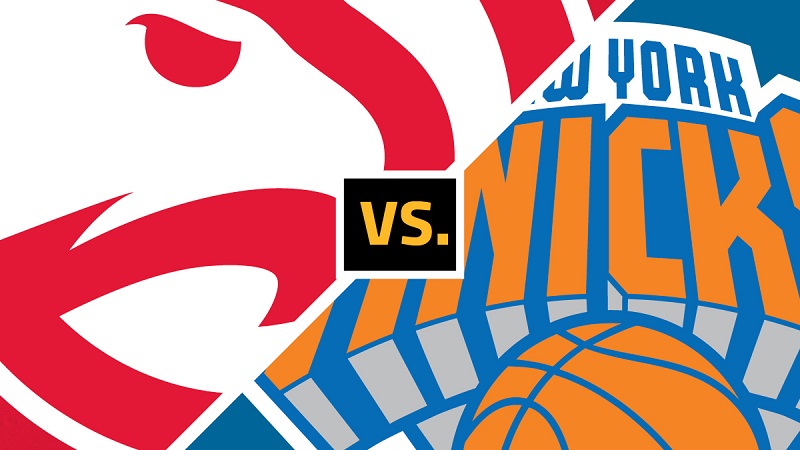 The Atlanta Hawks have the New York Knicks on the ropes. There is no doubt about that. And a big part of their success has been their ability to slow New York’s star player to a crawl.

Can they continue to do that – enough to bang their way to the next playoff round? They are up 3-1 and hope to clinch the series on Wednesday night at Madison Square Garden. Game time is 7:35 PM ET, and BetOnline allows you to place wagers on this game while it is in progress. Just go to the “Live Betting” tab in the sportsbook interface.

They also give customers the chance to bet on props that cover just about everything having to do with the game itself. And we’re going to concentrate on one of those props that has to do with the Knicks’ Julius Randle, an All-Star and NBA Most Improved Player award winner.

At home, the Knicks are favored by a point and a half, with a total of 208 points.

But of course, we’re focusing in another direction.

Let’s start off with this prop, for points scored by Randle in Game 5:

First of all, a little about the Hawks. They started out 14-20, and management thought the team they had was much better than the record. So they canned coach Lloyd Pierce and hired Nate McMillan, who’s been around for a while.

They went 27-11 for the rest of the regular season.

This is actually a pretty good-looking team. They’ve got an athletic power forward in John Collins. They have a VERY athletic guy in Clint Capela, who does what you really want a center to do in today’s NBA – he blocks shots, grabs every rebound and can run the floor, like the way he did when he was with Houston.

Then there are the shooters from the wing, like Bogdan Bogdanovic and Danilo Gallinari, both of whom can be the real difference-maker when they get hot.

Of course, everyone knows about Trae Young, who is one of the league’s great scorers. But the guy we want to talk about here is DeAndre Hunter, a first-round pick a couple of seasons ago who has come back from a knee injury to become a major factor.

Hunter played at Virginia, on Tony Bennett’s championship team, and you know that by virtue of that, he is no stranger to a defensive culture. That’s what the Hawks were thinking when they drafted him.

During this series, McMillan has tasked him with taking on Randle, at least much of the time, and the results have been outstanding, to say the least. Remember that the Knicks have been running their offense through Randle all season, so to stop him is to throw their offense out of kilter.

What Hunter’s done is keep Randle from getting shots from his favorite places, often making sure he can’t get as close to the basket as he likes. And he’s just been a pest in general. Then throw in the contribution of Capela in the lane, and things get difficult.

As a result, Randle has not been a major force in any of the first four games.

After averaging 38 points in the three meetings between these teams, Randle has made a total of 20 field goals in four games. He has shot 27.4% from the floor. And aside from Derrick Rose, the Knicks have not had dependable alternative options. That’s why they’re down three games to one.

Atlanta is getting enough offense from Young and enough support from, well, the supporting cast, that they can afford to have Hunter out there concentrating a great deal on Randle. And there is no reason to believe they will get off that defensive game plan.

And of course, that’s just one of many props on all the playoff games at BetOnline, which takes care of you every way possible. And after the game starts, you can keep the action going by clicking the “Live Betting” tab at the top of the sportsbook interface………. Opening up an account is really easy – use every conceivable method, including cryptocurrencies like Bitcoin, and get in the action right away!

NBA Playoff Betting – Nets Look to Run Celts Off Floor, Out of Series