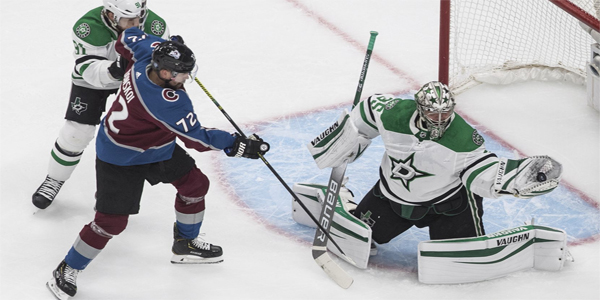 The NHL betting action continues Thursday, May 5, with the 2022 Stanley Cup First Round showdown at Ball Arena in Denver where Colorado hosts Nashville for Game 2, so here are the best Predators vs. Avalanche betting pick and odds.

The Predators fell apart in the opener

The Nashville Predators suffered a heavy loss in Game 1 this past Tuesday, allowing a whopping five goals in the first period. Matt Duchene scored a couple of goals for the Predators, but it was already too late.

Nashville took only 25 shots toward Darcy Kuemper. On the other side, David Rittich yielded five goals on 13 shots, while Connor Ingram surrendered two goals in relief. Juuse Saros, the Predators’ first-choice goaltender, sat out Game 1 due to a lower-body injury.

Saros is doubtful to play Thursday in Game 2, so the Predators will have to choose between Rittich and Ingram. Rittich went 6-3-4 with a poor 3.57 GAA and .886 save percentage last regular season, while Ingram was 1-2-0 with a 3.71 GAA and .879 save percentage.

The Avalanche cruised through Game 1

The Colorado Avalanche dropped six of their final seven games of the regular season. The Avs were obviously fired up to prove their worth in the postseason, so they trounced the Predators in the opening clash of their first-round series.

Nathan MacKinnon scored two goals and had one assist; Cale Makar accounted for one goal and two dishes, while Mikko Rantanen added three assists. The Avs took 45 shots toward the Predators’ net, while Darcy Kuemper posted 23 saves on the other side of the ice.

Kuemper was terrific in 2021-22, tallying a 37-12-4 record with a 2.54 GAA and .921 save percentage. He’s also recorded five shutouts, and Kuemper will look for another win against the Predators in Game 2. The Avs had the tenth-lowest scoring defense in the regular season, surrendering 2.86 goals per contest.

With Juuse Saros on the sidelines, the Predators are in big trouble. Saros was excellent in the regular season, and his backups are obviously not ready for the mighty Colorado offense. The Avs were scoring 3.80 goals per game in the regular season (4th in the NHL), and I’m expecting them to beat Nashville by two or more goals once more.

Colorado is undefeated in ten straight outings in May. Also, the Avalanche have won ten of their previous 13 contests on the home ice.

The opening game of the series saw nine goals on the scoreboard. The Avs went 2-for-5 with the man advantage, while the Predators converted one of their four power-play opportunities. Both teams struggled to defend with the man down in the regular season, so I’m backing the over despite a 6.5-goal line.

The over is 4-1 in Colorado’s last five games overall, 6-0 in Nashville’s previous six, and 15-2 in the Predators’ last 17 showings on the road. Also, the previous five encounters between the Avs and Predators have gone over the total.