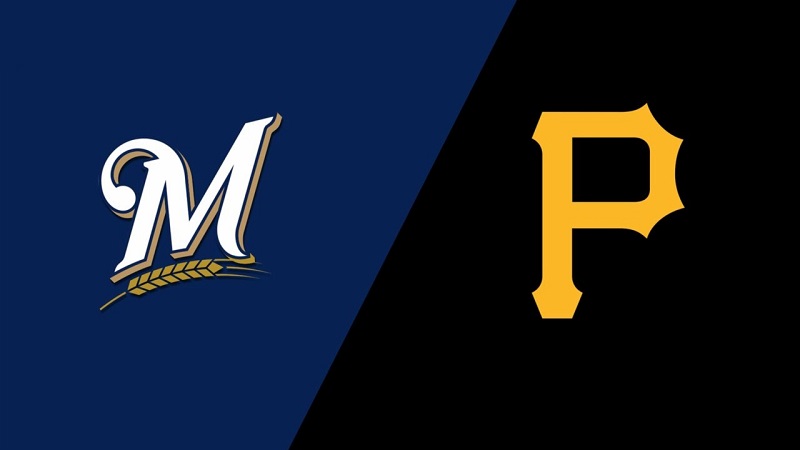 It will not be a family affair when Brett Anderson and Tyler Anderson get together on Tuesday, but the two lefties will be the respective starters for their teams when the Milwaukee Brewers and Pittsburgh Pirates square off on July 27. Brett and the Brewers are the favorites over Tyler and the Buccos with a price tag of -140 at Bovada Sportsbook.

The total on the game is 9 as both pitchers have had some struggles this season. The two offenses don’t really fit the mold of being high-scoring teams, but Milwaukee has been a lot better offensively of late.

The Brewers could be a major player this week at the Trade Deadline, as there are several offensive upgrades that look appealing. Milwaukee’s offense ranks 19th in wOBA for the full season, but ranks sixth in wOBA since the umpires started checking pitchers for foreign substances. Over the last 30 calendar days, Milwaukee actually boasts a top-five offense.

The Brewers have really struggled to hit at home this season, as they’ve been in the bottom five in wOBA at American Family Field. The Brewers don’t have great numbers on the whole on the road either, but at least rank in the middle of the pack in wOBA in that split. They’ve got a high walk rate, something that has helped their advanced offensive numbers, but they do still lack in the contact quality department.

Lately, just about everybody has gotten into the act, though the Brewers are still waiting for Christian Yelich to get going. He’s worked a ton of deep counts and nearly 46% of his plate appearances have ended in a strikeout or walk. He may need to get a little more aggressive and start trying to drive the ball. He has only hit six home runs this season.

The Brewers may need some run support on Tuesday. Brett Anderson has a 4.26 ERA and a 4.75 FIP, but he has a 6.42 xERA, a run metric that incorporates contact quality into the equation. Anderson has kept the ball on the ground, as he always does, but over 48% of batted balls against him have been hit at least 95 mph. He allows a ton of hard contact.

On the plus side for the Brewers, their outstanding bullpen got a day of rest on Monday and all hands will be on deck for the series opener. Devin Williams could even be activated as well.

The Pirates have had a rough, long season already, but it seems to be even longer the rest of the way. Adam Frazier was traded to San Diego, so Pittsburgh’s paltry offense lost the league leader in hits. Frazier was an All-Star, along with Bryan Reynolds, who could also be traded if the right deal comes along by Friday.

Even with Frazier for most of the season, the Pirates still managed to rank in the bottom five offensively in wOBA. They don’t strike out a lot, but also don’t make a lot of quality contact and actually go into this game with the league’s lowest SLG. They’re also the only team in baseball with fewer than 90 home runs.

Tyler Anderson could very well be traded by Friday. The 31-year-old left-hander on a one-year deal has a 4.35 ERA with a 4.26 FIP on the season. He’s seen big spin rate decreases since the crackdown on the sticky stuff, but hasn’t pitched that poorly in spite of it. He gave up six runs on June 15 to Washington, but five of those came in the first inning, including a grand slam.

Otherwise, Anderson has not allowed more than three earned runs in a start since May 21 when he gave up nine to the Braves. Even with that huge blow-up against Washington, Anderson, whose K% is down quite a bit, still has a 4.02 ERA and a 4.07 FIP in his last eight starts.

The Pirates actually played well over the weekend with a series win against the Giants, but they flew home missing Frazier and that could make for a real tough series here out of the gate. The Brewers have played really well in the bully role against inferior teams, something that they will be able to take advantage of here in this one.